Mainstream media coverage of the issue of mercury in vaccines never fails to insist that thimerosal – the mercury-containing vaccine preservative – has been proven safe. Coverage then typically focuses on the issue of vaccines and autism, and further hammers the position that the issue is settled. But these techniques are deceptive, and draw attention away from a very simple, scientifically accepted fact: mercury is powerfully damaging to the nervous system.

“There is no debate that mercury in any form is toxic,” Mark Hyman, M.D. has said. “Scientists may debate the differences in toxicity between different forms of mercury, such as ethylmercury (which is an ingredient in Thimerosal) or methylmercury (from fish). But all would agree that mercury is a potent neurotoxin.” 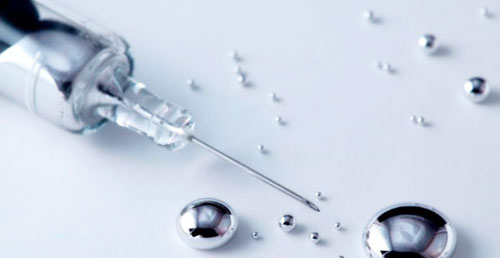 Thimerosal is a preservative that was first introduced into vaccines by Eli Lilly and Company in the 1940s. The chemical is 49.6 percent mercury by weight, and degrades in the body into ethylmercury and thiosalicylate. It is ethylmercury that provides the active “preservative” function, by killing foreign microbes. Because mercury is toxic.

The body is able to filter out small quantities of mercury without suffering harm, but that ability is at its weakest in young infants. Even in adults, adding extra mercury to the blood can be dangerous to people who are also being exposed to mercury from other sources, such as seafood or air pollution (coal-burning plants are the number one source of mercury pollution). That’s why many countries started removing thimerosal from their vaccines as long as 30 years ago.

“There is a broad consensus among research scientists that Thimerosal is a dangerous neurotoxin that should be immediately removed from medicines,” environmental activist Robert F. Kennedy wrote in his book Thimerosal – Let the Science Speak. “Several hundred peer-reviewed scientific publications by the world’s leading research scientists, public health agencies, universities, and teaching hospitals have confirmed that Thimerosal is a potent neurotoxin that has never been proven safe for medical use and for which cost-effective alternatives exist.”

In the United States, it took until 2001 for thimerosal to be removed from childhood vaccines. Even today, the preservative continues to be used in “adult” vaccines – including in flu shots that are also approved for use in children.

The link between thimerosal and neurological damage is not purely hypothetical. Numerous human and animal studies have shown that thimerosal is capable of causing direct neurological damage. A 2004 Columbia University study found that mice predisposed to autoimmune disorders developed autism after receiving shots containing thimerosal.

What about autism? The case is not nearly as closed as vaccine defenders would have you believe. For example, a 2009 study in the Journal of Child Neurology reviewed the results of a previous, well publicized study whose researchers claimed to have found no thimerosal-autism link. But the new analysis actually showed a small connection between the vaccine preservative and autism.

“Even a small effect can have major health implications,” the researchers wrote.

In tapes recorded prior to September 2014, Centers for Disease Control and Prevention (CDC) scientist William Thompson admitted to vaccine critic Brian Hooker that studies have shown that thimerosal-containing vaccines can produce tics.

“I can say tics are four times more prevalent in kids with autism,” Thompson said. “There is biologic plausibility right now to say that thimerosal causes autism-like features.”

Top 10 Tips for a stronger heart

South Korea to the US: No more wars for you