Researchers from the National University of Singapore (NUS) discovered the potential of using the anti-malarial drug artemisinin in combination with aminolevulinic acid (ALA) as a treatment for cancer. Specifically, they found that the anti-cancer properties of artemisinin are enhanced by the addition of ALA, a photosensitizer that can generate cancer cell-killing free radicals on exposure to light. (Artemisinin, by the way, is derived from wormwood herb, which grows like a weed in malaria-infested regions of the world.) 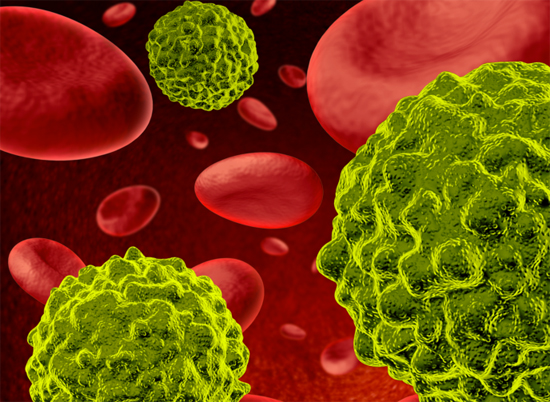 The team came to this conclusion after conducting a study based on one of their previous works. In the earlier study, they noticed that the parasite-killing effect of artemisinin was triggered by heme. This iron-containing compound serves as the non-protein component of biological molecules like hemoglobin, which in turn feeds the malaria-causing parasites that infest red blood cells. Once digested by the parasites, the heme stimulates artemisinin into action. The artemisinin attacks the proteins essential to the parasites’ survival and eliminates the parasites in the process.

The team’s latest efforts revealed that cancer cells have elevated heme levels and a greater heme biosynthesis pathway, most likely due to their higher metabolic rates. These qualities increased the potency of artemisinin, making it easier for the drug to attack over 300 cancer cell proteins.

The strength of artemisinin was further intensified with ALA, which the researchers used to boost the heme levels within the cancer cells. In addition to augmenting the capabilities of artemisinin, the combination of ALA and artemisinin had minimal impact on non-cancerous cells.

“Artemisinin and ALA are both existing drugs that are well tolerated by the human body. As such, this promising cancer treatment could have fewer side effects,” said study co-author Dr. Jigang Wang.

Professor Han-Ming Shen, another author on the study, added: “Having developed a better understanding of the anti-cancer activity of artemisinin in colorectal cancer, we will also be testing this combination treatment on other cancer types, such as liver cancer.”

The brief history of artemisinin

Artemisinin is an herbal compound derived from the Artemisia annua plant, more commonly known as sweet wormwood or annual mugwort. This hardy and herbaceous plant is native to the temperate regions of Asia, where it was commonly used in Chinese herbal medicine to treat fever. Artemisinin itself was first identified in the 1970s by the Chinese scientist Tu Youyou.

Tu, winner of the Nobel Prize in Physiology or Medicine 2015, came across artemisinin shortly after she was first tasked with finding a cure for malaria by Mao Zedong, founding father of the People’s Republic of China. In 1969, the then-39-year-old scientist became part of the secret medical research team known only as “Project 523”; the unit was formed in 1967 by Mao in response to the spread of malaria across the jungles of southwest China.

Along with the rest of the unit, Tu was sent to the malaria-stricken tropical island of Hainan. There, Tu personally witnessed the effects of the disease on the human body, stating: “I saw a lot of children who were in the latest stages of malaria. Those kids died very quickly.”

Back in Beijing, Tu got the idea of using Chinese herbs to beat the disease. The unit pored through ancient Chinese medical texts to find remedies and folk medicine to help the scientists identify plants with purported anti-malaria characteristics. They came across sweet wormwood — known in China as “qinghao” — in the hundreds-of-years-old text, The Manual of Clinical Practice and Emergency Remedies by Ge Hong, a fourth-century Chinese physician and alchemist.

After much testing, the team pinpointed an active compound in sweet wormwood that proved to be particularly effective in killing malaria-causing parasites. This compound would become known as artemisinin, and thus far had only been tested on infected mice. Tu then decided to test the compound on herself.

“As the head of this research group, I had the responsibility,” Tu explained.
Once the treatment proved effective and safe for humans, artemisinin became an important tool in preventing malaria and has helped save millions of lives since its discovery.

To read more stories similar in nature to this, go to AlternativeMedicine.news.