Are bacteria the secret cause of cancer? 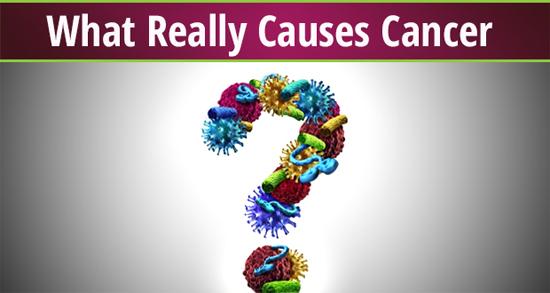 People with cancer have a bacterial imbalance – and antibiotics can successfully kill tumors. So does all this herald a new way of understanding cancer?

What causes cancer? Viruses, radiation, chemicals, genetics and smoking have all been tagged – but even just a few years ago, it was medical heresy to suggest that bacteria have any part to play. This theory has always been the demarcation zone between alternative cancer therapies and conventional treatments, but new research is beginning to find there’s something to it, and the discovery could even usher in a new era where antibiotics replace chemotherapy.

The shift has already started, and around a dozen research papers were published in 2017 alone in which doctors successfully treated cancers with antibiotics. Leading from that, it’s possible that prebiotics and probiotics could become important cancer preventatives, says a research team that made a major discovery: there’s a bacterial imbalance in the breast tissue of women with breast cancer that’s not there in healthy women.

In fact, breast tissue seems to have its own “mini-microbiome”, the Cleveland Clinic researchers discovered. Although the microbiome is the word du jour among medical researchers, it was assumed to be located exclusively in the gut, where the delicate balance between good and bad bacteria can determine the course of a range of diseases, even depression.

In their study, the researchers compared tissue samples between 78 patients who had either a mastectomy for breast cancer or who underwent cosmetic breast surgery, as well as testing their saliva and urine. The samples from cancer patients had higher levels of bacteria such as Staphylococcus and Actinomyces, while breast tissue from healthy women had more of another bacterium, Methylobacterium.

Other researchers have discovered similar bacterial imbalances. A research team from the University of Wisconsin at Madison also found that the bacterial environment in breast tissue samples differs between women with breast cancer and healthy women. In their tests, they found that women with breast cancer had more of a bacterium that is known to cause DNA damage and lower amounts of lactic acid bacteria, which have anticancer properties.

All of our organs may have their own mini-microbiome, and localized bacterial imbalances could presage disease. “In our wildest dreams, we hope we can use microbiomics right before breast cancer forms and then prevent it with probiotics or antibiotics”, said Charis Eng, lead researcher of the Cleveland Clinic study.

Yes, up to a point

It’s not a completely outlandish idea to the world of conventional medicine. It’s accepted, for instance, that the bacterium Helicobacter pylori, responsible for ulcers, can also trigger stomach cancer, and it additionally has a part to play in non-Hodgkin’s lymphoma. A subset of gallbladder cancers are linked to Salmonella typhi bacteria, and there’s a relationship between bacterial infection and colorectal cancer, says Charles Rabkin, at the US’ National Cancer Institute.

That’s about as far as medicine is prepared to go right now – and yet researchers are having success in treating a range of other cancers with antibiotics. Salinomycin is one such antibiotic that can cause apoptosis – or cell death – in a range of cancers. In laboratory tests, it has shown a promising ability to kill brain cancer cells, while in another study it was successful in killing colon and breast cancer cells.

Whether the bacteria are causing the cancers or are somehow involved in the process that allows them to grow is more problematic. Medical researcher David Hess, now a professor of sociology at the Vanderbilt University in Nashville, thinks they are a “contributing agent”. In his book Can Bacteria Cause Cancer? (New York University Press, 1997), he posits: “In human bodies that are immunologically compromised by poor diet, exposure to carcinogens, and other risk factors, can the emergence of latent bacterial infections contribute to tumor genesis and/or promotion?”

Other researchers aren’t prepared to go that far. Aside from conceding H. pylori’s role as a cause of stomach cancer, they suspect that bacterial infections happen once tumors start to develop. “Often it can be difficult to determine if the bacteria caused the tumor or if the tumor developed before the bacterial infection. Given the potential pitfalls, open-minded skepticism is needed in serious consideration of other bacterial causes of cancer”, said Rabkin. This would suggest that bacteria are passive passengers, or by-products, as cells become cancerous, but it doesn’t explain the success of antibiotics in killing the tumors themselves.

It’s an argument that has ricocheted around medicine for more than a century. The idea that cancer was a bacterial infection was proposed as early as the 1770s, when it was cited as a cause of lung cancer, but the theory was quickly found to be false. A more serious challenge was made by Scottish pathologist William Russell, who announced in 1890 that he had discovered “parasitic forms” in every case of cancer he had examined. The size of some of the forms suggested were fungal or yeast-like. But others weren’t convinced; the “Russell bodies”, as they became known, were the by-product of cellular degeneration, they concluded.

Cancer researcher Ralph Moss has a more skeptical take. The rejection of the bacterial theory coincided with the emergence of radiation therapy at the turn of the 20th century, and the final blow was the introduction of chemotherapy after the Second World War, he argues.

In his research on the subject, Moss said he found a history of suppression and ridicule for any who continued to hold to the bacterial theory, and this destroyed the careers of many naysayers, including William Coley at New York’s Memorial Hospital (now the Memorial Sloan Kettering Cancer Center), Royal Raymond Rife, and biologist Gaston Naessens.

But there’s another theory still that blows open the whole debate: it’s not cancer at all. Instead, it’s tertiary – or late-stage and untreated – syphilis, a bacterial infection that is known as the “great imitator” because it mimics many other diseases, including multiple sclerosis, hernia, hemorrhoids and cancer.

A further clue is that several antibiotics that have been successfully tested on cancer cells – such as Minocycline and Salinomycin – also happen to be the front-line drugs for treating syphilis.

The difficulties in differentiating between syphilis and cancer have been outlined by Dr. Lawrence Altman, the New York Times resident medical correspondent. He cites the case of one doctor who was convinced that a young man with a painless sore on his penis had cancer and sent a biopsy to a pathologist, who was unable to come to a diagnosis, and so he, in turn, sent it on to a colleague who was finally able to identify it as syphilis.

If never treated, syphilis can reappear even decades after the initial infection to damage the heart, aorta and bones, and cause paralysis and dementia. And, as Dr. Altman’s case study demonstrates, even under the microscope, syphilis can look like cancer.

Doctors and researchers who have persisted with the idea that bacteria can cause cancer have seen their careers – and even their lives – ruined.

An early pioneer was Dr. William Coley, a cancer researcher at New York’s Memorial Hospital (now the Memorial Sloan Kettering Cancer Center), who developed a bacterial vaccine therapy for cancer patients in the 1890s. Called “Coley’s toxins”, the vaccine was supposed to kick-start the patient’s immune system into fighting the cancer.

His legacy didn’t last long at the hospital, even though the vaccines were still being used by his son. The hospital’s director, Dr. Cornelius “Dusty” Rhoads, stopped all production of the vaccines in 1955, and the final nail in the coffin was administered by the Food and Drug Administration (FDA) in 1963 when it ruled that Coley’s toxins had to pass the most rigorous tests if they were to remain on the market. There was no funding for this, and to this day, Coley’s toxins are not available in the US.

Despite these roadblocks, the toxins became the precursor of today’s immunotherapy – which stimulates the immune system to fight disease – and were taken up by another doctor, Virginia Livingston, who was eventually served with a cease-and-desist order for her troubles.

Royal Raymond Rife was treated less kindly. He developed the Rife Machine, an “electronic frequency” device that he claimed would destroy cancer-causing microbes. Initially embraced by America’s medical establishment, he was destroyed by a disgruntled partner who was persuaded to sue him, while doctors who used the machine were threatened that their licenses to practice medicine would be revoked. Rife ended up an alcoholic teetering on bankruptcy; he died in 1971. The Rife Machine is still banned by the FDA.

Biologist Gaston Naessens was charged with illegal medical practices in France when he developed a camphor-based drug called 714-X. He moved to Quebec where, years later, he faced a murder charge on the basis that his treatment directly led to the death of a patient. Naessens argued the patient was already close to death; the jury agreed, and he was acquitted.

German physician Kurt Issels fought his own battles in court when he was charged with manslaughter and fraud after he had used anticancer vaccines on patients. Again, he eventually won the day, but it was an expensive victory.