Are you watching out for those NWO changes? 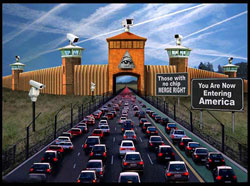 So, given this, it could also be said that the prevention of the NWO agenda will be made by more and more vigilant discerning people with raised awareness noticing those attempted NWO changes then stepping in and stopping them from happening.

Indeed, it’s up to all of us to watch out for those related NWO changes and play our preventive part by getting active.
Keep on questioning. Ask “Who benefits?” and never give up searching for the big picture. Never readily accept the authorities no matter whom or what they represent… while the same goes for the general consensus of the masses.

Remember, in times of observing or experiencing personally challenging situations, “everyone’s a journalist”. That is, most of us carry an application having an audio recording facility, a camera or perhaps a word processor to capture the situation which can then be used to alert people, let them know what you’ve seen or been through.

Make no doubt about it: the ongoing NWO agenda isn’t just something that goes against humanity and people’s innate philosophy or merely a subject for political disagreement… No! 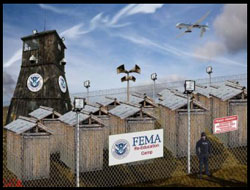 It steps into the area of self-defense and knowing how to deal with it. The ruling elite may well want to see you, your family and friends dead as part of the massive population reduction agenda to handle the planet’s overpopulation.
Remember: the ruling elite wants to see a world population of around half a billion so they can more easily manipulate and control the human race!

And, by the way, the overpopulation claim is overplayed. Overpopulation only exists in concentrated areas. Another factor is that the world’s increasing population rate is slowing down and according to some should level out over the next 10-20 years because birth control is improving in third world and developing countries.

Break away and form your own communities if this calls and inspires you. Decide what’s true for you, your friends and family. Learn in your community to be united, self-sufficient and have the ability to be discerning at all times.

It is hoped that this all-too-brief overview has nevertheless encouraged readers to get active.