Australia to Search Out and Prosecute Anti-Vax Nurses and Midwives; Calls For Public to Turn Them In

While Australia whines about the lack of democracy and freedom in places like Syria, it is doing everything in its power to ensure that nothing resembling either of those things is allowed within its own borders.

Apparently having found itself in a race with France, Germany, the UK and the United States, for which country can eliminate personal liberties, freedom of speech – or even thought – while launching wars all across the world on the basis of protecting those things, Australia is proving itself to be a capable competitor. 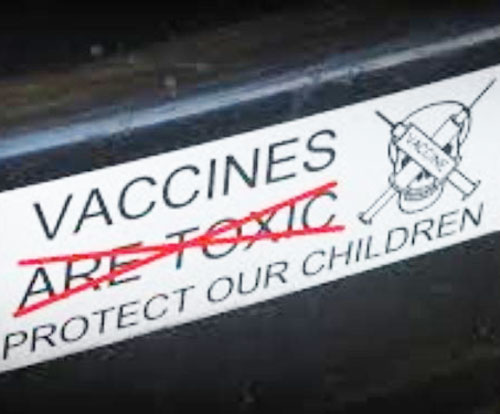 The examples of Australia’s thought control policies are legion, but the most recent is surrounding the vaccination hysteria in the ability of free adults to choose whether or not they accept toxic chemicals (or life-saving medicines with no side effects) into their bodies.

According to a report by the Guardian, the Nursing and Midwifery Board of Australia (NMBA) has announced a fatwa (declaration) of jihad (war) against nurses and midwives who discourage vaccination or are critical of vaccines.

After releasing “vaccination standards” the board’s statement reads: “The board is taking this opportunity to make its expectations about providing advice on vaccinations clear to registered nurses, enrolled nurses and midwives. The board expects all registered nurses, enrolled nurses and midwives to use the best available evidence in making practice decisions.”

Of course, when the board says “best available evidence” it means vaccine fanaticism and unquestioning adherence to faith-based science.

Under Australian law, promoting false, misleading or deceptive information will be prosecuted by the Australian health practitioner regulation agency. The NMBA is specifically targeting nurses and midwives who question the safety or effectiveness of vaccination via social media.

The statement goes even further by urging members of the public to report nurses or midwives who are doing so – even on social media.

Obviously, Australia must consider one of its founding documents to be George Orwell’s 1984, although we are afraid Australian leadership may have missed the point of the book.

Professor of Midwifery at the University of Western Sydney, Dr. Hannah Dahlan supports the new policy. She says “I agree that they have a very serious obligation to provide the best available evidence, and it is of course concerning that some are taking to social media in order to express a position not backed by science.”

But Dahlan also says that she is worried that the policy may have some unintended effects. “The worry,” she says, “is the confirmation bias that can occur, because people might say: ‘There you go, this is proof that you can’t even have an alternative opinion’. It might in fact just give people more fuel for their belief systems.”

In all fairness, neither Dahlan nor the NMBA are saying you cannot have an alternative belief that contradicts the Borg (A race of cybernetically enhanced beings who assimilate other races into their group, in an effort to become the perfect race. Here, the reference is to the malefic elite controling the planet from the shadow.). They are merely saying that if you express that belief even on social media, you will lose your job, have your license to practice taken away and possibly be sent to jail.

If anyone ever proved Voltaire’s statement that in order to learn who rules over you, simply find out who you are not allowed to criticize – the NMBA has closed the case.

Remember, when Dahlan worries about positions that are not backed by “science” she does not mean science, but Big Pharma, the NMBA that Big Pharma owns and the Australian government. Coming from a government that only 40 years ago did not even consider its indigenous people to be humans, we definitely say there is room for error.

Predictably, the Australia Medical Association (AMA) is getting in on the act too. The AMA President, Dr. Michael Gannon stated: “Immunization saves lives. That is an undeniable fact”. Notwithstanding the redundancy of the latter part of the brilliant Dr. Gannon’s statement, that immunization saves lives is very deniable and is in no way a fact.

Gannon also touted the government’s no jab, no pay policy as having improved public health because 6,000 children whose parents who had previously registered as conscientious objectors were effectively threatened with the possibility of not being able to feed those children, losing them, or losing their homes – into vaccinating. Of course, Gannon’s statement proves nothing, except that 6,000 children were vaccinated, not that public health was improved.

Indeed, according to Gannon’s logic, we could disembowel 795 million people and claim that we eliminated world hunger. Thankfully, no one is arguing to do that, but let’s hope that Dr. Gannon is never made president of the World Food Program.

In all seriousness, however, the new initiative by the NMBA is just yet another example of the downward spiral of Australia and most of the Western world into authoritarianism and into a scientific dictatorship. While Westerners shiver in fear over Vladimir Putin defending his borders, they are none the wiser as their own countries march directly down the same path as Russia in the early 20th century.