Trying to answer the “big questions” of life and grappling with spiritual matters are things everyone typically goes through at some point. An existential crisis deals with questions of our existence: Why am I here? What is my purpose in life? Are we alone? Is there a God? What happens when you die? Are my loved ones okay in the afterlife? 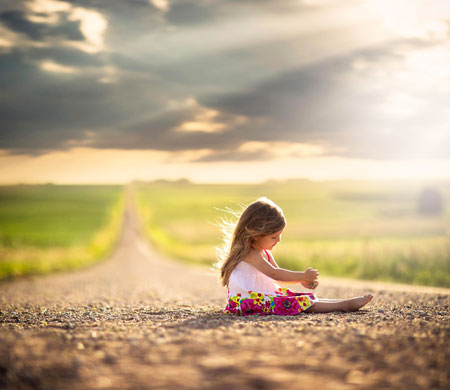 However, not only has society made it astonishingly easy and tempting to avoid that inner dialogue for your entire life – just passing the time away with mindless distractions, medications and consumerism – but, it actually hammers you back into line if you start to question the matrix.

So while you may feel like something is seriously wrong with you for having an existential crisis and for feeling “blue” – please know that you are actually coming into consciousness and that is a perfectly normal reaction to a messed up world with cultural norms that most people never question at all.

If your mind seeks reassurances and prefers some scientific reasoning to shoo away the chatter that begs you to fix your feelings and plaster on some happiness like paper mâché – then take heart, because there is some scientific explanation.
You are the mental warrior, not the people who glide through life without grappling with the deeper issues.

Congratulations, You Normal and Sensitive Spiritual Samurai!
You’d have to be really special for the upper echelon to spend so much time, money and energy inundating you with the message that something is wrong if you are not happy and unquestioning all the time. (On a side note, someone wrote a book about this social phenomenon called Brightsided: How Positive Thinking is Undermining America).

A new Case Western Reserve University study asserts that the fear of confronting the tensions and conflicts brought on by existential concerns – the “big questions” of life – is linked with poorer mental health, including higher levels of depression, anxiety and difficulty regulating emotions. It looks like avoidance of these issues is actually worse in the long run despite the chipper appearance of those who don’t dive into the dark night of the soul. 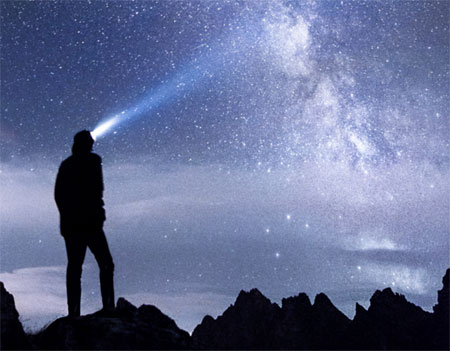 Julie Exline, professor of psychological sciences at Case Western Reserve and co-author of the research says: “Religious and spiritual struggles – conflicts with God or religious people, tough questions about faith, morality, and the meaning of life – these are often taboo topics, and the temptation to push them away is strong.
When people avoid these struggles, anxiety and depression tend to be more intense than if they faced these struggles head-on.”

She adds that people who more fully embrace these struggles with fundamental beliefs and values report better mental health than those who do not.

The Untethered Soul: The Journey Beyond Yourself

The study called Suppressing spiritual struggles: The role of experiential avoidance in mentalhealth looked at 307 adults about recent life experiences.

Published in the Journal of Contextual Behavioral Science, it concluded that people who are unable to accept their own spiritual struggles may discount entire groups of people based on their differences.

Aside from that, Exline said: “People seem to be more emotionally healthy if they’re able to accept troubling thoughts. Looking at spiritual questions in an objective way seems to help. You may or may not work through them, but at least you can tolerate having them.”

“Regular spiritual avoidance can make it difficult to identify, work toward or experience the qualities that lend a sense of purpose to life” Exline adds, noting that avoidance and escaping every now and then are all right if they don’t become habitual or run roughshod over your goals.

The Obstacle Is the Way: The Timeless Art of Turning Trials into Triumph 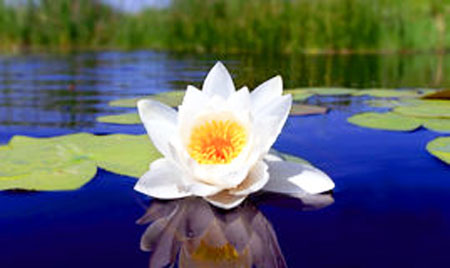 Then she said something that turns the whole “change your thoughts, change your life” motto-s on their heads. Trying to put away those existential thoughts actually expends more precious energy then letting them come up to the surface.

Here is a shareable meme that illustrates that point: “Continually being re-visited by these thoughts can create strains on emotional health, especially if a person sees this kind of questioning as morally unacceptable and dangerous” Exline said.

While the world and its humanity can be a beautiful place, accepting the harsh realities of it wouldn’t be complete without a crisis, some anxiety and sadness – especially when everyone acts like everything is fine and something is wrong with you. Take heart, nothing is wrong with you and things are better in the long run if you shut off the TV, radio, iPad, put away the magazines, laptop and minutiae to spend some time in nature allowing the struggle to just be, and get your attention a bit.

Start to notice other people’s reactions to the bigger questions – watch how quickly they scurry and distract themselves or drown that inner voice. Maybe you can be the warm hand on their shoulder that brings them the good news: “You’re normal… it’s okay”.