Benefits of sacred sage: from smudging to drinking 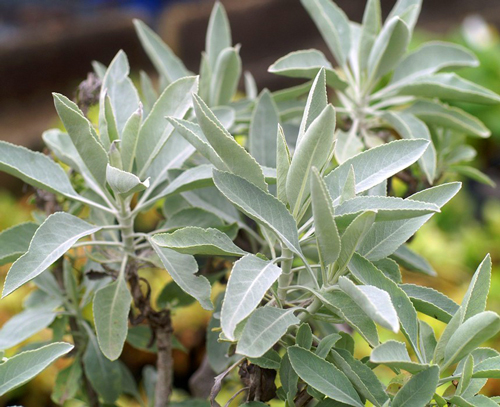 Cannabis has taken the healing herb spotlight in the Western world for many years. It is recorded that recreational use of marijuana was first introduced to American culture after the Mexican Revolution in 1910. From there it has remained an herb of controversy. In recent years, studies have proven marijuana to be effective in treating glaucoma, improving lung health in cigarette smokers, reducing epileptic seizures, decreasing anxiety, stopping cancer cells from spreading, easing pain associated with several disease processes (i.e. multiple sclerosis and arthritis), calming the effects of post-traumatic stress disorder, and providing a host of other physical, mental, and spiritual benefits to users.

Kudos to the powerful plant, but let’s not forget that there are many healing herbs in the world – each holding a unique vibration and providing an assortment of benefits to the mind, body, and spirit. Below we will discuss the physical and spiritual benefits of sage – a powerful, legal medicinal plant, but first let’s chat about the “elephant in the room”…

Of course there are always skeptics eager to point out the negative effects of marijuana. Consider this… In Western medicine every medication comes with side effects, risk factors, or warnings for use. For example, most doctors recommend that men and women who have had a heart attack or stroke take an aspirin a day as a prevention method, but an aspirin a day could be detrimental to an individual with a clotting disorder. This same concept applies in herbalism. Red raspberry may cause early labor and miscarriage for a woman in her first trimester of pregnancy, but helps prepare the body for smooth delivery in the third trimester. The point is that everything isn’t for everyone and it is important to use discretion and wisdom when it comes to medicinal plants used for mental, physical, or spiritual well-being.

That being said, let’s talk about sacred sage. Sage is commonly used by Native Americans and other indigenous cultures to purify environments, increase intuition, and stimulate healing. It is also believed to be a conduit of Godly messages. The Latin name for sage is formed from “salvare”, which literally means to heal. Native Americans also drink, and eat sage in addition to using it in poultices, steams, and salves. There are more than nine species of sage that grow in America, all of which are legal and highly recommended for smudging and drinking.

Benefits of External Use:

Beyond the benefits listed above, sage is regarded as the gold standard for removing negative energy and restoring balance in living spaces and our own auric fields. It is often combined with cedar and sweet grass in Native American smudging ceremonies.

Six Small Things That Are Messing With Your Sleep

Nanotechnology: the hidden danger in food and thousands of consumer products