Benjamin Fulford 4-16-18: ‘Revolution may start in France as crazy Zionists try yet again to start WW3’ 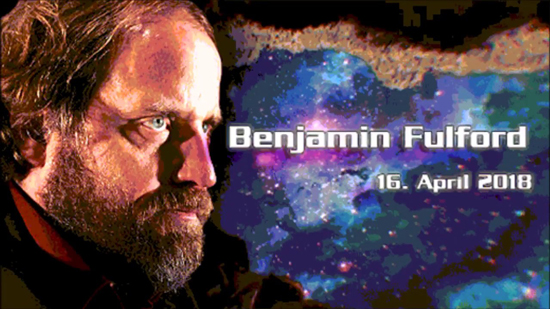 The insane religious-fanatic Zionists who have been trying for years to start Armageddon have failed yet again in their latest attempt, this time in Syria. They now face serious repercussions, possibly starting with a revolution in France.

Before we get into the details, let’s remember what it is we’re dealing with here. It is difficult for sane, reality-based people to understand that the Western political and financial establishment has been hijacked by religious fanatics who are trying to carry out their interpretation of Biblical prophecy with the murder of 90% of humanity and the enslavement of the survivors. Nonetheless, overwhelming evidence shows this is exactly what is going on.

We will not lay out, yet again, all the evidence here; we will just look at what U.S. President Donald Trump’s son-in-law Jared Kushner has been up to. The Kushner family bought a building on 666 Fifth Avenue in New York at way above market prices.

And yes, despite a major attempt to scrub this information from non-“conspiracy” websites, we can confirm that Lucent Technologies was based there and was developing an implantable RFID chip. Here is an article from a science magazine about what these chips are intended for.

We must also remind ourselves that Kushner is a member of the radical Chabad sect that aims to have 2,800 slaves for each of its followers after the rest of humanity is killed. In other words, it is possible to factually confirm that the son-in-law of the president of the United States is part of a group that is trying to actually turn the following Biblical prophecy into reality:

Revelation 13:16-18
“Also it causes all, both small and great, both rich and poor, both free and slave, to be marked on the right hand or the forehead, so that no one can buy or sell unless he has the mark, that is, the name of the beast or the number of its name… and his number is 666.”

At this point, it is worth reminding readers that this verse is from the New Testament and not the Jewish Old Testament, so this is not a Jewish plot and these people are not real Jews, but rather worship Satan. Once again the old adage “Truth is stranger than fiction” is turning out to be true.

Now we can start to pin this to recent news events. First, take a look at the photograph in this link of Trump meeting with Chabad leaders on March 29th.

After meeting these people, Donald Trump signaled his reluctance to go along with their crazy plot by announcing the U.S. was going to withdraw from Syria. So what happened? Why did Trump suddenly order the attack on a Friday the 13th night, of all dates?

The answer, according to CIA and other sources, is that the Khazarian Zionist crazies, desperate as their control grid collapses, carried out a massive campaign to force the U.S. and Russia into World War 3 and thus start their long-planned Armageddon.

The key was the raid on the offices of Donald Trump’s lawyer, Michael Cohen, on April 9th. The aim of the raid was to find material with which to blackmail Trump and thus force him to order an attack on Russian troops in Syria and start WW3, according to CIA and Pentagon sources. Since Trump’s Atlantic City casinos went bankrupt in 1991, 1992, 2004, and 2009, and since Trump was likely to have been bailed out by Russian gangsters and other dubious characters, there can be no doubt that plenty of blackmail material was found.

The U.S. military responded by posing for this picture on the night of the raid. 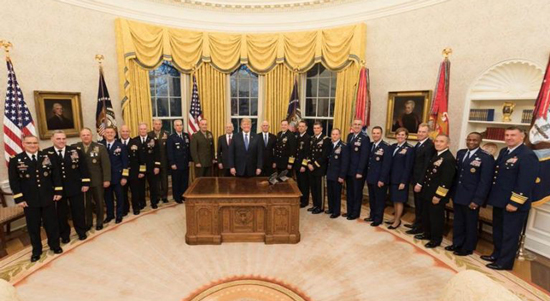 “The message is that the U.S. military is solidly behind president Trump” and “the message to the cabal is indicated by 9 on the left and 11 on the right” Pentagon sources say.

The U.S. military nonetheless went ahead with the April 13th attack on Syria because of a deal reached with the Russian military and the Syrian government, the sources explain. In this deal, the U.S. military was given three authorized targets inside Syria – a derelict building scheduled for demolition, and two empty airbases – in order to deprive the Zionists of an excuse to expose Trump’s dirty laundry, while at the same time avoiding a world war.

In addition, the “Syrian missile strikes pave the way for U.S. troop withdrawal, and Trump tweeting ‘mission accomplished’ was aimed at George Bush Jr. and the perps behind 9/11” say the Pentagon sources.

The Khazarian satanists (Zionists) have also cried wolf about the Syrian government attacking its own people with poison gas so many times (at least 6) that even the brainwashed majority no longer believe their lies. One meme going around after the latest attack showed how ludicrous the official story was by noting: “We are bombing Syria because Syria is bombing Syria”.

Then we have White House Press Secretary Sean Spicer saying that “The goal for the United States is… to make sure that we destabilize Syria”.

The U.S. military has also made another move against Khazarian control of the media by forcing Martin Sorrell, the head of WPP, the world’s largest advertising company, to resign in the beginning of April, Pentagon sources say. Also, the Harvey Weinstein scandal has “dashed Disney CEO Bob Iger’s presidential ambitions” they note.

There is now going to be even more serious payback for this attack based on easily and widely-proven lies. The first casualties are likely to be the Khazarian mafia slave governments of the UK and France.

The situation in France is becoming especially critical. Fabrice P.J. Dubordieu, the Foreign Affairs Adviser for the French National Transition Council, speaking for the Council, said that the French military and police are on the brink of open revolt against their “impostor government”.

According to Dubordieu, once French President Emmanuel Macron took power through a stolen election, he immediately got into a fight with “highly respected Général Pierre de Villiers, which led to his resignation the on 19th of July 2017”. His replacement by yes-man Général François Lecointre, whose reputation is tainted by his involvement “in several dirty operations in Africa” and who is “not respected by his peers” is “one of the many” reasons for tension with the army, he says.

The transition council reports that strikes are being carried out by the judiciary, the riot police, and the regular police.

Judges and lawyers are upset and have been staging walkouts because so-called “judicial reforms” are eroding their power and restricting human rights, they say.

They report that the Compagnies Républicaines de Sécurité, or anti-riot police, are not allowed by law to strike, so instead they have been collectively calling in sick because they are exhausted from fighting French students, union workers, and environmentalists, many of whom are members of their own families.

The 100,000-strong French National Guard has had bad relations with Macron since the beginning of his government and is getting ready to arrest the entire regime, the council says. The situation has gotten so bad that Macron has recently stationed 500 EU troops at the French Guards barracks in Versailles, they say.

Not only that, but the council is getting reports of mercenaries being stationed along the Belgian and German borders with France. “Hiring foreign and/or irregular forces for riot safety is actually textbook treason – if not by law, at least in the minds of our people and military personnel”, Dubordieu says.

The Syrian attack order by Macron is aggravating the situation, he says. “Our imposter government is blaming Syrian President Assad, citing intelligence we can’t really access”, he notes. In the end, the French military said they could not send their only aircraft carrier to participate in the attack “because it was in the dock for repairs” and instead a smaller ship fired a few token missiles.

In any case, the transition council says a big push was being made for May 5th. “Students from the universities of Montpellier and Strasbourg, during their general assemblies, voted for the occupation of the Elysée Palace” on that date, he says. “It will probably be followed by students from other universities very soon,” he adds. Macron, for his part, plans to be hiding in the remote South Pacific territory of New Caledonia on that date, he notes. 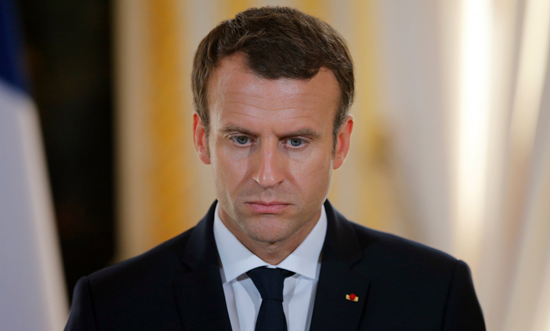 “The French Republic is definitely entering a severely degraded mode! The transition is approaching”, Dubordieu concludes.

British media report that the situation with the slave government of Theresa May in the UK is also increasingly fragile following the “obviously nonsensical” attack on Syria that was supported by less than a quarter of the population. May carried out the attack without a vote from Parliament because “she knew she would lose”.

The Japanese slave government of Shinzo Abe, while it did not participate in the latest Syrian farce, is also teetering because of Abe’s involvement in corruption and war crimes. There are now huge daily demonstrations in front of the Japanese Parliament calling for his resignation.

Meanwhile as the old order continues to collapse, big moves towards a more cooperative world were seen in the congregation of various navies in the South Pacific, according to Asian-based CIA sources. Here is their report:

“The real reason for the navies to go to the Pacific Ocean is that a huge deposit of Rare Earth Elements (REE’s) used in the Secret Space Program was recently found about 600 miles south and east of Tokyo, Japan – enough metal to keep the space program going for decades.

The problem is harvesting these metals at up to 3,000 meters deep, something retired French Captain Jacques Cousteau was working on when he died. Now his old ship Calypso has been refitted and upgraded with the latest technology and is in the region helping figure this out, along with American, Chinese, and Russian military ships armed with high-tech underwater radar systems.

Apparently there is also a very large deposit of Rare Earth Elements found on the floor of the South China Sea, including a vast amount of Platinum mixed with PGMs (Platinum Group Metals). This is another reason for the ‘Great Underwater Wall of China’ around the perimeter of the Nine-Dash Line established by China in 1947.”

In a move related to this resource grab, Pentagon sources say “the Vanuatu volcano eruption may dissuade China from building any military base so close to Australia”.