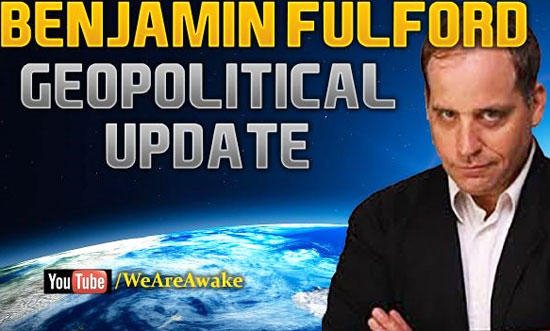 The rogue states of Saudi Arabia and Israel are under massive attack from a Russian, Chinese, Pentagon and Iranian alliance and will have no choice but to surrender. It is only a question now of when, not if. When these rogue regimes surrender, their leadership is going to be forced to expose who gives them their orders and they will point to Rome and the black sun worshippers at the P2 freemason lodge. These are the self-appointed social engineers behind most of the world’s troubles. Once they are exposed, it will be game over and a world revolution leading to world peace will take place.

The P2 Freemason leaders who are behind such acts of terror as 911 and Fukushima are sick with worry these days because they can see a dragnet closing in on them from all sides. This writer’s verified claims about their involvement in these horrors, for example, are going viral.

The lawsuits against Saudi Arabia by the families of the victims of 911 are one key source of worry. That is because the lawsuits will inevitably lead to the secret Western controllers of Saudi Arabia. In the UK, for example, the Labour Party, that is poised to seize power, has joined the 911 victim’s families in demanding that the UK government release its secret report on Saudi Arabian funding of terror groups. The government of Prime Minister Theresa May says they cannot make this information public “for national security reasons”.

What they really mean is that exposing Saudi Arabia’s involvement would expose the involvement of people like former Prime Minister Tony Blair in 911. Since Blair went to former pope maledict (Pope Benedict XVI) for protection after he lost power, you can be sure the trail from Blair leads to Rome. Then we have Iranian Foreign Minister Mohammad Zarif being quoted in English language media as saying that 94% of world terrorism can be traced to Saudi Arabia.

Once again, if you look behind Saudi Arabia and its pseudo-Muslim Satan worshipping ruling family, you will find the P2 and their black sun. Now, the US military has allowed the Iranians and Russians to deploy along the border between Syria and Israel as well as along the Saudi Arabian border, causing the Israelis to freak out.

The US military is now concentrating its military in the Middle East on annihilating Daesh, which is an Israeli and Saudi Arabian front. So the US military is de facto in an alliance with Iran and Russia against Israel and Saudi Arabia. Now Turkey has made public the locations of US bases in Syria even as it buys Russian S-400 missile defenses. Pentagon sources say this leak was deliberately made to show a US, Russian military alliance in the Middle East. This is happening as Germany withdraws its troops from Turkish airbases and stops selling arms to Turkey.

Remember, Turkey has the largest army in the NATO alliance after the US. Turkey’s strongman Recep Erdogan has been flipping and flopping back and forth between Russia and NATO depending on who seems stronger. Remember it was not that long ago that Erdogan asked for NATO help after his armed forces shot down a Russian fighter jet. Now he seems to be working with Russia and the US military against NATO.

We also see the Serbians asking for Russian missile defense systems to “defend against NATO aggression.”

Remember also how US President Donald Trump was calling Germany “very bad” and became the first US president in NATO’s history to not mention the article 5 mutual defense clause in the NATO treaty. Pentagon sources have long told this writer about how much they enjoy sinking submarines sold to Israel by the Germans. Now they say the Germans are being blocked from a plan to sell three more submarines to Israel. Also, the Germans lost out to the French company DCNS on a contract to sell 12 submarines to the Australians, Pentagon sources say. So now we see Germany, Israel and Saudi Arabia all in the crosshairs together. What do these countries have in common? They are controlled by Khazarian mafia bloodline families, including the old Roman families who control the P2 freemason lodge.

Remember also how at the last G20 meeting Pope Francis was, together with German Prime Minister Angela Merkel, leading the chorus for the Paris accords, while Trump opposed it. The Paris Accords are really an attempt by the bloodline families to appear as gentle sheeple herders in order to stay in power and create a world government controlled by them. So, opposition to the Paris accords by Trump is really gnostic illuminati opposition to continued bloodline rule. The gnostic illuminati claim they have fought against bloodline rule for thousands of years and take credit for the French, US and Russian revolutions. Their leaders say they are now pushing for a world revolution against bloodline rule.

Thus, what we are seeing reflected in recent news is a continuation of a civil war in the West with countries still controlled by Khazarian bloodline families (Saudi Arabia, Germany, Israel) being attacked by those no longer under their control (the US, Russia, Iran etc.). France is also being pulled out of its alliance with Germany which is why the Daesh supporting top French general Pierre de Villiers was fired, Pentagon sources say. Clearly the tide is turning against the bloodline controlled countries.

Inside the US, the neocon Khazarian servants had a huge loss as Trump was forced to renew a deal with Iran despite his previous posturing against that country. The purge of bloodline servants also continues with warmongering Senator and Daesh (ISIS) founder John McCain getting malignant brain cancer. He joins George Soros, David Rockefeller, Zbigniew Brzezinski, the Clintons and many others in the garbage can of history.

The bloodlines are fighting back against this ongoing purge with their “Russia did it” campaign. Thus, Susan Rice, former President Barack Obama’s security adviser, was giving secret testimony to the Senate Intelligence Committee on “Russian interference” in the US election. “Russian interference” is a Khazarian bloodline family code name for the gnostic Illuminati. Now their pet politicians in Congress (who are supported by less than 10% of the US population) are trying to place a new set of sanctions against Russia that are tantamount to a declaration of war. Of course the US military will ignore these bribed actors but what they really should be doing is rounding them up and putting them in jail. And jail is what they deserve.

If you want to know just how corrupt the Western power structure is, I highly recommend you listen to this 37 minute interview with Tony Gambino, former top boss of the Gambino crime family.

The bloodline families think they are doing God’s work by forcing Islam and Christianity to mix and merge so that they can unify monotheism, according to various P2 officials I have interviewed. They also want to create Eurabia, ruled from Jerusalem, as a step on their road to creating a fascist world government.

Their plan is now unravelling in Asia as well as in Europe. In Japan, the Tokyo Electric Power Company has sent yet another robot into the Fukushima reactors only to have them once again find nothing. That is because the official story of a reactor melt-down is a lie. The reactors were blown up by atomic bombs placed there by the Israeli company Magna BSP. This is going to be public knowledge soon because the CIA and the Pentagon have decided to expose Fukushima for the P2 directed mass murder attack that it was, according to CIA sources in Asia.

Asian secret society bosses say they agree with the Pentagon on this and will go to war if necessary early next year to remove the Khazarian influence from Japan and the Korean peninsula. The Japanese underworld are also planning a revolution against the slave regime of Prime Minister Shinzo Abe this autumn, several right wing sources say.