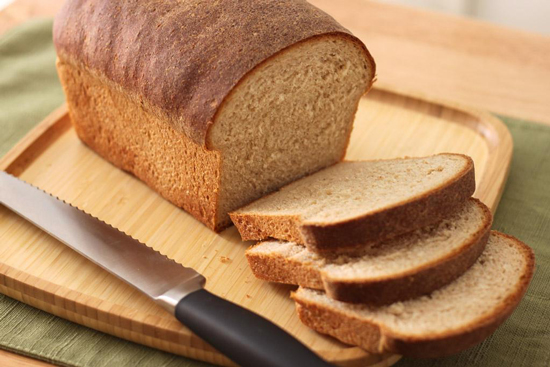 In order to make high-quality bread, one must first gather the best ingredients. These ingredients can range from rye grain to spelt or rice flour, all of which can imbue bread with varying desirable properties. A team of researchers has uncovered two more ingredients that could extend the shelf life and improve the quality of bread: activated water, and stevioside or fucoidan – plant extract additives.

For their study, the investigators began by collecting the necessary ingredients:
• Activated water acquired from an ultrasonic processor;
• Combined extra plant additives composed of stevia (a plant-derived, zero-calorie sugar substitute) and fucoidan (a natural food compound obtained from brown seaweed);
• A stevia solution.

Once all of the ingredients were procured, the researchers proceeded to make bread based off of traditional Russian bread recipes. All in all, they were able to make at least four different kinds of bread. Three of the breads had their sugar completely replaced with fucoidan combined with either stevia syrup or stevioside. All of the breads were subjected to testing three hours and 72 hours after they were baked.

To assess the quality of the breads, the researchers utilized two main criteria. The first was the organoleptic properties of the bread, which basically meant judging the appearance and taste of their baked goods. The second was the physical and chemical properties, or the moisture content, swelling capacity, and friability, or the breads’ tendency to crumble.

Based on these parameters, the researchers found that the inclusion of activated water caused the bread to look more desirable to consumers. “The use of activated water enhances the accumulation of yeast cells, the development of protein matrix, and a more complete expansion of starch granules” wrote the researchers. In addition, the bread was less prone to breaking up and crumbling, a characteristic that resulted from the coagulation of protein (gluten) and reduction of interior air layers.

These effects were also observed with the other ingredients. “The use of various ingredients… in bread production intensifies the dough-making process, makes the yeast cells accumulate more actively, and develops the protein matrix, which eventually has a positive effect on the quality of the finished product”, the researchers noted.

Furthermore, their findings remained consistent even after 72 hours had passed. Very few changes had occurred in the microstructure of the bread, which the researchers credited to stevia syrup and fucoidan: “The full replacement of sugar with stevia syrup and fucoidan slows the staling process most effectively, something that is confirmed by the less intensive changes in the microstructure.”

As such, the researchers concluded that using combined plant extract additives and activated water would result in higher-quality fresh bread. On top of making bread seem more desirable to consumers, these ingredients could greatly improve the shelf life of bread.

How to make healthier bread

• Use seasonings – In lieu of salt, opt to add flavor to bread through herbs and spices. Breads such as Irish soda bread call for the use of baking soda, though too much of it can cause bread to taste bitter.

• Go for good flour – Flours such as wheat, rye, and brown rice tend to be high in fiber and other nutrients, making them ideal for baking healthier breads. Wheat and brown rice flour are especially good for diabetics and people with gluten intolerance, respectively.

• Choose healthier bread recipes – Certain breads like croissants will require the use of a lot of butter, while others like English muffins are much lower in fat and sugar simply because their recipes don’t require too much of either. Even if you choose to use the freshest seasonings and healthiest flour, it won’t matter much if the recipe asks you to toss it tons of sugar and a stick of butter.

How to Block Microwave Mind-Programming Signals