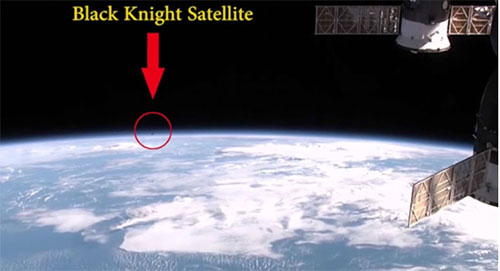 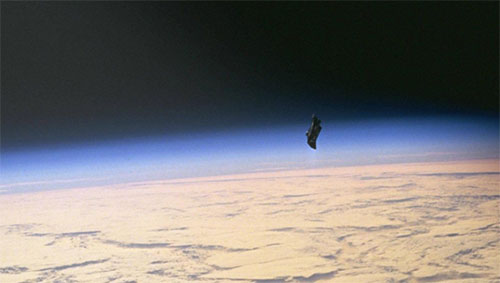 The Black Knight Satellite is the name given to an object captured on camera by NASA astronauts during a 1998 space shuttle mission.

Conspiracy theorists claim the satellite is of extraterrestrial origin and possibly up to 13,000 years old and orbiting Earth in near-polar orbit.

The legend has been circulating since the Sixties and now footage uploaded to YouTube channel Section 51 claims to be evidence of the alleged craft.

In the video, a mysterious and long looking black object can be seen floating near the Soyuz spacecraft, which is set to dock with the ISS.
The Black Knight seems to stay in the distance as if it were keeping an eye on what is happening.

Some of the comments show viewers were convinced by the authenticity.

AkumaGaming wrote: “I have a funny feeling that isn’t piloted by someone, but it is sent here to observe us on a daily activity.”

The Black Knight Satellite theory developed in 1963 when NASA astronaut Gordon Cooper was reported as saying he had seen the satellite while in space, but there was a media blackout upon his return and the US space agency allegedly put it down to cosmic hallucinations. 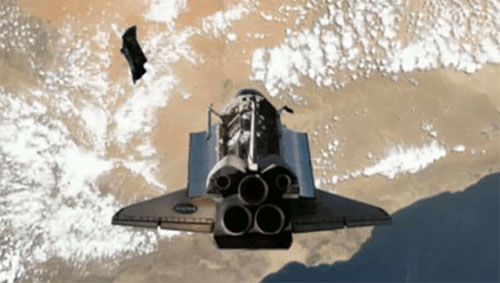 A decade later in 1973, Duncan Lunan, a researcher from Scotland, looked back at the Norwegian scientist data from 1928, before claiming the “messages” suggested the Black Knight was sent by aliens from Epsilon Boötis, as a welcome message to Earth 12,600 years ago.

In 1998, the first alleged photographs of the satellite emerged and were taken by astronauts on the space shuttle Endeavour, as it made its first flight to the ISS.

NASA however has looked to debunk the claims by saying that the Black Knight Satellite was actually a thermal blanket accidentally dropped from a space shuttle.