The United States of America has more aggressive chicken-hawk warmongers in their government than any nation on Earth. Oddly enough, few of these crazed militarists have ever served in the military, much less ever engaged in combat; but still, these psychopaths seem to delight in killing innocent human beings. 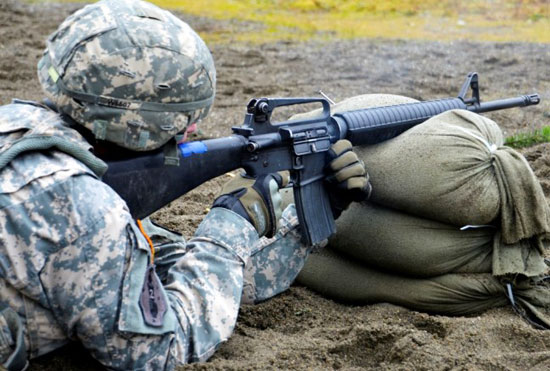 Since the year of 2000, America and its allies have conducted at least 118,000 air strikes against various countries that oppose absolutely no threat against any Western nation. In Iraq alone, US have killed 134,000 Iraqi civilians and may have caused the deaths of four times that number, according to the Costs of War Project at the Watson Institute for International Studies at Brown University.

The millions of human beings US have radiated, dislocated, severely injured, or killed throughout the Middle East since 9/11 seem to have made little impact on the general American public. But utter a politically incorrect word or phrase and many Americans will have their feelings hurt. This alone is proof that they are a programmed society incapable of critical thought. For instance, how many Americans have asked others or themselves any of the following questions?
For what reason have US killed so many innocent people? To bring them democracy? Where? In heaven?
Is all this insane killing keeping America safe when the more they kill, the more despised Americans universally become?
Do Americans care for anything other than being politically correct?
Apparently not.

What would impinge on these poor, benighted Americans is knowing what their unprovoked wars are doing to US financial and economic viability and to them personally. America’s unilateral invasions of countries that pose no threat to its homeland are all financed by the International Banking/Monetary Cartel. This means trillions of new dollars are created out of thin air, which causes massive inflation. This causes every American to spend many more dollars to maintain their ever-declining lifestyle.

Before America began the monstrous and unjustified bombardment of Iraq (Shock and Awe), the George Bush Jr. administration promised that the cost would be no more than $70 billion and that it would be absorbed by the additional oil revenues from a defeated Iraq. Stealing Iraq’s oil did not seem to bother many Americans; after all, their state is America. US people bring democracy to suppressed people … albeit … they have to kill them to do so.

But as is usually the case, US leaders not only lied about Iraq having many weapons of mass destruction, they lied about the financial cost to Americans of such an insane war.
The Nobel Prize-winning economist Joseph Stiglitz says in his new book The Three Trillion Dollar War that America went into hock for not $70 billion, but $3,000 billion for the Iraqi war – a figure that Stiglitz says is likely to balloon to $5,000 billion.

Unfortunately, while America’s own infrastructure and economy have gone to hell, Iraq has not been US’ only cruel waste of expensively borrowed trillions of dollars. There has been Afghanistan, Libya, Syria, and Yemen, just to name a few.
Worse yet, the belligerent lunatics in the capitols of North America and Europe have been clamoring for yet another war – a war on Iran, while promoting the false claim that Iran is building an atomic weapon to bomb the West.
What kind of joke is this?
The West has so many nuclear bombs: the US/NATO axis of evil is the largest nuclear power on Earth. 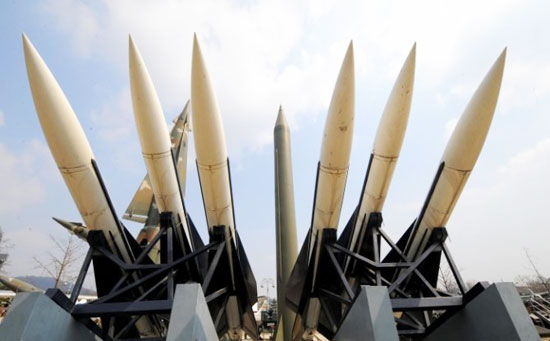 Would Iran attack them with one atomic bomb, when they would then surely send fifty nuclear bombs to Iran?
“Absolutely”, say the governments of psychopaths in Washington and London, who campaign for death at any cost. And that death may be their own if they bomb Iran, which then initiates World War III with Russia and/or China.

Historically, Americans, to a great extent, have been protected from foreign invasions by three mighty oceans and the immense countries of Canada and Mexico. Today, however, in the age of stockpiles of supersonic weapons from around the world, such former safety means little.

So unless US citizens begin to educate themselves as to the dangers their government has repeatedly placed them in, nuclear bombs could upset their pleasant dreams.
War can become far more dismal than merely watching it on TV. And war can be far more deadly than the endless honoring of US troops before sporting events. And it is likely Americans will find out what war tastes like, unless they eliminate their fondness for senselessly bombing other nations.

And oh, yes! Then there is the maniacal cost of maintaining an unheard-of number of American military bases around the world.
The Pentagon’s Base Structure Report, Fiscal 2010 Baseline tells United States are funding 662 overseas bases in 38 foreign countries – which is a smaller figure than the 900 bases former US Congressman Ron Paul has reported.
Since Ron Paul has never been known to tell a lie, and Pentagon officials have never been known to tell the truth, we should believe Ron Paul.
What is the alien force that is pushing for this empire controlled by the US military? Certainly it’s not American citizens. Can it possibly be those foreign oligarchs who profit from war – any kind of war?

You can see the onslaught of hyperinflation that wars have caused – brought to the Americans by the foreign bankers, through the US federal government. In simpler words, US citizens’ elected and appointed governmental leaders work for the bankers and not for the American people.
Inflation means more money for the International Banking/Monetary Cartel (headed by the Rothschild clan), but far less buying power for the declining dollars the rest of the Americans have.

America is fast heading toward a hyperinflationary induced depression.
What happens to the US people when their irresponsible central government cannot pay the interest accrued on its national/financial debt to the foreign bankers of the International Monetary/Banking Cartel?
Greece gave us a partial answer; and that answer was austerity. Greece has been told by the banking cartel to vastly increase personal income taxes on its citizens, while simultaneously ceasing its public services. No more social welfare programs. No more social security. And certainly no more repairs to vital infrastructure. What good are roads anyway, when Agenda 21 will have all people housed in urban Stack ‘n Pack ‘Em high rises?

All money, except for that to control rioting mobs, is to go to the bankers… or else…
Or else what? Iraq, Afghanistan, Libya, and other states tried to defy the bankers and they had their countries bombed into radioactive rubble, with UN illegal Depleting Uranium (DU) bombs.
Will American planes soon be bringing democracy to Greece, and its people by way of thousands of DU bombs?

The Rothschild crime syndicate has effected an international cause and effect series of associated events that will ensure interminable war and an endless (unto the economic crash) increase in US national debt.
For years, America has financed, armed, equipped, and directed various terrorists groups around the world, which has cost the US people a king’s ransom multiplied by a million. Then under the pretense of fighting terrorism, US bombs the beleaguered countries in order to covertly bring about regime change and general destabilization. 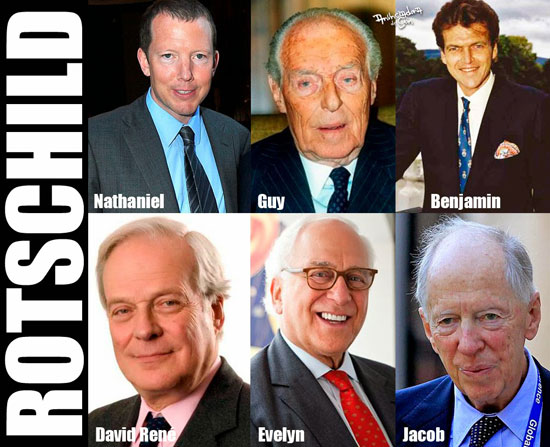 Everyone in Washington, from mid-level bureaucrats to the Congress persons, the American funding of terrorists has all been an open secret. And the US Senators and Representatives keep it a secret mainly for two reasons. First, the Rothschild bankers own and control the electronic voting machines in America, so determine the outcome of national elections.*
*The Rothschilds make a gross miscalculation when fixing the Clinton/Trump voting process.
The banksters had no idea how sick middle America had become with the “business as usual” government of Barack Obama.
But the Rothschilds need not to have worried, as thus far President Trump has become a cross between Barack Obama and Hillary Clinton.

The other reason the Congress critters keep quiet about the US sponsorship of international terrorism is the Rothschilds’ US intelligence agencies (mainly the CIA) have blackmail on at least seventy percent of those in “America’s” Congress. And that blackmail is not all financially oriented; a goodly portion of it has to do with tapes, embarrassing videos of pedophilia.

You see, politicians hungry for the high-paying easy life of fame and power will often sign a pact with the devil (actually with the demonic Rothschilds) to be elected to office. And believe it or not, that agreement often includes submitting to being filmed while performing sexual acts with children.
It takes all kinds, but Americans would certainly prefer not having those types run their country; they all have enough problems, without having to live under the laws of deviants.

One honest Congresswoman, Rep. Tulsi Gabbard (D-HI) introduced a bill (H.R. 608) into the US House of Representatives, on the 23rd of January, 2017. That bill was labeled the Stop Arming Terrorists Act.

Like mostly everyone else in the House and Senate, Rep. Gabbard knew it was the CIA which has been funding, arming, and directing the Middle Eastern terrorists, often through Turkey , but mostly Saudi Arabia – the country President Trump inked a record-breaking arms deal with, arms that will unquestionably find their way into the hands of terrorists.*
*President Donald Trump is well on his way to becoming the most major disappointment of Americans’ life … and … they’ve had their share of disappointments.

After few months of the introduction of the legislation known as the Stop Arming Terrorist Act, Representative Gabbard has only been able to get thirteen co-sponsors out of a whopping 535 House members.
Senator Rand Paul (R-KY) then introduced the bill into the Senate. Thus far, Senator Paul has gotten no senators to co-sponsor what should be a piece of legislation all decent Americans would support, as the bill transcends party lines.

The bill, however, goes against the Rothschilds’ agenda of decapitation of Christians and Muslims and likely would end the US’ endless War on Terror, something the international banksters will not tolerate.
Representative Gabbard’s bill does not, however, prohibit the CIA from orchestrating more false flag events across the Western world, using Arabs as the killers. The US fear of terrorism must be kept alive to keep the War on Terror viable.

While the corporate mainstream media has given the Gabbard bill cursory coverage, it has absolutely shut down any reporting on how the US Congress has turned its back on what should be one of the most logical pieces of legislation in the American history.
Someone might tell everyone to vote the traitors out of office, but that is impossible as long as electronic voting machines are used.

Another safeguard for the American Republic could be getting rid of all career politicians, by instituting a form of Term Limits on all senators and representatives. But again that would be difficult, as it would require traitors to vote themselves out of office.

The Law of Attraction alone tells that the Americans will eventually be on the receiving end of the barbarity they have effectuated domestically and abroad, ever since their post-war fire and nuclear bombings of innocent citizens in scores of German and Japanese cities such as Dresden, Kassel, Hiroshima, Nagasaki, and others.