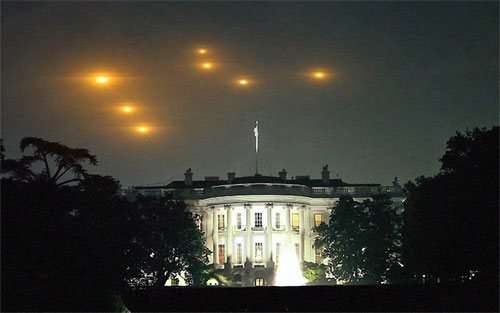 Over the past few years, multiple governments and government agencies have officially released their UFO files. What does this show us? Apart from revealing there are objects in our atmosphere travelling at speeds and performing maneuvers that no known conventional aircraft can perform, it shows us that such agencies have been interested in and have been tracking these craft for years, devoting vast resources to their study. If these released files make anything clear, it’s that there has been a long history of military and civilian encounters with UFOs and strange objects.

Testimony from military and political insiders, as well as academics, complements these files, and their stories are the major reason why so many believe these unknown objects are extraterrestrial in origin. Regardless of where you believe they came from, the extraterrestrial hypothesis is entirely plausible, and the official public disclosure of such information has tremendous implications, as you can imagine.

“There is a serious possibility that we are being visited and have been visited for many years by people from outer space, by other civilizations. Who they are, where they are from, and what they want should be the subject of rigorous scientific investigation and not be the subject of ‘rubishing’ by tabloid newspapers.” – Lord Admiral Hill-Norton, Former Chief of Defense Staff, 5 Star Admiral of the Royal Navy, Chairman of the NATO Military Committee.

Yet people remain skeptical, relying on the government and mainstream media to make an official disclosure. This is concerning, particularly given the lack of trust most people have in their governments to begin with. 9/11 is perhaps the best example of this mistrust. Recent polls show that more than half of the American population doesn’t believe the official story put out by their government.
Well, it’s 2018, and every year the UFO/extraterrestrial topic seems to become more popular, and credible, within the mainstream world. The recent launch of To The Stars Academy of Arts & Science (TTS/AAS), headed by former Blink 182 band member Tom DeLonge, is one reason for this shift in perception.

DeLonge has gathered an impressive list of people to help him with his mission, which aims to push disclosure of discoveries that have been locked up in deep black budget programs. It’s an initiative mobilizing “the brightest minds from within the top-secret shadows of aerospace, science and the Department of Defense”. The academy is composed of science, aerospace, and entertainment divisions “intended to provide support to exceptionally gifted researchers with expectations to exponentially yield new concepts and technologies of significance on an accelerated timeline”.

Tom, along with other representatives of the initiative – including Jim Semivan, a longtime senior intelligence service member for the Central Intelligence Agency (CIA) – launched their project live on Facebook.
Other representatives include Dr. Hal Puthoff, who was a big player in the U.S. government’s Stargate Program, and Steve Justice, who was the Program Director for Advanced Systems from Lockheed Martin Advanced Development Programs – better known as “Skunk Works” – for 31 years.

Another representative, Chris Mellon, commented: “To the Stars represents an opportunity to reach beyond the normal boundaries of Aerospace to create products that we can call them revolutionary and that’s too mild of a word.”
In essence, the program aims to bring forth these classified technologies and concepts and use them to better our world. They will also be exploring telepathy and other psi phenomena that have been studied for decades by multiple scientists and governments.

Mellon’s comments above corroborate with comments made by Ben Rich, Lockeed Skunkwork’s second director, who worked there from 1975 to 1991. He said: “We already have the means to travel among the stars, but these technologies are locked up in black projects, and it would take an act of God to ever get them out to benefit humanity. Anything you can imagine, we already know how to do.”

Their Collaboration with the U.S. Government

During the Facebook Live feed, Luis Elizondo, the Director of Global & Special Programs for To The Stars, announced that the academy will be releasing official, previously classified data and documentation in collaboration with the U.S. government. 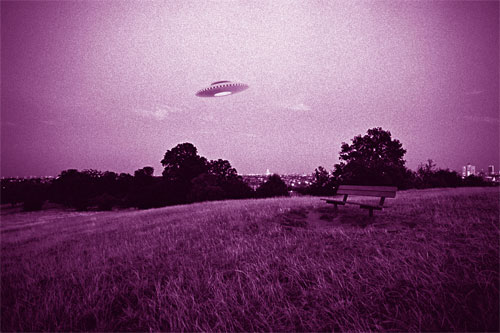 A career intelligence officer who has worked with the U.S. Army, the Department of Defense, the National Counterintelligence Executive, and the Director of National Intelligence, Elizondo resigned from the Pentagon just one week before the launch of the academy. For nearly the last decade of his career, he ran a sensitive aerospace threat identification program focusing on unidentified aerial technologies.

When asked if these UFOs are a threat, he told journalist and New York Times best-selling author Leslie Keen “they did not exhibit overt hostility”. “But something unexplained is always assumed to be a potential threat until we are certain it isn’t. On the bright side, I believe we are closer than ever before in our understanding of how it operates”, he continued.

His comment takes on new meaning when examined against one made by former Canadian Defense Minister Paul Hellyer, who said that “Decades ago, visitors from other planets warned us about where we were headed and offered to help. But instead, we, or at least some of us, interpreted their visits as a threat, and decides to shoot first and ask questions after.”

During the Live feed, the To The Stars representatives also mentioned that they are close to figuring out how some of these technologies work.
Also during the feed, Luis Elizondo revealed: “We are also planning to provide never before released footage from real U.S. government systems, not blurry amateur photos but real data and real videos. And we’re inviting our government colleagues and friends and defense to participate regularly with their own findings.”

This has been happening for a while. Here’s a clip from the Truman presidency of the UFOs that flew over the White House. It caused a national stir and forced him to make a statement on live TV.

Still No Mention of ET

The extraterrestrial hypothesis has been around for a long time, yet this initiative spearheaded by DeLonge does not mention ET or alien, which is surprising considering it’s common knowledge that he believes in extraterrestrials. One can only speculate that they are choosing to take it slow, easing people into this idea by discussing advanced aircraft first. The ET question, or the origin of their manufacture, can come later.

After all, we’ve been lied to and misinformed on this topic for decades, through an “official campaign of secrecy and ridicule”, as Roscoe H. Hillenoetter (the very first CIA director) once told us.
UFOs are one thing, but an intelligent extraterrestrial behind its operation and manufacture is another entirely. So, let’s wait and see what happens.

“Intelligent beings from other star systems have been and are visiting our planet Earth. They are variously referred to as Visitors, Others, Star People, ETs, etc… They are visiting Earth now; this is not a matter of conjecture or wistful thinking.” – Theodor C. Loder III, Phd, Professor Emeritus of Earth Sciences, University of New Hampshire.

Just as there was and is evidence for UFOs, there is evidence to suggest that some of them are extraterrestrial, in the opinion of many people.

Chinese Face Map Reveals What Your Body Fights With!