The next deadly disease that will cause a global pandemic is coming, Bill Gates stated at a discussion on epidemics, hosted by the Massachusetts Medical Society and the New England Journal of Medicine, as Business Insider reported.
“There’s one area though where the world isn’t making much progress,” Gates said, “and that’s pandemic preparedness”.
“In the case of biological threats, that sense of urgency is lacking”, he said. “The world needs to prepare for pandemics in the same serious way it prepares for war.”

According to Gates, a small non-state actor could build an even deadlier form of smallpox in a lab.
Gates presented a simulation by the Institute for Disease Modeling that simulated a new flu like the one that killed 50 million people in the 1918 pandemic. The study found if there was a new flu it would now most likely kill an astounding 30 million people within six months.

The single time in history that the military tried a sort of simulated war game against a smallpox pandemic, the final score was “smallpox one, humanity zero”, Gates said.
What’s the solution? A universal flu vaccine of course! Gates announced that the Bill and Melinda Gates Foundation would pledge $12 million in grants to encourage the development of a universal vaccine.

Gates believes that “there needs to be better communication between militaries and governments to help coordinate responses”. Gates added that he thinks governments need ways to quickly enlist the help of the “private sector” (black budget military covert world) when it comes to developing technology and help each other to build tools to fight an emerging deadly disease.

Gates expressed that malaria was back on the rise again and would continue to claim more lives worldwide unless governments reinvigorated their push to eradicate the disease, Stratis Times reported.
Melinda Gates recently said that the threat of a global pandemic, whether it emerges naturally or is engineered, was perhaps the biggest risk to humanity.
“Think of the number of people who leave New York City every day and go all over the world – we’re an interconnected world”, she said.

The Bill and Melinda Gates Foundation has made it very clear that their aim is to wipe out wild polio from the planet. However, as Activist Post reported, they have done quite the opposite and may be responsible for thousands of children suffering from vaccine-induced polio.
The Supreme Court of India conducted an extensive investigation into the Bill & Melinda Gates Foundation with judges demanding answers from the Foundation and Gates.

In 2009, tribal children from the Khammam district in Andhra Pradesh, India were administered with a Human Papilloma Virus (HPV) vaccine meant for cervical cancer. Around 16,000 girls between the ages of 9-15 years were given three shots of vaccine, (manufactured by Merck) by the state health department. The girls were told that they were being given “well-being” shots. The incident started getting attention when some months later, several girls’ health deteriorated and the following year, five of them died. Two such similar cases of deaths were reported from Vadodara, Gujarat, where 14,000 tribal children were also vaccinated with the HPV vaccine Cervarix, made by Glaxo SmithKline, Daily Mail reported.

Unrelated but of particular interest GlaxoSmitheKline (GSK), incidentally, was accused of recklessly dumping polio virus into a Belgium river in 2014 in what was deemed an “accident”.
Approximately 120 girls reported epileptic seizures, severe stomach cramps, headaches, and mood swings, of those who did not die. Other girls receiving the Gardasil vaccine have experienced infertility.
Around the same time when these incidents were reported, young girls were hospitalized in northern Colombia with similar symptoms. Coincidentally, these girls had also been given doses of the HPV vaccine too. 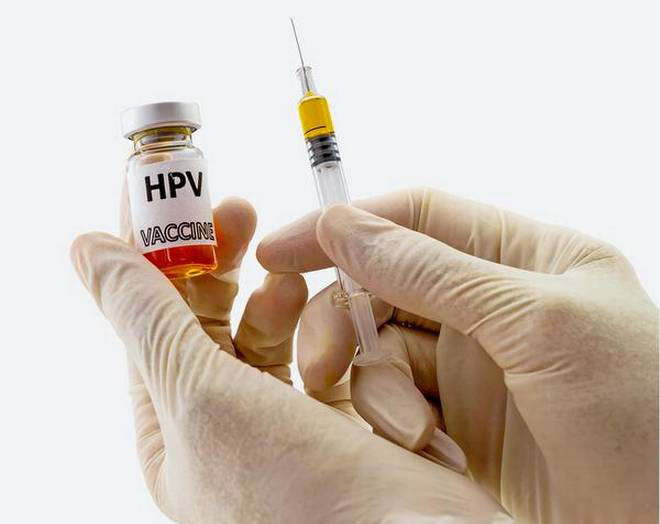 Skeletons started tumbling out when an NGO visited Andhra Pradesh. Health activists from the NGO Sama visited Khammam in March 2010 and found out that more than 100 girls were having epileptic seizures, stomach aches, headaches and mood swings. The girls also complained about early menstruation, heavy bleeding, and menstrual cramps. Sama raised the issue that these students were made guinea pigs on the pretext of providing healthcare. The illiterate parents were kept in the dark about the real vaccine, and most of them gave their consent in the form of thumbprints.

The American NGO Program for Appropriate Technology in Health (PATH) had carried out the studies. They were testing how the cervical cancer vaccine would react on young females. And this unethical test of PATH was being funded by none other than the Bill and Melinda Gates Foundation. Ironically, the study was considered a success by the Foundation. The Foundation also aided PATH in the study of rotavirus vaccine and pneumococcal vaccine in Africa and Asia.

A few days after the World Health Organization (WHO) declared in 2009 that two HPV types cause 70% of cervical cancers, PATH started its five-year project across various parts of the world: Peru, Vietnam, Uganda and India, as Economic Times reported.

Japan previously found out that the HPV Gardasil shot caused several serious side effects banning the vaccination from being administered to its women and sold on its markets. Those side effects included seizures, brain damage, blindness, paralysis, speech problems, pancreatitis and short-term memory loss, while another patient even died after taking the vaccine. Earlier this year (2018), a Chinese watchdog group, Medwatcher, indicted Gardasil, while a former Merck employee called the drug the “greatest medical scandal of all time”.

“The full extent of the Gardasil scandal needs to be assessed: everyone knew when this vaccine was released on the American market that it would prove to be worthless. Diane Harper, a major opinion leader in the United States, was one of the first to blow the whistle, pointing out the fraud and scam of it all. I predict that Gardasil will become the greatest medical scandal of all time because at some point in time, the evidence will add up to prove that this vaccine, technical and scientific feat that it may be, has absolutely no effect on cervical cancer and that all the very many adverse effects which destroy lives and even kill, serve no other purpose than to generate profit for the manufacturers. Gardasil is useless and costs a fortune! In addition, decision-makers at all levels are aware of it! Cases of Guillain-Barré syndrome, paralysis of the lower limbs, vaccine-induced multiple sclerosis and vaccine-induced encephalitis can be found, whatever the vaccine.” – Dr. Bernard Dalbergue (former Merck employee).

In 1993, Japan also banned the MMR vaccination after 1.8 million children had been given two types of MMR and a record number developed non-viral meningitis and other adverse reactions. The figures included autism, three deaths, while other children were left with permanent handicaps ranging from damaged hearing and blindness to loss of control of limbs.

In 2010, Bill Gates told a TED conference that vaccines need to be used to reduce world population figures in order to solve global warming and lower CO2 emissions.
Stating that the global population was heading towards 9 billion, Gates said: “If we do a really great job on new vaccines, health care, reproductive health services (abortion), we could lower that by perhaps 10 or 15 percent”.

Bill Gates has harped on this idea of a super virus for the past several years, including at another TED Talk in 2015 entitled: The next outbreak? We’re not ready.
Then in 2016 he echoed that warning by stating that the world was “vulnerable” to a deadly epidemic in the next decade.
For years Bill Gates has been issuing warnings, but last year (2017) he expressed that bio-terrorism – a virus created in a lab – could kill 30 million people or more within just a year.

“Whether it occurs by a quirk of nature or at the hand of a terrorist, epidemiologists say a fast-moving airborne pathogen could kill more than 30 million people in less than a year. And they say there is a reasonable probability the world will experience such an outbreak in the next 10 to 15 years,” Gates said last year, at the Munich Security Conference in Germany, Forbes reported.

How many of us will flat out refuse “universal vaccinations” that are backed by the Bill and Melinda Gates Foundation?

A Philosophical Proof for Vegan Ethics