By Attacking Syria, Trump Foreign Policy Seems To Have Been Completely Hijacked By Neocon Zionist Cabal

But recent events make us hope that not everything is lost 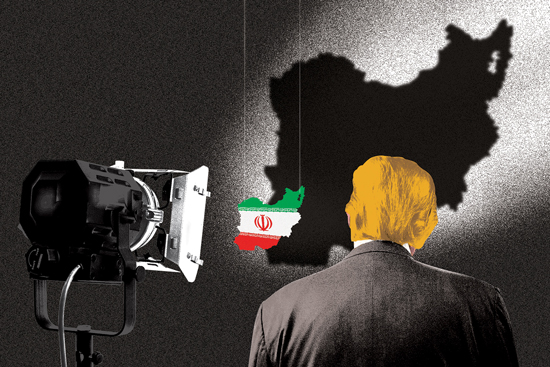 Trump’s foreign policy toward the Middle East has been perfectly aligned with the joint Israeli-Saudi scheme known as the Greater Israel project (GIP). This clandestine project is fully backed by the United States, Great Britain, France, Germany, Italy, and the other major military members of NATO.

Since his inauguration, Trump has not performed a single action to impede the covert scheme to create a greater Israel. Quite conveniently, every initiative his administration has taken has somehow advanced the formation of a greater Israel.

The unlawful missile attack against Syria on April 14th 2017 was apparently Trump’s presidential declaration of support for the highly destructive project. That rapidly devolving state of affairs became quite alarming at the beginning of the last summer. In light of Trump’s campaign promises to de-escalate the wars and terminate the warmongering, his foreign policy implementation was moving in the exact opposite direction.

His son-in-law’s steady elevation within the administration has paralleled Trump’s every misguided move on the global geopolitical chessboard. It appeared that Jared Kushner was being used by Israel to direct each ill-advised maneuver on Trump’s ever-changing monopoly board. Some have even called the radical reversal of Trump’s oft-stated foreign policy promises a full-blown coup.

Neocon Zionists and the Deep State

Even though there were few flaming Neocon Zionists in the West Wing, there were numerous surrogates to be found. Just as the Neocon cabal of warmongers had waged war against Syria via their ISIS and Al-Nusra Front proxies, they had used their planted political proxies to influence and control Trump. He has been under withering assault by these agents of Deep State since the first day he entered the Oval Office.

The Neocons were keeping to a strict schedule and they couldn’t have been deterred except by forces much more powerful (think Putin’s Russia). Trump himself has done such a 180 on his peace mission that it spoke to the overwhelmingly negative influence of the Deep State. In point of fact, any individual who ever occupied the White House has been completely surrounded by countless agents of the Deep State, 24/7.

This was Trump’s highly unfortunate predicament. Whether he knew of this certain eventuality prior to his election cannot be asserted. His convictions during the campaign season seemed quite genuine, as was his inaugural address. So what happened?

There is no one on the planet who can resist the dictates of Deep State. They own and operate on every square inch of planet Earth. Even the much more independent Russian Federation under Putin must contend with their constant interference in the form of the Rothschild-controlled Russian Central Bank.

The key point is that regardless of Trump’s initial intentions, the very moment he stepped into the Oval Office he was taken over by Deep State and the Neocon Zionists. In this particular matter he cannot be faulted for his inability to carry out his agenda. Deep State simply won’t permit such a departure from their New World Order agenda. 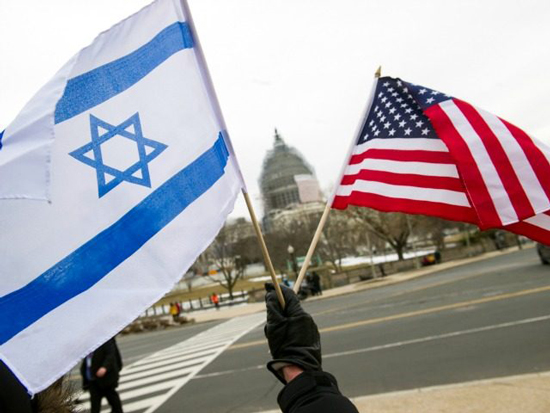 There’s an old [true] story about Israeli control of American foreign policy that goes like this: Jewish money, and their command of the mainstream media, will be put in the service of anyone who supports Israel. In other words, regardless of one’s political persuasion or business enterprise or social endeavor or criminal history, the Zionists will support it as long as there is reciprocal support for Israel. This arrangement assumes that there will be no resistance whatsoever to the nonstop expansion of the Modern State of Israel (MSI).

Conversely, any person or party who protests the policies and/or actions of the MSI will be taken to task, and severely so. Trump learned this particular lesson well before he was elected, having been “made” by Ashkenazi Jewish bankers and brokers, lawyers and politicians, businessmen and developers, journalists and middlemen. Surely he knows the deal better than any of us.

However, Trump himself is first and foremost a businessman. As a very high-profile businessman, he likely thought of himself as an independent operator. The ego has a way of tricking us to believe something (like he’s in charge) that is patently untrue. Nevertheless, his whole path to the White House was quite carefully cut by those who would use him as their presidential pitchman. In this way he was painstakingly prodded in the direction of Washington, D.C. thinking he was going to be his own man…when in fact he was being unwittingly set up as a frontman for the Greater Israel project.

Of course, agents of Israel exert a far greater influence on the POTUS than those various Ashkenazi Jewish professionals who Trump grew up with, and who he does business with to this very day. A small nation like Israel, which faces existential threats daily, frequently acts out of sheer desperation. As a result, Trump now finds himself between a rock and a hard place. And with no wiggle room whatsoever. His secret sponsors have somehow compelled him to put the service of the needs of Israel above the needs of the American people.

Given the quickly evolving Mideast scenario, last summer Trump was facing with two options: war or peace. It could only have been one or the other as the middle ground had been methodically eliminated. The Neocons surely had him by the short hairs, and in ways that even he did not, could not, anticipate. Consequently, the time to obey his true masters, those who made him (read: financed) over the course of his successful career, was getting closer.

It was critical to understand that at every single moment, President Trump could have faced the total meltdown of the US economy. The prevailing circumstances were quite similar to the 2007 real estate collapse, as well as to the 2008 stock market crash. Hence, another controlled demolition was to be executed at any time by the financial manipulators. And they undoubtedly have made him well aware of that.

There is also the very real possibility that Trump’s hidden handlers have blackmailed him with compromising material from his long past. He spent a lifetime extremely exposed and therefore found himself in numerous situations where his actions could be easily misrepresented. In other words, the agents of the Deep State were and are quite capable of fabricating a blackmailable offense even if Trump has no real guilt. The CIA and FBI create fake evidence all the time, especially when it comes to building a fraudulent case against an innocent but ‘dangerous’ man who happens to be the POTUS.

There are many other means by which Deep State control mechanisms can be used to influence a POTUS, or anyone else in a seat of great power. The crucial point is that somehow they have gotten to Trump, as they would with anyone who failed to explicitly follow their New World Order agenda. Nonetheless, in Trump they have a wild horse who refuses to stay on the trail but who was also selected to be an essential player in the controlled demolition of the Global Economic & Financial System. As a bankruptcy artist, he’s been groomed for the job like no one else.

Back to the Middle East quagmire 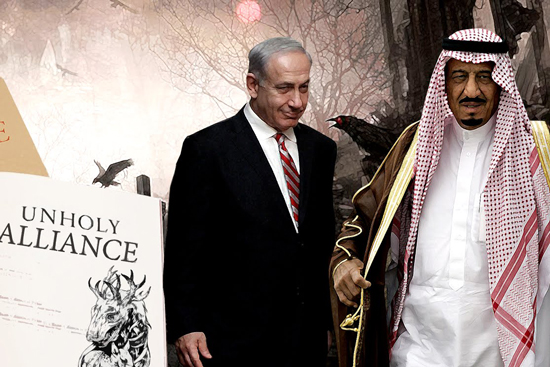 How many really know that Israel and Saudi Arabia have always been joined at the hip. Who would believe that the tyrannical Wahhabi monarchy that has ruled Saudi Arabia for decades is actually of Jewish origin? The true history of the Saudi royal family has never been revealed in the history books or by the MSM, but people can be sure that Donald Trump is fully aware of The Jewish Roots Of The House Of Saud Family Tree.

For the many disbelievers, the following account lays bare deep secrets which are now coming out into the open. The House Of Saud: It’s Jewish Origin And Installation By The British Crown.

There are several other exposés about the House of Saud which explain why their relationship with Israel is so close and cozy. Each of the preceding and following links explains from a different perspective why President Trump has completely reversed his position on Saudi Arabia. First, he wanted the Saudis investigated for their major role in the 9/11 terror attacks; then, he signed a $110 billion defense deal with them. Here’s why: Is The ‘Saudi’ Royal Family Jewish?.

After studying these links it can be understood as to why the Middle East is such a never-ending conflagration. It has been created as a quagmire that is guaranteed to suck in any who enter and with great consequence. No other Western power is so heavily invested in the region as the USA is. This is why Trump is acting so out of sorts, as he will continue to until something very big will happen which will change the whole game. Contrary to his stated intentions, Trump is unlikely to secure a Mideast peace given that it represents the single most competitive and volatile monopoly board on the planet.

There was a dead giveaway which indicated that President Trump had been taken over. As Commander-in-chief of the U.S. Armed Forces he had delegated his authority to his commanders and other flag officers (i.e. generals and admirals) in the various theaters of war around the globe. In so doing, he had allowed the military brass to make highly consequential decisions concerning of life and death.

Who are these flag officers? (Very good question!).
Who do they really work for? (Answer: Military-Industrial Complex).
Are they taking orders from their masters in Deep State? (Yes!).
Do they report to other unnamed superiors who override the POTUS (Definitely!).

This arrangement was put into place so that Trump could have plausible deniability when things go wrong, as they did when NSA McMasters commandeered the illicit missile attack on Syria. It also provided the closeted Neocons a perfect opportunity to execute military strategy toward the establishment of the greater Israel. In short, Trump has no real control of the US Military. Israel does, via the many Neocon Zionists who populate the upper echelons of the armed forces.

God only knew where all of this was going. Certainly Trump didn’t know. Nor did the Deep State. Neither did Russia’s President Putin. The entire world community of nations watched the Middle East with a felt trepidation and anxious anticipation.

One thing is for certain, however. Trump and Putin both know full well that: “Only when there is peace in the Middle East, can there be peace throughout the world.”

With this correct understanding, it’s easier to comprehend why the Deep State has made up so much fake news about the bogus Russiagate conspiracy. TPTB know that if Trump and Putin were to make world peace a common cause, the planetary civilization would change in a day and a night. And the Deep State would collapse in its own footprint, just like they demolished the World Trade Center on 9/11.

The new Executive Order Blocking the Property of Persons Involved in Serious Human Rights Abuse or Corruption signed by Donald Trump on December 21 last year shows that the Deep State has not won the battle definitively, but on the contrary, the criminal elite will start to be unmasked and removed, the victory of Good being closer and closer.