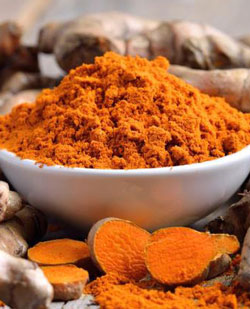 Are you concerned about maintaining the health of your brain as you age? You’re not alone.

Losing one’s memory and mental abilities to menacing brain plaques or other cognitive issues is something we all fear, and the current statistics on the prevalence of cognitive decline in the US are not pretty. By age 65, sadly 1 in 8 Americans will suffer from severe cognitive decline, and by age 80, an astonishing 1 in 2 will.

Researchers have been working for years to develop an effective treatment. But one “miracle” drug after another has failed to live up to its promises, and it’s becoming more and more apparent that pharmaceuticals are not the solution. Unfortunately, the medical establishment is so narrowly focused on finding an elusive “cure” that scientifically proven prevention strategies are often ignored.

However, there is an amazingly effective way to protect your brain from the ravages of cognitive decline and boost your thinking and memory abilities quickly, naturally and safely.

There are a number of natural brain protectors out there, but did you know that one medicinal plant has shown more promise when it comes to supporting your neurological system than any other medical finding to date? It’s a scientific fact that curcumin, an antioxidant compound found in the root of the turmeric plant, is one of the most powerful natural brain protecting substances on the planet! It continues to amaze scientists with its remarkable cognitive health benefits.

You may be familiar with turmeric as the bright yellow spice that is commonly found in curry powder. Turmeric has a long history as a healing medicinal plant and culinary spice in India. Interestingly, India has the highest per capita consumption of turmeric and the lowest incidence of cognitive decline worldwide! 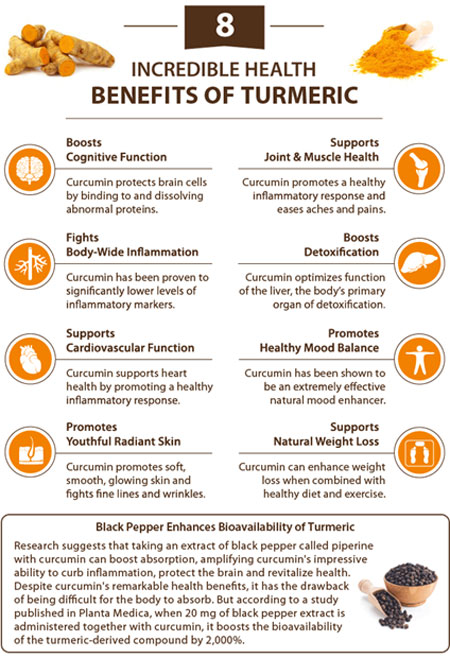 Your Brain on Curcumin

The hallmark process associated with certain types of cognitive decline is the formation in the brain of abnormal protein structures. Normally when malformed proteins are formed with the brain, the immune system sends out cells known as macrophages, which engulf and destroy the proteins. If this ordinary function fails, defective proteins accumulate in the brain and cognitive decline can follow.

Curcumin encourages the immune system to send macrophages to the brain. A landmark clinical trial involving people with severe cognitive decline measured the effects of curcumin. Amazingly, the participants taking curcumin had significantly higher levels of dissolved abnormal proteins in their blood compared to those in the placebo group.

This study showed that curcumin has the ability to effectively pass into the brain, bind to beta-amyloid plaques and assist the body in their breakdown. Curcumin is one of the only substances known to have such a profound protective effect on the brain. 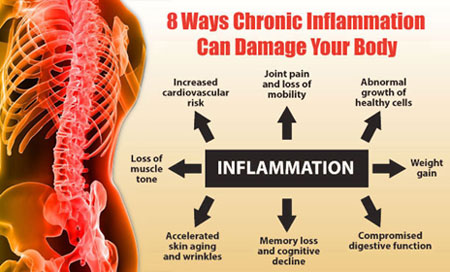 You may have heard about the dangers of “silent” chronic inflammation. It’s been discussed by Dr. Oz and has made headlines in publications such as Newsweek and Time. It’s important for you to know that low-grade inflammation is rapidly becoming recognized as the root cause of the development of cognitive decline, as well as a wide range of serious health problems.

Unfortunately, most people don’t do anything until the initial symptoms, such as muscle aches and joint discomfort, appear. When this happens, their gut reaction often is to go see a doctor, who is unlikely to correctly diagnose the problem, and more than likely will prescribe drugs that are far from safe and only provide short-term benefits.

But the initial symptoms of pain are just the beginning. If left unchecked, chronic inflammation can damage your body in many ways. One of the worst examples of this is cognitive decline, which can ravage your memory and severely impact your quality of life in what should be your golden years.

Cutting-edge science is showing that curcumin is one of the most powerful, natural anti-inflammatories ever studied. Curcumin is so effective because it is a potent inhibitor of the body’s most powerful inflammation-causing chemical, called Nf-kappa beta. Miraculously, curcumin has been shown in numerous studies to tame joint pain and muscle soreness, protect the brain, support cardiovascular health, bolster immunity and more. If you have a lingering health problem that no doctor can resolve, you may be suffering from chronic inflammation and curcumin may be just the natural solution you’ve been looking for.

How to Get the Most Out of Curcumin

Although you may be able to find high quality turmeric powder at your local market, it’s very difficult to verify its purity and potency. Plus, it’s almost impossible to incorporate therapeutic amounts of curcumin into your diet on a daily basis as a spice. So, to put it simply, a high-quality curcumin supplement is your best bet!

However, not all curcumin supplements are created equal. Unfortunately, most supplements out there don’t have the necessary doses and components to get the job done. If you take the wrong supplement, you’ll end up not only wasting money, but missing out on an incredible opportunity to protect your brain and keep harmful inflammation at bay.

There are three major factors to consider when deciding on a curcumin supplement: 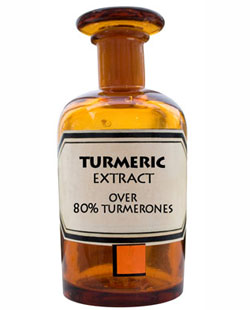 1. Standardization and Dose: Standardization is the process by which the active ingredients in a plant are concentrated and brought to a consistent level. The active ingredients of turmeric are called curcuminoids, and there are actually three components: curcumin, demethoxycurcumin and bisdemethoxycurcumin. Any good curcumin supplement should include all three of these curcuminoids and be standardized to at least 75%. Otherwise, what you’re getting could be little more than a pill filled with powdered turmeric root. The minimum recommended daily dose is 1,000 mg per day.

2. Absorption: One problem with curcumin is that it’s not easily absorbed. However, it was discovered that an extract of black pepper, called piperine, significantly enhances absorption of curcumin. In fact, one study found that the addition of a piperine increased bioavailablity by 2,000%! So make sure that any curcumin supplement you take contains this important extract.

3. Price: Some people mistakenly believe if you pay more you get better quality. You don’t need to pay more than $30 for a one month supply. Many companies are taking advantage of the hype surrounding curcumin and charging more than double.