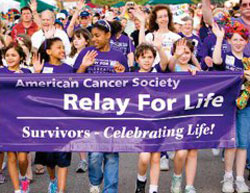 By the end of 2016, the American Cancer Society estimates that cancer had claimed over 595,000 lives: thatʼs 1,630 people per day, in this year alone – making cancer second only to heart disease as the leading cause of death in the United States. In addition, over 1.6 million new cases of the disease are expected to be diagnosed. – the US medical approach MUST change!

Why does Western medicine ignore a successful cancer therapy?

The history of this cancer protocol dates back to the work of Dr. William Donald Kelley, who pioneered a nutritional approach to cancer in the 1970ʼs, and that of Dr. John Beard – whose groundbreaking cancer research in the early 20th century showed that proteolytic pancreatic enzymes are the bodyʼs main defense against cancer.

Beard noticed that trophoblasts, the cells responsible for creating the placenta for the developing fetus, had invasive qualities similar to that of cancer cells. This invasiveness was only reduced when the pancreas in the developing fetus began to function, leading Beard to believe that pancreatic enzymes are the key to suppressing and even eliminating cancer cells throughout the body.

Successful cancer outcomes begin with treating a person – NOT the disease 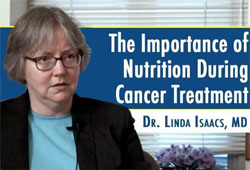 Along with pancreatic enzymes, Dr. Isaacs advises a nutritional regimen of organic food – tailored specifically to the individual patientʼs body type, diagnosis and metabolic profile. While one patient may be advised to eat plant-based raw foods, another could be put on a high-protein low carbohydrate diet featuring proteins meals two to three times a day.

Dr. Isaacs also prescribes antioxidants, vitamins, minerals, trace elements and animal glandular concentrates. Because high doses of enzymes can cause tumor particles to be released into the bloodstream, Dr. Isaacs recommends the use of coffee enemas, liver flushes and colon cleanses to prevent the body from being overrun by toxins.

Discover a natural way to defeat cancer safely and effectively

Linda Isaacs, M.D., graduated from Vanderbilt School of Medicine in 1985, and completed her residency at the Department of Veteranʼs Affairs Medical Center at New York University Medical School. An author, scientist and lecturer, Dr. Isaacs is certified by the American Board of Internal Medicine.

She partnered with Dr. Nicholas Gonzalez on his work on proteolytic enzymes for the treatment of cancer, and collaborated closely with him on two research projects and several articles published in peer-reviewed publications. She is the co-author of the book, The Trophoblast and the Origins of Cancer.

If You Question the Establishment You Are Guilty of Espionage, Says Corporate Media – Because Of Russia