Toxic heavy metals are growing more common in bodies of water, including those that serve as important sources of drinking water. To remedy this problem, Sudanese researchers investigated a trio of local medicinal plants used as water purifiers. They reported that the extracts of moringa (Moringa oleifera), bulrush (Typha latifolia) and Egyptian lemongrass (Cymbopogon proximus) could absorb toxic heavy metals in water. 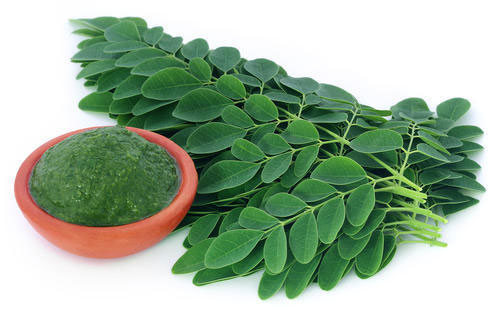 Economic and industrial development has increased the amount of pollution in water. Some of those contaminants are heavy metals like cadmium, copper, chromium, lead, and zinc. They are toxic for humans.

Heavy metals last for a very long time and resist degradation. They must be physically removed from treated water before the latter is reused as irrigation water. Otherwise, the heavy metals in the still-contaminated water will be absorbed by the plants and passed onto the humans who consume them.

There are several techniques for remediation of contaminated soil and water. Many of them involve the use of expensive chemicals, power-hungry processes, and large facilities.

Plants have been used as a natural means of detoxification. They can absorb heavy metals in the soil and water that they are grown in.

In addition to curing numerous ailments, all three plants have been used for water purification. Egyptian lemongrass is a traditional means of purifying drinking water in Sudan. Bulrush has been planted in constructed wetlands to remove heavy metals from sewage. Finally, the seeds of moringa have been used to improve the quality of water in rural regions.

The OIU researchers collected the seeds and parts of the three plants, which they then dried and prepared into ethanol extracts. They also prepared five parts per million (ppm) and 10 ppm of cadmium, chromium, lead, and zinc to create heavy metal solutions.

Each solution was mixed with 0.1 grams of a sample. The mixtures were allowed to stand at room temperature for two hours before they were analyzed.
The researchers measured the concentrations of the heavy metals in the solutions before and after the treatment with the plant extracts.

According to their results, all three plant-based extracts were able to absorb at least three of the four heavy metals they tested. The moringa extract absorbed the highest amount of cadmium.

Chromium was best adsorbed by the bulrush extract. This performance was repeated for lead. Finally, the moringa extract absorbed higher amounts of zinc than either bulrush or Egyptian lemongrass.

Strangely, moringa failed to absorb any lead. This conflicted with earlier studies like the one conducted Ravikumarand Sheeja in 2013, where moringa absorbed the heavy metal.

The OIU researchers believed this was because they used defatted moringa seeds to create the ethanolic extract. The removed fats included essential oils that might have played a role in absorbing lead.

A review of earlier studies showed that moringa, bulrush, and Egyptian lemongrass all contained flavonoids. These natural substances possess the chemical structure for chelation of metal ions, including heavy metals.

Based on their findings, the researchers could confirm the traditional use of the plants to purify water. They believe further studies should identify the particular flavonoids that absorb or adsorb heavy metals from water.