According to documents on the CIA’s very own website, Osama bin Laden was a U.S. intelligence asset named Tim Osman.

From the September 18, 2001 issue of From The Wilderness (FTW):
“There are direct historical links between Osama bin Laden’s business interests and those of the Bush family. On September 15 I received the following message from Professor John Metzger of Michigan State University:
«We should revisit the history of BCCI, a bank used by the legendary Palestinian terrorist known as Abu Nidal. BCCI was closely tied to American and Pakistan intelligence. Its clients included the Afghan rebels, and the brother of Osama bin Laden, Salem.»ˮ

Further details of the business and financial relationships between the Bush and bin Laden family are found in Peter Brewton’s 1992 book The Mafia, CIA and George Bush. BCCI, incidentally, was founded by a Pakistani.

Economics Professor Michel Chossudovsky of the University of Ottawa has just completed a detailed history of bin Laden’s career detailing his secret funding and logistical support to terrorist organizations beginning from his early CIA-supported roots in the 1980s as a “freedom fighter” through to the present day.

Who was Osama Bin Laden? 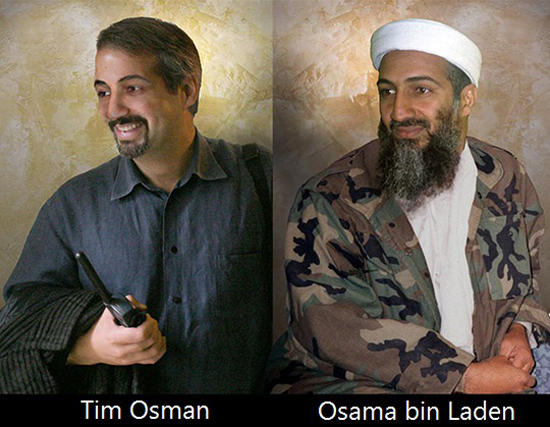 Tim Osman (Ossman) has become better known as Osama Bin Laden. Tim Osman was the name assigned to him by the CIA for his tour of the U.S. and U.S. military bases, in search of political support and armaments. There is some evidence that Tim Osman visited the White House. There is certainty that Tim Osman toured some U.S. military bases, even receiving special demonstrations of the latest equipment. Why hasn’t this been reported in the major media? 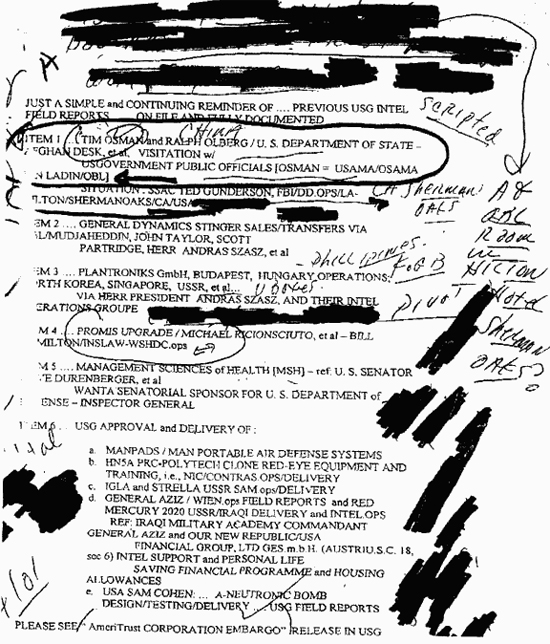 “A few hours after the terrorist attacks on the World Trade Centre and the Pentagon, the Bush administration concluded without supporting evidence, that «Osama bin Laden and his al-Qaeda organisation were prime suspects». CIA Director George Tenet stated that bin Laden has the capacity to plan «multiple attacks with little or no warning.»

Secretary of State Colin Powell called the attacks «an act of war» and President Bush confirmed in an evening televised address to the Nation that he would «make no distinction between the terrorists who committed these acts and those who harbor them».

Former CIA Director James Woolsey pointed his finger at «state sponsorship» implying the complicity of one or more foreign governments. In the words of former National Security Adviser, Lawrence Eagleburger, «I think we will show when we get attacked like this, we are terrible in our strength and in our retribution.»

Meanwhile, parroting official statements, the Western media mantra has approved the launching of ‘punitive actions’ directed against civilian targets in the Middle East. In the words of William Saffire writing in the New York Times: «When we reasonably determine our attackers’ bases and camps, we must pulverize them – minimizing but accepting the risk of collateral damage» – and act overtly or covertly to destabilize terror’s national hosts”.

The following text outlines the history of Osama Bin Laden and the links of the Islamic “Jihad” to the formulation of US foreign policy during the Cold War and its aftermath.

Prime suspect in the New York and Washington terrorists attacks, branded by the FBI as an “international terrorist” for his role in the African US embassy bombings, Saudi born Osama bin Laden was recruited during the Soviet-Afghan war “ironically under the auspices of the CIA, to fight Soviet invaders”.

In 1979 “the largest covert operation in the history of the CIA” was launched in response to the Soviet invasion of Afghanistan in support of the pro-Communist government of Babrak Kamal. 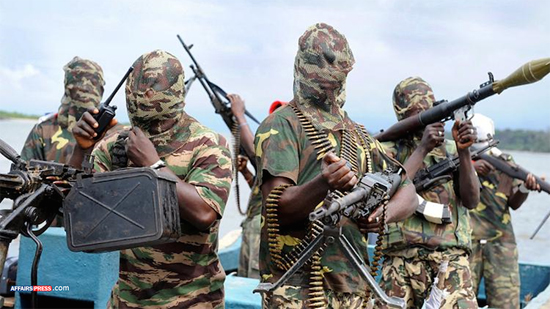 With the active encouragement of the CIA and Pakistan’s ISI [Inter Services Intelligence], who wanted to turn the Afghan jihad into a global war waged by all Muslim states against the Soviet Union, some 35,000 Muslim radicals from 40 Islamic countries joined Afghanistan’s fight between 1982 and 1992.

Tens of thousands more came to study in Pakistani madrasahs. Eventually more than 100,000 foreign Muslim radicals were directly influenced by the Afghan jihad.

The Islamic “jihad” was supported by the United States and Saudi Arabia with a significant part of the funding generated from the Golden Crescent drug trade.

In March 1985, President Reagan signed National Security Decision Directive 166, which authorized stepped-up covert military aid to the mujahideen, and it made clear that the secret Afghan war had a new goal: to defeat Soviet troops in Afghanistan through covert action and encourage a Soviet withdrawal.

The new covert U.S. assistance began with a dramatic increase in arms supplies – a steady rise to 65,000 tons annually by 1987, as well as a “ceaseless stream” of CIA and Pentagon specialists who traveled to the secret headquarters of Pakistan’s ISI on the main road near Rawalpindi, Pakistan. There the CIA specialists met with Pakistani intelligence officers to help plan operations for the Afghan rebels.

The Central Intelligence Agency (CIA) using Pakistan’s military Inter-Services Intelligence (ISI) played a key role in training the Mujahideen. In turn, the CIA sponsored guerrilla training was integrated with the teachings of Islam.

Predominant themes were that Islam was a complete socio-political ideology, that holy Islam was being violated by the atheistic Soviet troops, and that the Islamic people of Afghanistan should reassert their independence by overthrowing the leftist Afghan regime propped up by Moscow.