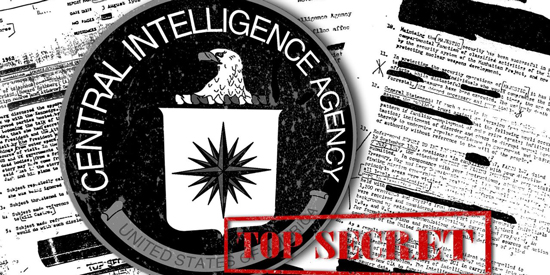 The Central Intelligence Agency has published nearly 13 million pages of declassified files online, documents which previously were physically accessible only from four computer terminals at the National Archives in College Park, Maryland.

The record includes info on Nazi war crimes, the Cuban Missile Crisis, UFO sightings, human telepathy (Project Stargate) and much more. The release has been a long time coming: Bill Clinton first ordered all documents at least 25 years old with “historical value” to be declassified in 1995. The agency complied, however anyone who wanted access had to trek all the way with the US National Archives in Washington DC to get a peak.

In 2014, a nonprofit journalism organization called MuckRock filed a Freedom of Information Act (FOIA) lawsuit pressing the CIA to post all of its documents online, but the agency said it would take up to six years to scan everything according to engaged. At the same time, journalist Mike Best crowd-funded more than $15,000 to visit the archives to print out and then publicly upload the records, one by one, to apply pressure to the CIA. “By printing out and scanning the documents at CIA expense, I was able to begin making them freely available to the public and to give the agency a financial incentive to simply put the database online” Best wrote in a blog post.

“Access to this historically significant collection is no longer limited by geography” said Joseph Lambert, the CIA’s information management director in a press release. The agency was aiming to publish the documents by the end of 2017, but finished the work ahead of schedule.

“We’ve been working on this for a very long time and this is one of the things I wanted to make sure got done before I left. Now you can access it from the comfort of your own home” said outgoing CIA director of information Lambert. The agency continues to review documents for declassification, so the treasure trove has not been unearthed in full, and there’s definitely more to follow.

The online records shed light on the agency’s activities throughout the Vietnam, Korean and Cold War conflicts; they also include documents relating to UFO sightings and psychic experiments from the Stargate program, which has long been of interest to conspiracy theorists. The archives also cover events from the 1940s the 1990s (each year, a new batch are declassified) and include details about the flight of war criminals from Nazi Germany, the quarter-mile Berlin tunnel built to tap Soviet telephone lines, internal intelligence bulletins and memos from former CIA directors, and more.

The released trove also includes the papers of Henry Kissinger, who served as Secretary of State under presidents Richard Nixon and Gerald Ford, as well as several hundred thousand pages of intelligence analysis and science research and development.

Among the more unusual records are documents from the Stargate Project, which dealt with psychic powers and extrasensory perception. Those include records of testing on celebrity psychic Uri Geller in 1973, when he was already a well-established performer.

Memos detail how Mr Geller was able to partly replicate pictures drawn in another room with varying – but sometimes precise – accuracy, leading the researchers to write that he “demonstrated his paranormal perceptual ability in a convincing and unambiguous manner” the BBC reported. 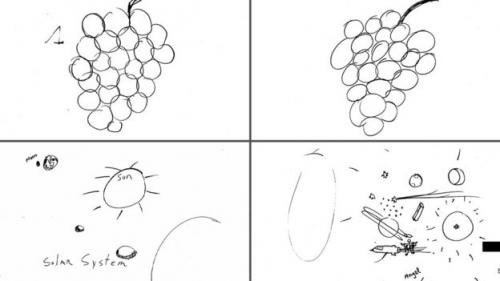 One set of documents details results of psychic tests on Uri Geller, where he attempted to copy drawings made by researchers from within a sealed room.

One of the tests involved drawings. A word was selected at random from a dictionary. The first word selected was “fuse”. A firecracker was then drawn by someone outside the locked room. The picture was then taped to the wall outside Geller’s cell and he was told via intercom the drawing was finished. The CIA documents say: “His almost immediate response was that he saw a ‘cylinder with noise coming out of it’. His drawing to correspond with it was a drum, along with a number of cylindrical-looking objects.”

The second word chosen was “bunch” and a scientist drew a bunch of grapes. The document states: “Geller’s immediate response was that he saw ‘drops of water coming out of the picture’. “He then talked about ‘purple circles’. Finally, he said that he was quite sure that he had the picture. His drawing was indeed a bunch of grapes.”

The researchers concluded Uri “demonstrated his paranormal perceptual ability in a convincing and unambiguous manner”.

Other unusual records include a collection of reports on flying saucers, and the recipes for invisible ink. 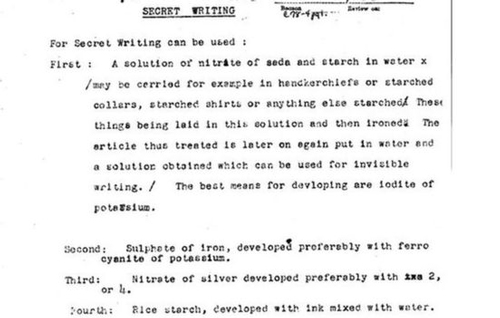 “None of this is cherry-picked,” said CIA spokesperson Heather Fritz Horniak, cited by CNN. “It’s the full history. It’s good and bad.”

Nothing in the archive is newly declassified. Although the documents are declassified, redactions do exist throughout the millions of pages. The redactions, which Horniak describes as light, were done to protect sources and methods that could potentially harm national security, she explained.

The archive is massive, and new developments on the CIA’s activities throughout its storied history are likely to come out as the millions of pages are reviewed.
So is the online database likely to reveal anything particularly juicy? It is not likely, especially since the documents have likely been extensively scrubbed in advance even though CIA Director of Information Management Joseph Lambert said the agency did one last check through the collection before releasing it, and did not reclassify any more documents.

However, the documents will surely provide hours of inquiry for historians, war buffs, UFO enthusiasts and others. The archives cover events from the 1940s the 1990s. It can be accessed at this link.