Could Light From LED Screens Cause Irreversible Eye Damage? 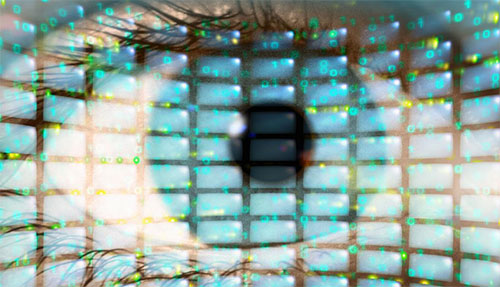 It was Dr. Celia Sanchez-Ramos’s previous study exposing rats to white LED light bulbs back nearly 10 years ago that first motivated John Christian to write his books.
Generally, her research is superb, although it has been largely ridiculed by other ophthalmological scientists and doctors throughout the world. Yet she is courageously holding to her carefully researched, honest views.

She is one of the very few, truly great, honest, medical professionals today. She works at Complutense University of Madrid, in Spain. Here is her research published by Medical Life Sciences showing how LED computer screens and tablets seriously damage the retina of rats, which supports John Christian’s previous radical allegations and predictions in his two books.

The study was performed for 3 months in daily cycles of 16 hours of light and 8 hours of darkness.
After the study was completed, all of the three groups of rat’s eyes were tested. The eyes of the rats not exposed to any screens at all, and the rats exposed to the screens with the Reticare blue light protectors fitted were all the same and had not been damaged at all.

However, the retinas of rats exposed to the unprotected LED screens showed a 23% retinal cell death rate over the 3 month period.
Even the researchers at the university were totally shocked to observe this level of apoptosis (programmed cell death) in such a short period in animals that have a life expectancy of 10 years.

People who use LED computer screens a lot, such as gamers, for a long while, have been complaining of serious problems with their eyesight and now most use blue light screen protectors or yellow tinted spectacles to cut out the excessive damaging LED light. However, unfortunately, this usually distorts colour perception.

Interestingly, PB Technology (a big New Zealand computer retailer) has a new range of LCD (Liquid Clear Crystal) computer monitor screens in stock. They are emitting very little damaging blue light, but they do emit a lot of UV, which doesn’t damage the retina, yet it does damage the eye’s lens. However, if you wear eye glasses with plastic lenses, these cut out virtually all of the UV.

These screens had been taken off the market and replaced with LED screens a few years ago. The manager of one of the company’s stores explained in an interview that they produce again the LCD screens because more and more gamers are going back to them, from the LED screens, because they don’t hurt their eyes!

All this going on, while the Global Lighting Association (representing over 5,000 lighting manufacturers) wants to convert the whole world to LEDs by 2020, and virtually all the world’s leading  optical and ophthalmological scientists and medical doctors say LED light bulbs and LED screens don’t harm you!

On the front cover of John Christian’s book The Light Bulb Mafia Postscript(on the Internet) published in July 2014, he says: “A history of the secret global light bulb cartel – and why the insidious global transformation to modern LED, OLED, and LD lighting technology, if not soon stopped or radically changed – is going to curse the whole world with BLINDNESS!”

Clearly, Dr. Celia Sanchez-Ramos’s research mentioned in this article points precisely to the inevitability of this soon happening. Yet, still very few people, including the medical profession, are not acknowledging this is even occurring.

However, the evidence now is simply overwhelming. Already some Asian countries have 90% of their school children by age sixteen suffering from serious eye problems and myopia and will probably be blind by age 50.

So why are there very few speaking up, and why isn’t anything meaningful being done about this tyranny?

Virtually all smart phones have LED backlit screens as well. Are the over ten million doctors represented by the World Medical Association, in truth, members of one, giant, global lunatic asylum? It certainly looks like they are…

90% of Weight Loss Is Diet: These 21 Foods Will Help You Blast Belly Fat, Lose Weight, and Keep It Off For Good