Cyber crises could be useful for several Illuminati agendas because they can be contrived in a way that obfuscates the source and purpose of an attack.

The cyber-realm is an Illuminati creation where the threats can also be falsely attributed to a designated target perhaps as a pretext for war or as a justification for biometric authentication i.e. microchips. 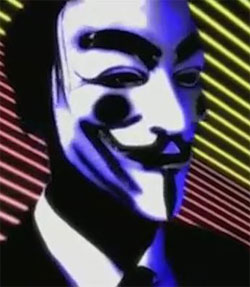 Well, the commercial makes the case that there is an “enemy with no face” that is actively trying to attack the US.
Leon Panetta has stated that a “cyber-Pearl Harbor” attack, like a cyber 9/11, is expected in the “battlefield of the future”. The last time Establishment figures discussed a new Pearl Harbor, the Americans got 9/11.

Cyber warfare has nearly limitless potentials for the power-mongers, hence the mad dash by the Establishment leadership into societal cyber dependence. It is the action of technologically-induced power-monopolization that is the raison d’être of the internet-of-things.

To the Powers-that-be and would-be usurpers, cyberwar can be useful in a variety of ways to nudge or demand a variety of agendas. It’s a cryptic battle space where the e-combat can be impenetrably cloaked, thus an individual interpreting cyber events has his abnegation ability quickly diminished because deciphering them supposedly requires a certain degree of technical specialization beyond the general person’s comprehension. Masking aggressors and targets and intentions all benefits go to the criminally-inclined segments of society.

Cyberwar can be – and is – used offensively, defensively, chaotically, subversively, or some combinations thereof (think of stuxnet for example) and it’s executed in a realm that is only dimly grasped by the average person despite their utter reliance on the cyber technology. The clandestine ease in commanding, or commandeering, digital covert actions and garnering plausible deniability is immense.

Check this Viceland doc-series called CyberWar – The Future Belongs To Those Who Can Hack It: “When you think of national security, do you picture tanks and foot soldiers? Well, it’s time to update your files. The ecosystem of cyberwarfare is a new generation of threats that may be evolving faster than our ability to control them”.

Granted, Viceland is an uber-liberal information source, but the point is to show that they are bringing the cyber fear to the public mindset. The media is mainstreaming it for a reason: corralling the audience behind Big Brother of the Deep State for protection and safety. Some get the impression that the public programmers have inserted their particular cyber-attack ideas so that predictable public reactions can be pre-molded and then properly shaped when a future event occurs. Take your pick what that event could be – Viceland makes a bogeyman out of China, Russia, Iran, and North Korea. 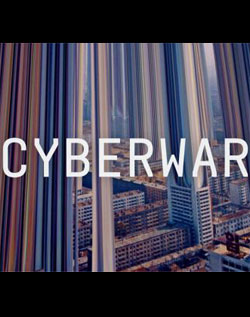 You can see the e-Zeitgeist morphing into an atmosphere of cyber hyper-vulnerability that instills fear and deploys terror by interrupting financial systems, health care systems, power grid systems, and so on.

Political motives could include the impetus to validate a new “secure” internet devoid of its prior “Wild West” freedoms, or coordinating some kind of stock market crash that can be profited from and consequently foments a financial restructuring of some sort, or for war where some malcontent entity could be false flagged to provide a pretext for a new or expanded war theater; they could be blamed for knocking out some critical infrastructure – the malcontent entity could even be the legitimate source of the attack.

“Attribution, for a whole host of reasons, is incredibly difficult. The biggest reason being that just because the IP address identified as the source for malicious traffic is located in a specific country, the actual attacker may not be.

If you can’t definitively identify the attacker, it’s very difficult to ascertain motive. You can look for linkages and make some solid speculations, but definitively placing blame based on limited information really isn’t responsible.

Attackers are sometimes self-motivated by nationalist interests, and may conduct attacks even without the aegis of their state-sponsor. The thing is that this can make it difficult to determine the true source of an attack, and whether it’s conducted by individuals, a state, or a third party operating under a false flag. While world events may ‘trigger’ an attack, it may be a smokescreen.”