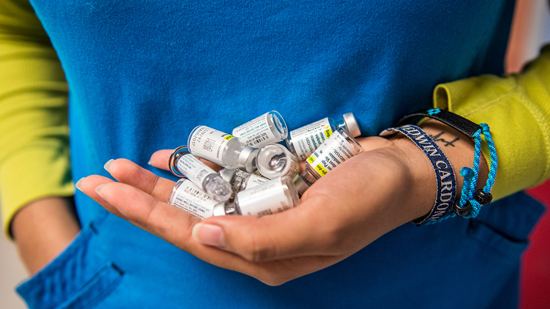 One recent article by Breitbart made a shocking departure from its regularly scheduled programming with the publishing of an Associated Press (AP) article pushing the human papillomavirus (HPV) vaccine for men.

According to the report, one in four men in the U.S. currently has some kind of genital infection caused by a sexually transmitted virus, and the only solution, apparently, is to jab all males with a vaccine originally designed for women to help them avoid cervical cancer – or so the vaccine’s manufacturers claim.

The brief, five-paragraph AP endorsement of the HPV vaccine published by Breitbart cites a study published in the journal JAMA Oncology that claims injecting pre-teens and young adults with HPV vaccines will help them avoid developing the virus. It also claims that most HPV infections show no symptoms and disappear on their own without treatment.

The report also claims that most adults will develop an HPV infection at some point in their lives, which is why getting vaccinated is important – though not enough people do, the reports insists, as it makes a push for more compliance.
In less than 150 words, the AP claims that genital infections that were once only associated with female cancers, like cervical cancer – though even this connection is lacking in scientific merit – are now associated with male cancers, and that men need to undergo the jab for the protection of the “herd”.

It’s the same narrative constantly being pushed by mainstream news outlets like NPR, for instance, which tried to make the case that even adult men approaching the age of 30 should get the HPV vaccine to supposedly avoid genital warts and cancers of the anus and penis.

These types of radical and unsubstantiated scare tactics are what you might expect from the left-wing media. But to see them also being published (perhaps without sufficient review) by Breitbart is a bit disheartening, though to be clear Breitbart merely republished this AP propaganda piece — its editors didn’t actually write it. Still, Breitbart needs to be wary of AP vaccine propaganda and avoid being inadvertently exploited into spreading it.

It would have been far better to cover the warnings against the vaccine’s ineffectiveness and counter some of the pro-vaccine nonsense being peddled by the CDC, Bill Gates, Hillary Clinton and left-wing medical tyrants like California Sen. Richard Pan. While there are over 30 different strains of HPV, the HPV vaccine only protects against four, and only two of these are known to be cancer-causing. These four strains are also among the least prevalent.

Dr. Diane Harper, who helped run phases II and III of the vaccine manufacturer’s clinical trials, publicly admitted that most infections show no symptoms and resolve on their own. And those that don’t, she says, have only a very rare chance of developing pre-cancerous cells that might lead to cancer.
Beyond this, the HPV vaccine comes with a number of serious risks, not the least of which include neurological damage and, believe it or not, cervical cancer. That’s right: the HPV vaccine to prevent cervical cancer can actually cause it, according to data compiled in the official Vaccine Adverse Events Reporting System (VAERS).

According to figures compiled by SaneVax Inc., the total number of adverse events reported in conjunction with HPV vaccines through December 2016 nearly tops 50,000. These include thousands of permanently disabled young folks, and at least 300 deaths. The overall number of “serious” adverse events reported following HPV vaccination is well over 6,000.

The American College of Pediatricians (ACP) has also come forward to admit that the HPV vaccine is sterilizing some young women by triggering a condition known as premature ovarian failure, or POF, also known as premature menopause. The group describes POF as a “very rare but serious condition” with VAERS indicating some 213 known cases as of the beginning of 2017.