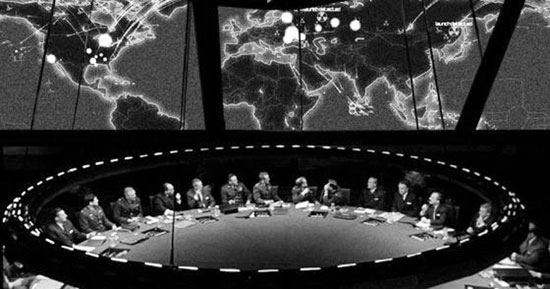 “I find the current political situation to be as bad as I thought it would be when I forecasted it about ten years ago. The worst is yet to come. The corruption in the system is becoming much more apparent. The extreme biases in the mainstream media in favor of their particular owner’s faction is fairly obvious. The moneyed class turned the law and the thought leaders framing to their own benefit, and would now do anything they can to keep their ill-gotten gains.ˮ – Jesse, from Jesse’s Cafe Americain.

Benjamin Franklin said, to paraphrase, those who are willing to give up some freedom in exchange for security will end up with neither. That’s where we are today, America. The Patriot Act was written well over a year before 9/11. The blueprint for the Department of Homeland Security was crafted in the mid-1990s, during Clinton’s presidency.

It’s all stunningly Orwellian. Even the terms used to describe newly created Government functions are right out of Animal Farm and 1984. The totalitarian control, confiscation of wealth by those in a position to confiscate and the use of technology to invade and regulate our private lives was prophesied by Orwell, Ayn Rand (Atlas Shrugged) and Aldous Huxley (Brave New World). The technology that we take for granted as making our lives better is being used to remove our rights and freedoms.

Ironically, it all starts with the control of the monetary system. “Those who control a nation’s currency need not be concerned about who or what makes the lawsˮ said the infamous Mayer Rothschild. A few unelected “officials” control the United States’ creation of currency, which is then used as a tool to confiscate wealth – at first slowly, and soon it will happen all at once.

In this episode of the Shadow of Truth, it’s discussed the Orwellian fog that is enveloping the US nation and connect the political control of our lives to the control of interest rates and gold.