A doctor at a prestigious medical clinic drew vicious attacks from vaccine defenders after he published a blog post suggesting that toxic chemicals in vaccines might be one factor in an “epidemic” of chronic diseases, including neurological disorders such as autism.

Dr. Daniel Neides is a family doctor and the director of the Cleveland Clinic Wellness Institute. Neides’ post caused an immediate backlash, with other doctors describing the article with terms like “vile” and accusing Neides of serving an anti-vaccination agenda.

Notably, Neides does not take a hard line anti-vaccine position, but rather suggests that some vaccines are unnecessary and that others should be spaced more widely. But that did not stop the media from implying that Neides was promoting a complete vaccine opt-out, or other doctors from harassing the Cleveland Clinic until it agreed to discipline him.

Is “toxins are harmful” controversial? 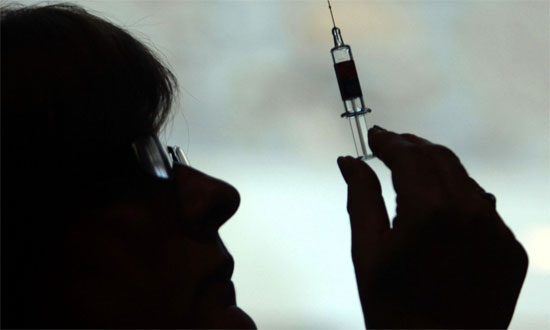 So what precisely did Neides say to cause such an outraged response? The blog post opens with his story of going to get a flu shot – hardly the action of a vaccine refuser – and asking for a “preservative free” shot in order to avoid being exposed to mercury in the form of thimerosal. Neides then discovered that the “preservative free” shot does indeed contain preservatives, in the form of the carcinogenic chemical formaldehyde.

Neides uses this anecdote as a jumping off point to talk about the myriad ways that the modern world exposes us all to toxic chemicals, which are destroying our health.

“My anger … stems from a constant toxic burden that is contributing to the chronic disease epidemic,” he writes.

Neides notes that there are more than 80,000 chemicals being used in the United States, with another 2,000 introduced every year. In addition to vaccines, we are exposed to these via food, air pollution, personal care products, and even our clothing. He then makes the non-controversial claim that toxic chemicals disrupt the functioning of normal bodily systems, and can lead to diseases including cancer, autoimmune disease, heart disease, diabetes, and neurological diseases.

Although the link between toxic chemicals and neurological disease – including Parkinson’s, which Neides specifically mentioned – is well established, Neides’ inclusion of autism and attention deficit hyperactivity disorder (ADHD) on the list is part of what drew the ire of the medical establishment. But there is certainly reputable research suggesting a role of toxic chemicals in the development of both conditions.

Neides goes on to say that while the body has a “wonderful” capacity to clear out toxic chemicals, excessive exposure can overwhelm this system. Because vaccines are one source through which we are exposed to toxins such as formaldehyde, aluminum, and sometimes mercury, Neides holds them partially culpable for the chronic disease epidemic.

“Does the vaccine burden – as has been debated for years – cause autism?” he writes. “I don’t know and will not debate that here. What I will stand up and scream is that newborns without intact immune systems and detoxification systems are being over-burdened with PRESERVATIVES AND ADJUVANTS IN THE VACCINES.”

In response to the backlash drawn by Neides’ post, the Cleveland Clinic published a repudiation of Neides’ post, promised to discipline him, and said he would not be doing any interviews on the topic.

“Our physician published his statement without authorization from Cleveland Clinic. His views do not reflect the position of Cleveland Clinic and appropriate disciplinary action will be taken,” the clinic said.

While mainstream media reports on the “controversy” implied that Neides’ post might encourage people to stop getting vaccines, the doctors leading the backlash seemed to have a very different concern.

In a news interview, Pho clarified that he doesn’t like it when patients ask him questions about vaccines – because then he has to spend time talking with them.

“Time is at a premium, and having to spend that time dispelling fake health news only adds to the pressures primary care physicians face in a 15-minute office visit,” Pho said.