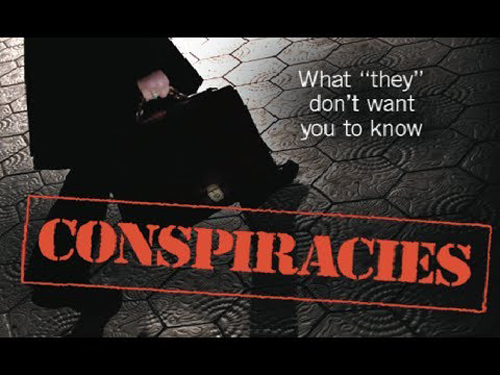 Alternative news websites have been reporting for the longest time that mainstream media companies in the United States are little more than tools of the Illuminati used to strategically shape and influence the perceptions of American citizens. The same alternative news websites have suggested that various US Intelligence Agencies are not working for the American people but rather for a governing construct which prefers shadows and secrecy over transparency and the light of day. Neither of these claims are taken seriously by the vast majority of educated people in the world because the concepts are both considered conspiracy theories.

Whenever anything is written by anyone that strays from the official script the Establishment elite have authored and distributed for public consumption, it’s often labeled by the mainstream media as conspiracy theory. Anything labeled a conspiracy theory usually fades quickly into a deep, dark abyss never to be seen again as a serious subject by the educated people in the world.

Labeling something a conspiracy theory is an ingenious way to immunize the citizens of an entire country against embracing the truth. This method of mind control used by the powers that be has always worked well in America – until recently.

Something has gone terribly wrong for the Illuminati. Something absolutely amazing is happening in the United States. Very quickly the rules of the game are changing right in front of our eyes. It is something that many thought would never happen in our lifetime. But then again many never thought they would see someone like Donald Trump get elected president of the United States and seriously challenge the powers that be.

Donald Trump is changing the game. He is redefining everything in US politics and what it means to be presidential. The 45th president of the United States is changing the way Americans perceive the US government and the media companies that deliver information to the masses every single day of the year.

Donald Trump is removing the word “theory” from “conspiracy theory” and in doing so is pulling certain subjects out of a deep, dark abyss they were never intended to leave. As far as the powers that be are concerned, these subjects were carefully buried for an eternity, never to be revisited again by the educated people.
Do you think the Illuminati wanted the following concepts pulled out of their conspiratorial tombs?
– The mainstream media is controlled by the US Intelligence Agencies;
– The mainstream media is the biggest purveyor of fake news;
– The US Intelligence Agencies are working against the American people;
– Big Pharma is working hard to keep Americans sick;
– Big Pharma is manufacturing harmful vaccines that cause autism and other serious health disorders.

Believe it or not, the list referenced above was considered, until recently, to be comprised of silly conspiracy theories by most educated people. But times are a changing. If Donald Trump stays healthy and is able to survive the next four years and hopefully a second term, the list above could grow very long and the individual items on it will not be identified or referred to by the educated people as conspiracy theories. They will finally be recognized and identified as the real and very dangerous conspiracies they have always been.