Drug Companies Are Not In Business to Make You Healthy 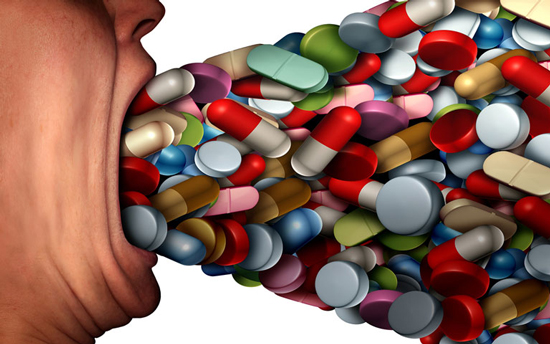 Like any business, drug companies want more customers. Unlike any other business, these multinational corporations have the means to create lifelong customers because they can get their prospects chemically addicted to dangerous, synthetic compounds that have been specifically designed for just that purpose.

Think about the people in your life that take prescription medicines. You probably know an aunt or uncle that takes a pill to control hypertension, diabetes, cholesterol, or some other chronic condition. Maybe the person you know taking a prescribed drug is a parent or a sibling. Maybe you’re the person addicted to a prescription drug. How long have you been taking the same pill for a medically diagnosed condition? Has it been days, weeks, months or years? Chances are good that the people you know taking prescription drugs have been doing so for an extended period of time. Chances are equally good that the people you know taking medications aren’t planning on kicking their habits anytime soon.

The drug companies are in business to create and sell addictive, chemical products perceived by the members of society to be necessary in order to create a healthy, functioning body. People actually believe, in today’s world, the only way to control diabetes, high blood pressure and high cholesterol is through prescription drugs. The average person doesn’t give much consideration to the idea of getting off the sofa to partake in an exercise program. Most people want instant gratification. They want to be healthy without having to put serious effort into their campaigns. They’d rather take a prescription drug than walk a few miles every day to improve some flagged chemistry profile that was discovered in a lab test ordered by a physician.

There are many health care experts openly questioning recommended, published guidelines pertaining to blood pressure and cholesterol. For years, allopathic medicine supported the idea that a good systolic blood pressure was 100 + a person’s age. If a person was 65 years old, an acceptable blood pressure reading, according to the old guidelines, was around 165/80. But that didn’t bode well for Big Pharma’s plan to medicate most of the U.S. population (and of the planet as well). The solution: lower the published guidelines so millions of people could instantly be reclassified as having hypertension. Suddenly, there was a need for a lot more drugs to be prescribed to all those people diagnosed with high blood pressure.

It’s the opinion of some natural health care practitioners that cholesterol guidelines have also been published at a lower level than is attainable by the body through natural measures. The current guidelines are practically unattainable without synthetic drugs. There are serious questions being asked, by some scientists, about the dangers of Statin drugs which artificially lower cholesterol levels in human beings, and about how low cholesterol might negatively impact the immune system over time. 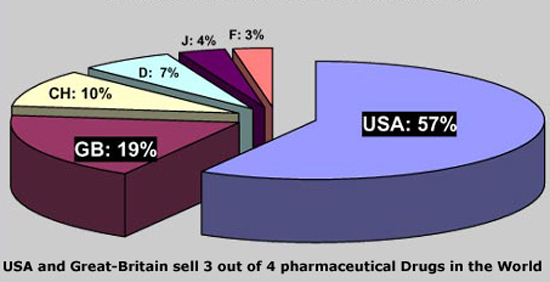 As long as there continues to be lazy and apathetic people in the world, drug companies will continue to prosper.
It’s pretty ironic that we commonly associate the drug business with health care when, in fact, it is sickness care this industry and its associated professions are pedalling.

The countless drugs being produced by a myriad of companies are not designed to make people healthy. They are designed to control and suppress the symptoms associated with physiological disorders. Many of these symptoms are important and strategic attempts by the body to naturally heal bodily tissues.

To heal the body from the inside out is a concept not often addressed, for the most part, by members of organized medicine or the pharmaceutical industry. To address, in a public forum, the idea that human beings could possibly resolve physiological obstacles without the use of synthetically made products, that have U.S. and international patents firmly attached to them, would be considered pseudo-science by many traditional health care professionals. Individual doctors and scientists having the nerve to broach publicly any ideas that might rub friction into conventional, medical dogma of the present day, are usually ostracized from their colleagues, supervisors, and profession. To go against the grain, in the medical world, is to commit professional suicide.

The drug corporations; the medical schools and associated textbooks produce for such institutions: the insurance companies they indirectly own or control; the media companies that sponsor drug advertisements or are directly owned by parent companies that have ownership ties to drug companies; the research scientists that are paid by funds coming from institutions and grants with close ties to drug companies, and the profitability factor associated with selling pharmaceutical products that are inexpensive to produce and sold, in many instances, at a 1,000% mark-up in price to health care consumers are the enabling components allowing this national health crisis to continue year after year. Meanwhile, we have politicians and people up in arms, arguing about what’s the best way to pay for prescription drugs that are killing many of us. What’s the best solution? Obamacare? Trumpcare? Forget about paying for this. People need to stop buying these poisons right now, if they ever hope to get back to a true state of health.

The statistics compiled by the World Health Organization (WHO) demonstrate a very disturbing trend for people living in America. Despite the fact the nation has the best and most sophisticated health care technology in the world, it continues to have a lot of unhealthy people. If one were to put two and two together, a simple conclusion could be drawn that would clearly point to prescription drugs as being the major culprit that’s been dragging the entire nation’s health status to the drain when compared to other countries throughout the world keeping similar statistics.

Big Pharma does not gain anything, from a financial perspective, by developing products that would cure any specific disease process. To find a cure is counterproductive to the drug industry’s goal of expanding its business. To find a cure means, in effect, to destroy business. There’s no money to be made when people are functioning in a healthy manner. The money and potential profit are all based on a nation filled with sick and dying citizens. The more sick people are, the better the profits will be for Big Pharma.

Most of what health care consumers understand about health has come from textbooks and media presentations that are completely controlled by the pharmaceutical industry. With today’s media construct, there are very few sources people can access to get reliable, unbiased information on the subject of health.

It’s important that everyone becomes active participant when it comes to the health and wellbeing. Commit to a daily exercise program; drink plenty of clean, non-fluoridated water; eat a healthy, balanced diet, and refrain from visiting medical physicians unless you encounter an emergency situation that cannot be stabilized without the presence of medical personnel. By using a little common sense, when reviewing options that might affect your health, you can decrease the odds of becoming dependent on prescription drugs and being harmed by drug companies that are not in business to make you healthy.

The World Order – How It Works