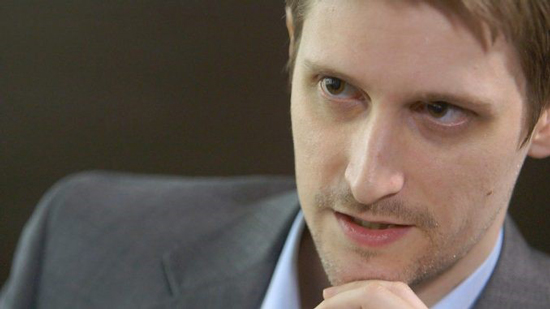 Facebook accused the data analytics firm of improperly harvesting data from millions of Facebook users, but Snowden lashed out saying the blame lies squarely on the social media giant.

“Businesses that make money by collecting and selling detailed records of private lives were once plainly described as ‘surveillance companies’,” Snowden said. “Their rebranding as ‘social media’ is the most successful deception since the Department of War became the Department of Defense.”
“Facebook makes their money by exploiting and selling intimate details about the private lives of millions, far beyond the scant details you voluntarily post” Snowden said. “They are not victims. They are accomplices.”

Cambridge Analytica denied any wrongdoing, issuing a statement that said the firm “fully complies” with Facebook’s terms of service.

The ensuing uproar has prompted at least one lawmaker, Sen. Amy Klobuchar, D-Minn., to call on Facebook CEO Mark Zuckerberg to testify before the Senate Judiciary Committee.

Special counsel Robert Mueller, who is investigating possible collusion between the Trump campaign and Russia, reportedly asked Cambridge Analytica last fall to surrender emails from any of its employees who worked for the Trump campaign. The firm complied to the request.

Facebook has already taken heat for spreading “fake news” during the election and promised changes.
Last year, Facebook handed Mueller its findings regarding Russian Facebook ads, revealed when the company announced $100,000 was purchased for ads from June 2015 to May 2017 by a Russian “troll farm” called the Internet Research Agency, which has promoted pro-Russian propaganda. The money was connected to approximately 3,000 ads and 470 “inauthentic accounts and pages”.

Mueller later indicted 13 Russian nationals and three Russian entities for meddling in the 2016 presidential election, those who were part of the Internet Research Agency.

Snowden was granted asylum in Russia back in 2013 after he leaked secret information from the National Security Agency’s surveillance programs and has been there ever since.