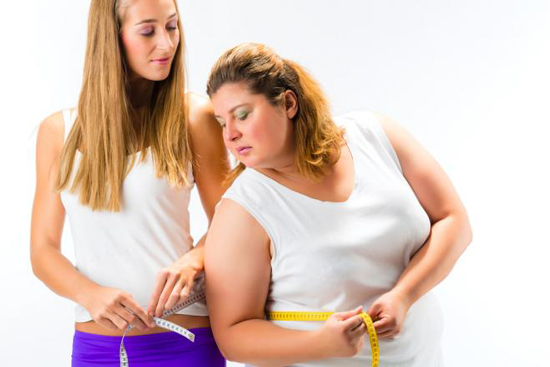 The number of obese people in the world now outnumber the underweight people, according to analysis of the trends of adult body-mass index in 200 countries over the last 40 years. The major study, published in the medical journal The Lancet, shows that the number of obese has risen to 641 million from 105 million in 1975.

“Over the past 40 years, we have changed from a world in which underweight prevalence was more than double that of obesity, to one in which more people are obese than underweight,” says senior author Majid Ezzati from the School of Public Health at Imperial College London.
“If present trends continue, not only will the world not meet the obesity target of halting the rise in the prevalence of obesity at its 2010 level by 2025, but more women will be severely obese than underweight by 2025.”

In South Asia, almost a quarter of the population are still underweight. In central and east Africa, levels of underweight are higher than 12 percent in women and 15 percent in men.
The authors warn that global trends in rising obesity should not overshadow the continuing underweight problem in poor countries.

Almost a fifth of the world’s obese adults, 118 million of them, live in six high-income English-speaking countries: Australia, Canada, Ireland, New Zealand, UK and the US. In Australia, about 27 percent of the population are obese.

Manny Noakes, the research director of the Health and Nutrition Program at CSIRO, says the numbers are alarming and impact not only on increasing chronic diseases but also on the environment.

“Heavier populations consume more fuels as well as food which is not sustainable,” Noakes says. “The low cost of junk foods and beverages is a contributor. Appropriate food policies and universal nutrition and healthy weight programs particularly targeting preconception are urgently needed.”