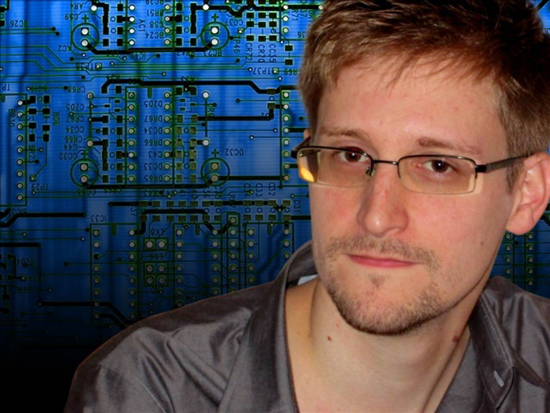 As most of us know, Edward Snowden is the former intelligence contractor who leaked the NSA’s mass surveillance program and discovered some of the most solid evidence for the existence of clandestine black budget operations. But did we really need the leak in order to believe this? Prior to his leaks, the issue was still considered a conspiracy theory by many, despite the fact that there was still good evidence for these programs ahead of Snowden’s revelations.

The United States has a history of government agencies existing in secret for years. The NSA (National Security Agency) was founded in 1952, but its existence was hidden until the mid-1960s. Even more secretive is the National Reconnaissance Office, which was founded in 1960 but remained completely secret for 30 years.

Today, there are still a number of issues that hold the stigma of conspiracy theory, despite the fact that we have some very credible sources that have revealed some intriguing facts, and one of these issues falls into the realm of parapsychology, the study of phenomena ranging from mental telepathy, clairvoyance, to psychokinesis, remote viewing, and much more.

Just imagine how useful those things would be to spy on people? No doubt a great asset to the surveillance state if they are indeed real, which a lot of evidence suggests they are.

A classic example comes from the U.S. government’s Stargate program, which lasted more than 20 years. The program was actually declassified about a decade ago and the results were published in the journal Scientific Exploration. The program studied various uses for parapsychology and extended human capacities, like telepathy, but was terminated despite the fact that it was very successful with little to know explanation. The program was run by intelligence agencies, like the CIA and NSA, in conjunction with the Stanford Research Institute (SRI).

So, as you can see, this is not strange territory for intelligence agencies.
In fact, in 1976, before this program commenced, a presentation was given at the Institute of Electrical & Electronics (IEEE) on a paper published by the institute on behalf of Doctors Hal Puthoff and Russell Targ, two of the main scientists involved with project Stargate.

Even in 1975, the funding clients had agreed that this subtle perception channel existed in both experienced and inexperienced individuals. The paper was titled A Perceptual Channel For Information Transfer Over Kilometer Distances: Historical Perspectives and Recent Research. It presented scientific evidence for the existence of a perceptual capacity channel whereby certain individuals are able to perceive and describe remote data not perceivable to any known sense.

A CIA document titled Chronology of Recent Interest in Exceptional Functions of The Human Body in the People’s Republic of China is also another great example of their interest. In the document, it outlines the Chinese government’s interest in parapsychology (remote viewing, telepathy, psychokinesis, etc.).
The document is on the CIA website, but only seems to be accessible from the Internet Archives, a San Francisco–based nonprofit digital library with the stated mission of “universal access to all knowledge.”
These facts were also outlined in a declassified U.S. Air Force report on teleportation, which was made available through the Federation of American Scientists.

Here is another one titled Research into Paranormal Ability To Break Through Spatial Barriers that touches upon the same thing. This particular document, which was declassified through a Freedom of Information Act request (FOIA), outlines specific people with very special abilities and how they’ve been studied by thousands of scientists and governments around the world for a very long time.

So, Where Does Snowden Come In?

On October 31, 2016, Edward Snowden retweeted a tweet from NYT Minus Context that said “Remember that people don’t have access to your secret thoughts and feelings.” His tweet was a response to massive global surveillance, and the fact that nobody really has any privacy anymore. NWY Minus Context was trying to remind people that not everything can be under the watchful eye of the NSA. The thing that’s confusing is the fact that along with Snowden’s retweet, he responded with, “Well, most people.” See below:

Now, Snowden could have simply been implying that the NSA is capable of collecting so much data on so many people that they can determine your thoughts, your next move, how you think, and what you feel. They probably have systems and algorithms in place to make predictions about this based on your online activity and more. On the other hand, he could have also been implying that these people do actually have the ability to, if need be, read your mind.

This tweet takes us back to a lecture given by Ingo Swann, one of the multiple main participants within the CIA’s Stargate program. Swann was able to successfully describe and view a ring around Jupiter before scientists had any idea that it existed. This took place before the first ever flyby of Jupiter by NASA’s Pioneer 10 spacecraft, which confirmed that the ring did actually exist. The results were also published and declassified in advance of the ring’s discovery.

In the lecture, Swann describes some of the remote viewing exercises that went on during the program, and, along with remote viewing (the ability of individuals to describe a remote geographical location up to several hundred thousand kilometres away from their physical location) came the concepts of precognition and the ability to perceive what another individual at a remote location is thinking.
He stated that when those concepts came into play, the “men in suits” came in and shut the program down.
These concepts would indeed be the biggest threats to government secrecy that the world has ever known.

Paul Smith, a Ph.D. in philosophy and an Army Special Forces intelligence officer who was also part of the program additionally details specific examples of precognition within the remote viewing program, and that it worked multiple times. He does so in his book The Essential Guide To Remote Viewing: The Secret Military Perception Skill Anyone Can Learn.