OPEN LETTER TO THE EUROPEAN COMMISSION

We are missing a legislation which would ban the purposeful remote manipulation of the human nervous system and organism including remote killing of people.

In middle March 2016, the Polish Defense minister Antoni Macierewicz visited the University of Father Tadeusz Rydzyk to participate in the discussion on problems of contemporary politics, armed conflicts and terrorism. One of the listeners asked him whether Poland has got a strategy, how to solve illegal experiments with electromagnetic weapons on unwitting Polish citizens. Antoni Macierewicz replied that his ministry is conducting an analysis on this subject and that he is going to establish a commission, which will investigate the complaints of Polish citizens.

In this way the Polish minister of Defense admitted that there exist electromagnetic weapons, capable to interfere with the functioning of human organism and that it may be used on Polish citizens.

The fact that the major European media did not report on this event rose our suspicion that the European Union Member States are bound to keep those weapons secret and even bound not to legislate against their use. Our suspicion was confirmed by the Polish weekly NIE, when its journalists were asking the Polish Defense Ministry why he did not fulfill his promise and did not establish a commission which was supposed to investigate complaints of Polish citizens that they are exposed to electromagnetic attacks. The Defense Ministry replied that this topic is subjected to national security information connected with the defense of the nation.

Evidently, this sequence of events connects to the fact stated in the document Crowd Control Technologies, published in 2000 and initiated by the European Parliament, which says that the NATO Member states have accepted the American doctrine of non-lethal weapons, which includes “systems which can directly interact with the human nervous system”. 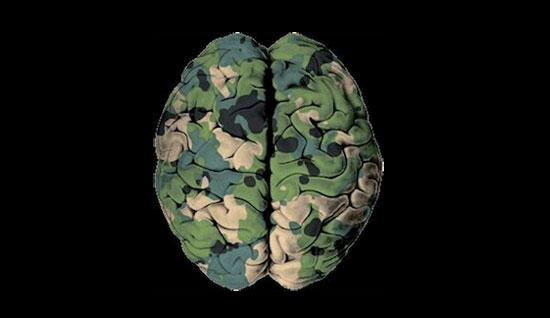 Now it seems to be clear that the European Union Member States have in their arsenal a classified military technology, which can be used for electromagnetic attacks on people. Apparent classification of this issue explains as well your evasive replies to our previous letters on this subject.

In 2014, Chinese scientists published the results of an experiment in which they searched for microwave conductivity of electrolyte solutions. In the introduction they stressed that their experiment “plays an important role in investigating the interaction between electromagnetic waves and biological tissues that have high water content and a significant concentration of ions”. They used a solution of salt for their experiment. The chemical formula of salt is NaCl. It means it contains atoms of sodium and chloride. Ions of both of those atoms play an important role in the firing of nerve cells. The experiment proved that this electrolyte is conductive for microwaves up to 20 Gigahertz frequency. For the solutions with higher contents of salt the conductivity of electrolytes was higher with microwaves than with direct current.

If a human being is supposed to feel something, do something or think about something, it is necessary that large quantities of neurons start firing at the same frequency. The chance for the effectiveness of the manipulation of the human nervous system with pulsed microwaves is secured by the fact that the variations of the activity of the human nervous system for various perceptions, reactions, emotions, actions and thoughts are expressed in different frequencies or sequels of frequencies. Walter J. Freeman, who studied for decades the electrical activity of the human brain simultaneously introducing multitudes of microelectrodes into different parts of the brain, wrote that in the brain “transmission occurs at some characteristic frequency, and… reception occurs in… sets tuned to that frequency”.

Scientists experimenting with pulsed microwaves reported that electroencephalographic recordings of animal’s brain activities got synchronized with the pulsing of microwaves transmitted into their brains.

So, if the electrolytes in the nerve fibers are reached by microwaves, which are pulsed in the nervous activity’s frequencies, the membranes of axons which control the nervous system’s activity and react to electrical voltage’s changes by initiating nerve firing, will react to inflow-frequencies of electrical currents. These currents will be produced by frequencies in which microwaves will be pulsed. In this way, the electrolytes in the nervous tissue will function as antennas and the human nervous system will be controlled by pulsed microwaves, targeting the human body.

The American MCS America organization, which fights against pollution, confirms this conclusion in its study on Electromagnetic Fields Sensitivity. The study states:

“The body can collect the signal and turn it into electric currents just like the antenna of a radio set or a cell phone. These currents are carried by ions… flowing through the living tissues and in the blood vessels (a system of tubes full of an electrically-conducting salty fluid that connect almost every part of the body) when these currents impinge on cell membranes, which are normally electrically charged, they try to vibrate in time with the current”. (Let us note that a neuron is a cell as well).

The study goes on stating:

“The mechanism of demodulation is controversial, but there is no doubt that it occurs. The best explanation is that the multitude of minute ion channels found in cell membranes act as electrically biased point contact diodes… these can rectify and demodulate the signal even at microwave frequencies… A cell phone signal, when demodulated in this way, generates a whole family of low frequency components, some of which are biologically-active and cause membrane leakage. One consequence of this leakage is to make the sensory cells of electro-sensitive individuals give a whole range of false sensations”.

The reason why the cell phone radiation produces false sensations in some individuals is that the information transfer in cell phone systems is carried out by low frequency microwave pulses which reach the electrolyte in electro-sensitive individuals’ nervous systems. Since the nervous activity takes place in low frequencies, it is triggered or incited by those pulses.

Published experiments dedicated to the effects of microwaves on the human nervous system used microwave frequencies which did not exceed much more than one Gigahertz, thus complying with the findings of Chinese scientists on the conductivity of electrolyte for microwaves.

In his experiments, Ross Adey in the 1980’s used the 450 Mhz frequency, pulsed at 16 Hz, thus causing calcium efflux from nerve cells which reduces human beings’ ability to concentrate. The experiment was replicated many times with the same results. 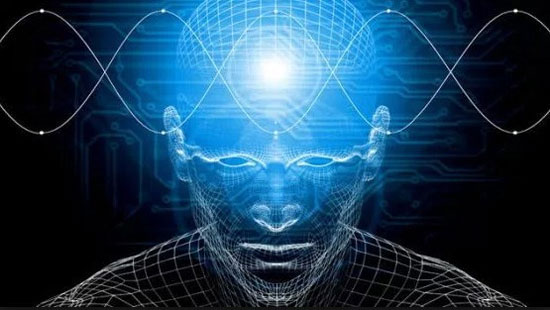 Allen H. Frey – as early in the year 1961! – managed to transmit sound perceptions into the human brain by using pulsed frequencies ranging from 425 to 1310 Megahertz. People described the microwave sound as “buzz, clicking, hiss or knocking, depending on several transmitter parameters, i.e., pulse width and pulse repetition rate”, in other words, on the frequency of pulses. When varying the transmitter parameters, Allen H. Frey was able to produce in human beings “the perception of severe buffeting of the head” or “ pins and needles sensation”.

His experiment was replicated many times with the same results. It was, therefore, proved that it is possible to repeatedly produce the same delusions in the human brain, when microwaves are pulsed in frequencies which mimic the human brain’s neuronal activity.

In 1975, Don R. Justesen, neuropsychologist and Director of Neuropsychology and Behavioral Radiology Research Laboratories with the Veterans Administration Medical Center, published in The American Psychologist Journal an experiment, where recordings of pronounced digits from one to ten were transmitted into the human brain via pulsed microwaves and where the subject of the experiment could hear and recognize the digits.

When encoding human speech into pulsed microwaves – the procedure is similar to radio broadcasting (human speech only needs to be converted to pulsed microwaves) – it is possible to transmit either audible or inaudible (ultrasound) messages into the human brain. A human being cannot hear ultrasound messages, but the brain perceives them and a person’s behavior can be controlled and manipulated in this way. The density of electromagnetic energy needed to remotely control the activity of the human nervous system does not exceed the standards set by the European Union. Let’s just remember that cellphone signals can penetrate into the human brain.

A skillful radio-amateur is capable to produce a transmitter able to remotely control the activity of the human nervous system for criminal groups which could then endanger the mental and physical health of people in their surroundings. They could easily put drivers to sleep by pulsing microwaves into the sleep frequencies or with more sophisticated pulsing, they could stop a person’s heart beat and make him or she die. It is known that Allen H. Frey produced heart attacks in frogs with pulsed microwaves.

At the same time a growing number of people worldwide complain that they are exposed to such harmful radiations, but do not have any means of defense against their use. Among the main symptoms, they claim to have, are burns on their bodies or burning sensations, pins and needles sensations, feelings of being stabbed or squashed, violent vomiting, cramps going as far as reaching temporary paralyses, remotely controlled movements of their body parts, breath shortness sometimes reaching heart arrest, nausea, voice-hearings and manipulations of their thoughts and emotions. They usually end up showing depression and suicidal tendencies. When complaining about the symptoms and claiming that they are caused by electromagnetic radiation, they are frequently sent to psychiatric hospitals, without any expert investigations of their complaints.

This makes plausible the idea that the military and government agencies operators of those weapons are practicing their skills in the use of those weapons on unwitting citizens, to be able to use those acquired skills in possible future wars or to use them in the case of massive civil disobedience against citizens of their countries.

Since government agencies, and possibly organized crime, are capable to remotely manipulate the human nervous system and cause physical torture, mental confusion or death of people, without leaving any evidence of the committed crime, it is necessary to introduce a legislation, which would prosecute such activities. Part of the legislation should also be the prohibition of the use of those technologies for the state security agencies, because their possession of such technologies would be in sharp contradiction with the democratic constitutions of European Union Member States. We are willing to participate in the preparation of this legislation.

Any technology, which would produce in the human nervous system the flows of electric currents with the frequencies of its activity, can be used to control remotely the activity of the human brain and body. At the present time pulsed microwaves are the only technology known to be fit to produce this effect, but easily, with contemporary fast advances of the scientific research, especially in quantum physics, other technologies can be developed or already have been developed. Therefore, the legislation should ban as well the use of so far unknown or unpublished technologies which enable the remote manipulation of electrical currents in the human brain and body.

We still believe as well that you are aware of the crisis of democracy created by the governments’ secret possession of means enabling them to remotely manipulate the minds of their citizens. This is in frightening conflict with the constitutions of the European Union Member States.

We still hope that you will stick to the values of respect for human dignity, freedom and democracy embedded in the Treaty on European Union and will work for the ban of the use of technologies which make it possible to deprive people of their personal freedom and freedom of thought creating thus totalitarian regimes of a new type.