A Significant Episode that Should Give Many Food for Thought 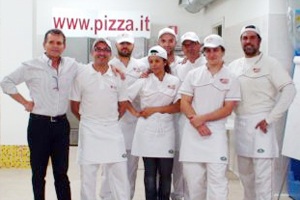 After yogaesoteric.net published the article that I also posted here, “master” Virgil Calin felt attacked and responded with a letter. I will not comment on the fact that he clearly gives away the fact that he is actually the one who actively participated in setting up the investigation against his former Italian fellow yogis. But there is something else that will make many laugh out loud. Among other things, he attempts to show that there is nothing wrong with being a chef and that this “attack” on his person from the one who wrote the article highlights an arrogant attitude towards certain categories of people. But what is seen clearly between the lines of this letter is the fake and somewhat hypocritical attitude of the “master”. He awkwardly seeks to divert attention from the fact that the editor of yogaesoteric wanted to highlight. The fact that “master” Virgil is a professional chef is not bad in itself, but the fact that he poses in front of the others as a yoga master while having the competence of a chef … well, his is called deception. This is what was underlined in the above mentioned article.
Deeply outraged at having been exposed, the “master” has unleashed himself in a pathetic letter that he sent to many of his former colleagues … Through this he is attempting to show himself as the man who, in a relaxed manner, epitomizes his extensive training. But he fails to remember the names of schools where he studied, managing to deform all the names … he wants to make it seem like he does this just so his detractors know that he was only a cook for a short time, when he humbly began his prodigious career that would lead him to the “highest” peaks of spirituality (according to his own statements). 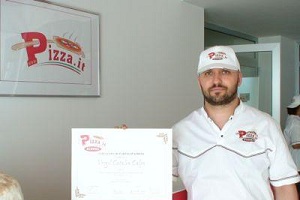 However, many of us witnessed some time ago what happened when his imposture started to emerge in the yoga school. When his machinations against his colleagues began to be exposed and he was expelled from the students and teachers of this yoga school, suddenly his competence became “universal”. On that occasion our spiritual guide Grieg proposed an action in which God was asked in unison to withdraw the spiritual investiture (which was also granted by God) to the one who proved to be unworthy of this spiritual opportunity. Even the day right before that event, in a meeting with several instructors, the effects of this possible withdrawal of the spiritual investiture of “master” Virgil were discussed. At that point I made a statement in front of those who were present, and now it turns out to have been prophetic:

“Tomorrow morning he will wake up as if nothing would have happened and the first thing he will ask will be: let’s see, what shall we cook today? “ Shortly after this episode, this is where we find the one that once said he is able to hold a yoga school alone and does not need any spiritual guidance! “Master” Virgil actually graduated the pizza chef school right after being expelled from the yoga school. And the graduation paper was for cooking a pizza with meat  He failed to get the yoga instructor diploma but still managed to get a pizza chef diploma. The old vocation eventually takes its toll.

You will recognize in the movie below the chef who has proven to have indeed relentlessly followed the subconscious tendencies and impregnations that he had before he was offered the great chance to practice and afterwards to teach others the ancient yoga science in this school.

Mushrooms – the proteins of the forest