The CDC has been hiding the Social Security Administration death master file. I got it from a whistleblower. This shows deaths are taking five months from the jab to happen. This is why it’s hard to see. 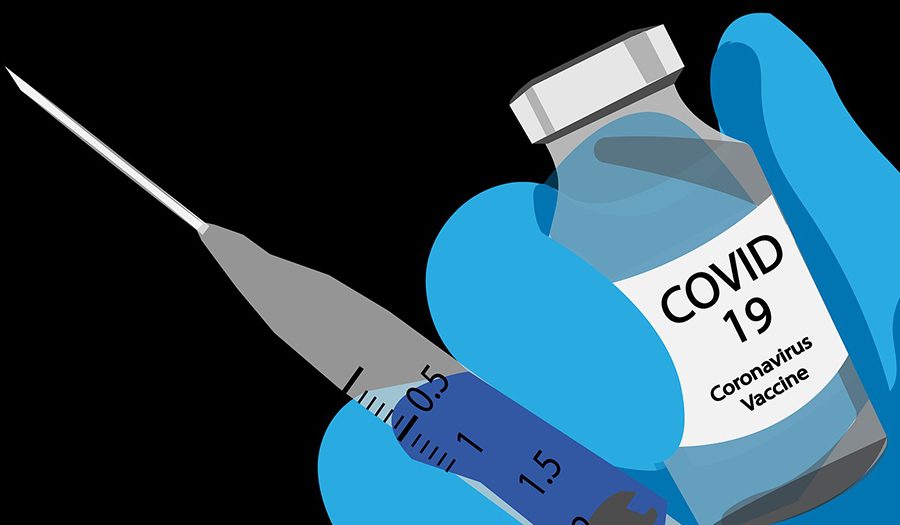 We’ve always assumed the vaccine kills you quickly (in the first two weeks) because that’s when people notice the association and report it to VAERS. This is still true; it does kill some people quickly.

However, thanks to an HHS whistleblower, we can now clearly see that most of the deaths from the vaccine are happening an average of 5 months from the last dose. That is for the second dose; it may be getting shorter the more shots you get but there are arguments both ways (since there can be survivor bias).

But this explains why the life insurance companies got off-the-charts all-cause mortality peaks for people under 60 in Q3 and Q4 rather than right after the shots rolled out.

The five month delay is also consistent with death reports where people are developing new aggressive cancers that are killing them over a 4 to 6 month period.

The 5 month death delay was also confirmed using only European data. That analysis was posted Aug 11, but I learned about it after I wrote this post.

So when you hear of a death from stroke, cardiac arrest, heart attack, cancer, and suicide that is happening around 5 months after vaccination, it could very well be a vaccine-related death.

I got this chart from a whistleblower who works for HHS. This is data you are not supposed to see. The mortality increase (60% at peak) is huge. That sort of increase can only be caused by something novel that affected massive numbers of people.

There is only one possibility that fits that: the COVID vaccine. 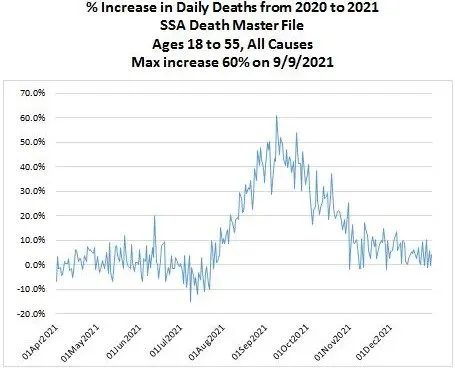 Daily Vaccine Doses Administered In The US 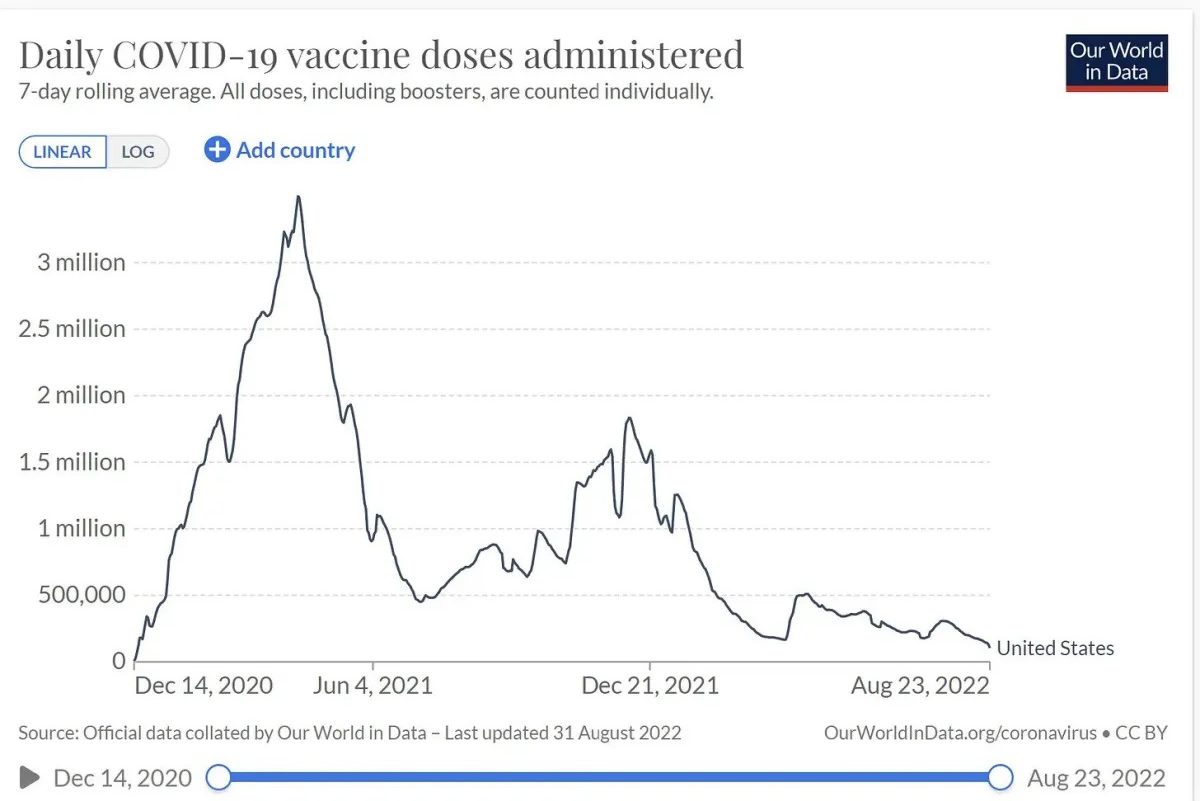 The most obvious conclusion is that the vaccine takes an average of 5 months to kill people after the second dose.

The second peak in December 2021 will result in life insurance companies having spikes in Q1 and Q2 of 2022. 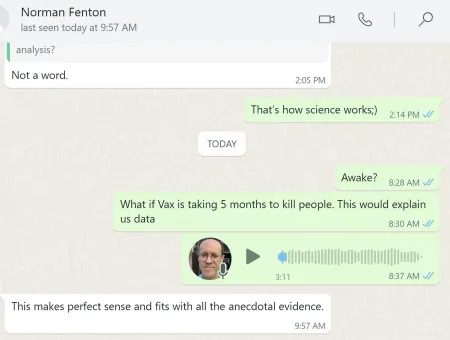 An analysis posted at Chris Martenson’s site found the same 5 month delay using different source data! That is really stunning. I had no idea when I wrote my article.

Here’s the reader comment pointing this out  and here’s the comment on Peak Prosperity posted August 9, 2022 which was just a few weeks before I found the same thing from the US data. 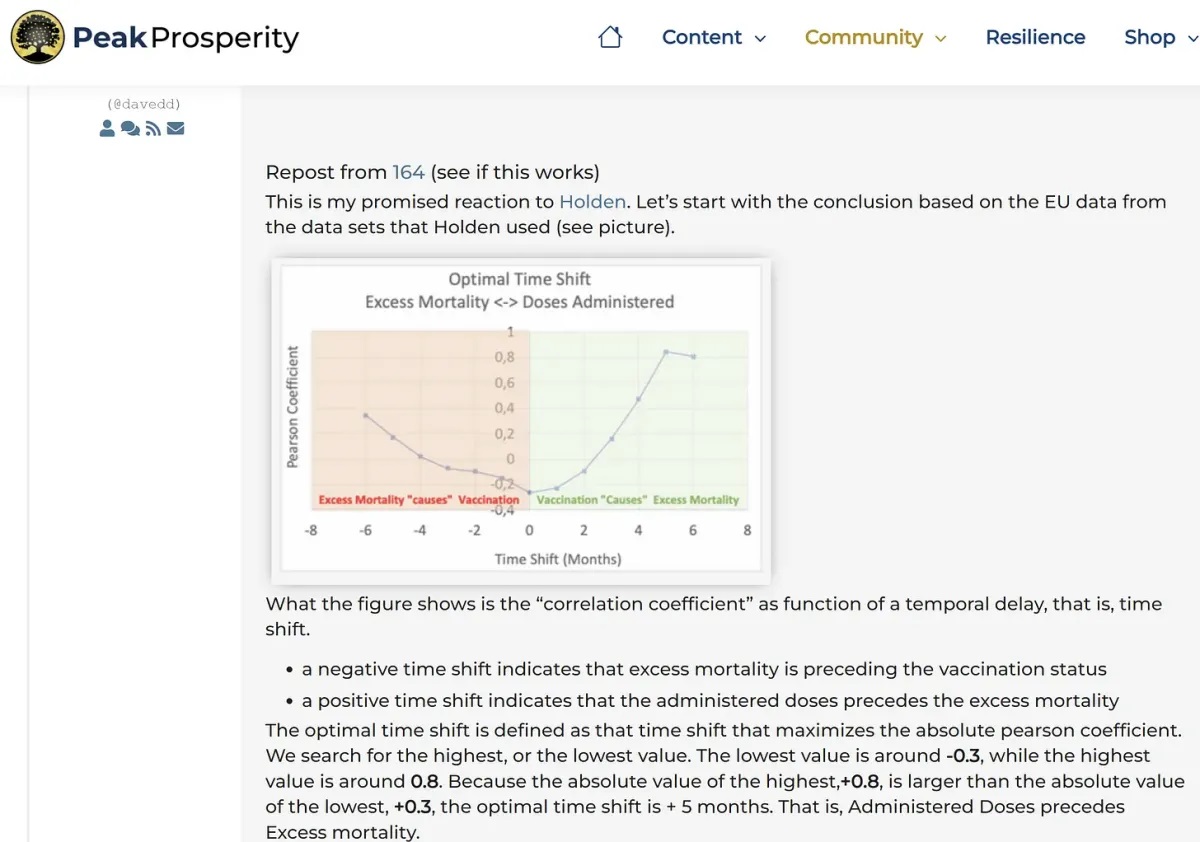 What the figure shows is the “correlation coefficient” as function of a temporal delay, that is, time shift.

As Holden indeed mentioned, we do find a negative relation also when there is no shift. However, the explanatory power of +0.8 is way larger than -0.3.

In the cause of observational causality, another important aspect is that the cause should predict the effect better than the effect predicts itself. In this case we indeed find that Excess Mortality predicts itself poorly —of course, for a time delay equal to 0, it does predict itself, for all other time delays, it has little to no explanatory power—.

From this we can conclude that, based on the data sets used, Administered Doses do cause Excess Mortality.

Of course, our “brilliant experts” are still stuck in the 19th century wrt statistical methods. I do not expect that they will be able to explain the excess mortality with their current methods, simply because 5 months is a huge time delay, and because here is typically little knowledge of observational causal methods.

The method used is based on correlations. The current state-of-the-art is based on Information Theory, but that’s too out of the ordinary for layman, and even experts, so we better not go there. When I have time in a couple of weeks I might run the information theoretical causal analytics.

As mentioned, the data sets from Holden’s sources were used. We selected only EU countries, we did not differentiate between sexes and age groups. Finally we used monthly data due to time restrictions on my side (I simply do not have time to search for, or create weekly data sets for the excess mortality).

If someone has a better explanation for this data, I’d love to hear it.

It does appear from reading the comments that it makes sense to reader and explains what they personally observed.

If any fact checker wants to challenge me on this, you can use the Contact Form and let’s have a recorded conversation.

The CDC doesn’t want to talk about this. They also won’t tell us why they aren’t showing us this data.

For sure, the NY Times and rest of the mainstream media will ignore this and won’t ask any questions. Maybe Tucker Carlson will talk about it.

Armed with this new knowledge, we should stop looking just for deaths proximate to the vaccine and look at the overall death rate in Canada of young doctors, e.g., doctors 50 and younger.

What I found when I did that is that the number of young doctor deaths in Canada increased by a factor of 2.5X in 2021 vs. 2020 (15 deaths vs. 6). I’ve requested the data for earlier years to see how this compares

It was wrong to assume that most of the vaccine-related deaths were happening shortly after vaccination.

Some are, but most are not. It’s just that they were easier to notice when there was temporal proximity to the jabs.

If someone you know died around five months after vaccination, you should definitely have a proper autopsy done as described in my earlier interview with Ryan Cole.