Definite Evidence, and Maybe even Proof, of Reincarnation 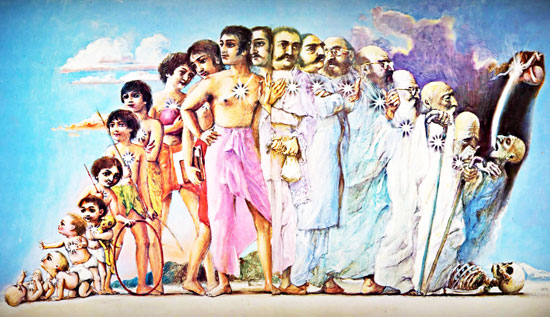 Reincarnation is frequently rejected as impossible by those who worship at the altar of rational materialism and mainstream science. Yet, for those with an open mind who realize that logic and reason cannot possibly grasp and account for all the phenomena existing in the Universe, it is amusing to see how perplexed those with “scientific minds” are when presented with information which is beyond rational explanation.

Beliefs in reincarnation have been around a long time; reincarnation is still widely regarded as real in Tibetan Buddhism and Hinduism, and even the Catholic Church held reincarnation as true before the 4th century AD (when its doctrines become standardized at the Council of Nicaea in 325 AD).

Reincarnation researchers such as Dr. Ian Stevenson (3000 cases) and Carol Bowman (1000 cases) have collected impressive (at the very least) evidence of reincarnation, if not outright proof of reincarnation by compiling thousands of cases of children who have demonstrated accurate past life recall. The accounts are truly incredible.

Many of them have similar themes, such as children being able to fluently speak other languages (which they never learnt in this life) and describing how they died in graphic detail (e.g. being injured or shot in a certain part of the body, and then synchronistically having an ailment in that exact part of their body in this life). In some cases their stories can be proven in black-and-white: some children even remember the military colleagues they served with, whose names match those on veterans’ lists.

Below is a selection of 3 cases of modern-day reincarnation, out of literally thousands that have been recorded, documented and compiled. 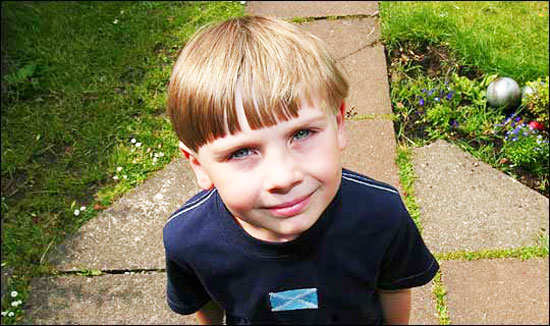 Cameron Macauley: the boy who apparently found a portal and got born again through the womb of another mother.
Cameron Macauley’s case is quite startling. Cameron was born in Glasgow, Scotland, to his mother Norma. Ever since he was 2 years old and first started talking, Cameron told his parents, relatives, friends and neighbors – anyone who would listen – the story of his other life in Barra (a tiny island in the northwest of Scotland).

At first his mother just thought he was making it all up, but as Cameron got older, the story didn’t change – and he was able to fill it in with more detail. He talked about living in a white house with 3 toilets, seeing airplanes fly out his window and having a mother with long brown hair. Cameron even described the way his father died while crossing the road: “He didn’t look both ways”.

The weird thing was that Norma had never been to Barra. Cameron’s desire to visit Barra and to see his former mother grew more and more persistent. One day he even told Norma that he wanted his “Barra mum (mother)”, and not her, to pick him up from kindergarten or school. Eventually the family went to Barra and found the white house just as Cameron had described.

Cameron’s case is impressive evidence for reincarnation and past-life recall. What makes the whole thing especially fascinating is that he actually described the way in which he left his old family and was born into his new one. It appears as if he found some kind of magic portal that transported him through space and time, out of one body and into the body of a fetus in his new mother’s womb.

Cameron: ‘I fell through, and went into your tummy’.” 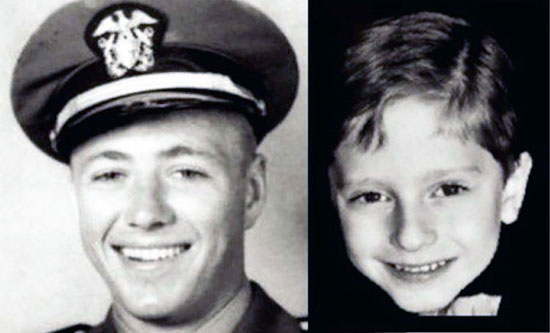 The story of James Leininger is no less amazing. At the age of 2, James started telling his parents stories of not being able to escape from something. He was having nightmares about it. His parents Andrea and Bruce Leininger tell the story in his book Soul Survivor: The Reincarnation of a World War II Fighter Pilot. What made James’ parents take him more seriously was when James produced 3 pieces of information which could be verified – the name of the boat he flew his final mission from (Natoma), the name of another pilot he flew with (Jack Larson) and the name of the place where he died (Iwo Jima).

Although just a toddler, James drew numerous pictures of planes being gunned down in flames, signing his name as “James 3.” When his parents asked why he was putting a “3” after his name, James replied that he was the “third James”.

Bruce called a veterans’ organization to check James’ information and it checked out. They were able to verify everything he said. James went on to divulge various names of WWII fighter pilots and more. Eventually after years of research, Bruce and Andrea tracked down the family of James Huston, who was indeed killed in a plane crash while on a mission near Japan.

The question is: did the spirit of James Huston somehow jump into the body of newly born James Leininger, carrying with it all the memories and trauma it had just experienced? 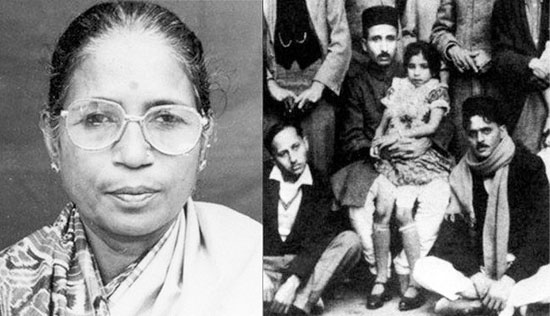 This case happened in the 1930s. Shanti Devi was born in India in 1926, and like many of these cases, started speaking about a previous life in great and vivid detail at the age of 4. She kept going on about her previous husband (a man named Kedarnath), son (named Navneet) and house which she said was located in another state in a village called Mathura.

By this time Shanti Devi was six years old, and her parents were perplexed and worried by such statements. The girl even gave a detailed account of her death following childbirth. They consulted their family physician, who was amazed how a little girl narrated so many details of the complicated surgical procedures. As the girl grew older, she persisted in asking her parents to be taken to Mathura.

A meeting with Kanjimal was arranged, during which Shanti Devi recognized him as her husband’s cousin. She gave some details about her house in Mathura and informed him of the location where she had buried some money. Kanjimal was so impressed that he went to Mathura to persuade Kedarnath to visit Delhi. Kedarnath came to Delhi on November 12, 1935, with Lugdi’s son Navneet Lal and his present wife.

They went to Rang Bahadur’s house the next day. To mislead Shanti Devi, Kanjimal introduced Kedarnath as the latter’s elder brother. Shanti Devi blushed and stood on one side. Someone asked why she was blushing in front of her husband’s elder brother. Shanti said in a low firm voice, “No, he is not my husband’s brother. He is my husband himself.”Then she addressed her mother, “Didn’t I tell you that he is fair and he has a wart on the left side cheek near his ear?”

Shanti was emotionally overwhelmed on seeing Navneet, the son in her previous life. Tears welled in her eyes when she hugged him. She asked her mother to bring all her toys and give them to Navneet. But she was too excited to wait for her mother to act and ran to bring them. Kedarnath asked her how she had recognized Navneet as her son, when she had seen him only once as an infant before she died. Shanti explained that her son was a part of her soul and the soul is able to easily recognize this fact.

The account includes a reference to Shanti Devi even chiding her former husband for remarrying. In front of his current wife, she asked him, “Had we not decided that you will not remarry?”

What Goes Around, Comes Around

Consider the reverence with which reincarnation is held in other cultures and spiritual traditions, especially Tibetan Buddhism. Brian Stalin explains (by the way, lama = Tibetan priest or monk):

“By the Himalayan tradition, the discipline that transfers the mindstream to the intended body is known as Phowa. Upon the death of the Dalai Lama and consultation with the Nechung Oracle, a search for the Lama’s reincarnation is conducted. Traditionally it has been the responsibility of the High Lamas of the Gelugpa Tradition and the Tibetan government to find his reincarnation. The process can take around two or three years to identify the Dalai Lama, and for the 14th, Tenzin Gyatso it was four years before he was found.

The High Lamas used several ways in which they can increase the chances of finding the reincarnation. High Lamas often visit the holy lake, called Lhamo La-tso, in central Tibet and watch for a sign from the lake itself. This may be either a vision or some indication of the direction in which to search and this was how Tenzin Gyatso was found.

The search party went to Lhamo’s home and observed him for some time without revealing the purpose of their mission. They came back a few days later to perform the final test to confirm whether or not the child was the reincarnated Dalai Lama. They presented an assortment of objects to the child, including a rosary and a bell that belonged to the deceased 13th Dalai Lama. Lhamo instantly identified the items, shouting, ‘It’s mine, it’s mine!’”.

However just because a newborn baby or toddler remembers details from another life does not necessarily mean they are the direct and exact reincarnation of that person, according to Brian:

“Using simple but direct techniques to access higher consciousness, I have concluded that children displaying past life memories are not actually the direct reincarnation of the people whose memories they seem to share.

This is puzzling and rather illogical. However, there always seems to be a soul group connection, leading me to consider the possibility that our spiritual guides are souls we have been the closest to in our past lives. Furthermore, these guides may observe and even experience by proxy many of our thoughts and actions upon the Earth Plane.”

Reincarnation is still one of life’s grand mysteries, and while we gather more information about it, we must remain open to many possible explanations for it, if we are genuinely interested in discovering the true nature of reality.

11 Signs Of A False Flag