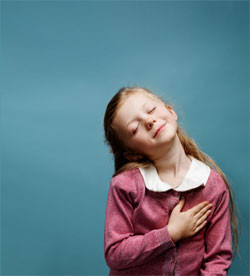 In the millenary tradition yoga it is designated by the Sanskrit term “HRI”; generally speaking, dignity is defined as the respect deserved by a human being. The dignity of the human being highlights the nobility of its specific greatness. Blaise Pascal once said that “the dignity of man is his thought”. Dignity defines the character of the autonomous human being and that is a purpose in itself. In the moral sense, dignity shows a specific intrinsic value that is assigned to a human being as such or, in other words, independent of its physical characteristics and its social position.

To better understand this term, here is a brief glossary. The word dignity comes from the Latin word “dignitas” which in translation means “merit, worth, prestige or esteem, respect, reverence.”

Human dignity is characterized by the autonomy of the moral agent, which, according to Kant, the philosopher, “is not subject to any other law than that which the human being always creates it by itself.” This gives a value as such and makes it to be always treated as an end in itself and never simply as a means. Hence the distinction that we make between things that have a price and that can always be replaced by an equivalent and the human beings who are always higher to any price and do not admit any equivalent and all this because they have dignity. Pico de la Mirandolla showed that dignity is not a simple human skill, for it belongs to its very fundamental nature. 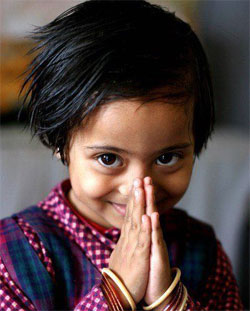 The dignity of the human being exists because this being was created by God the Father at the beginning of all beginnings to love, discover, enjoy and admire the creation and the godly manifestation in which the human being is itself a microcosm due to its noble intelligence. This noble intelligence, or in other words, this intellect that dwells in the consciousness of every human being has its spring in God who created the human being in the beginnings “in His image and likeness.” This is the fundament of the human being’ freedom , a freedom which makes it a being of metamorphosis and, in close connection with the choices made, it makes it oscillate because it participates in two sui generis universes, being placed even and when it doesn’t realize that, between God and the animal condition. Given the full freedom that God has given, the human being must choose between the animal condition and godly transfiguration. Its greatness lies precisely in the fact that, being always in charge with itself, it’s free to choose the form it prefers but it is obvious that every choice a human being freely made then attracts by itself certain consequences. In this way, it is expressed the open nature of the human being and its godly vocation.

The concept of dignity, conceived as a necessary and constant self-control meets the statute of the human being; the usual notion of dignity designates an honorable statute that the other should recognize and which requires certain attitudes, certain attire and an appropriate behavior for the human beings enjoying such a statute. Given that man was originally created in the image and likeness of God, implicitly every human being is endowed with dignity due to its nature that is endowed with consciousness. In this respect, it is necessary to emphasize that, even when we do not yet realize it, consciousness is the mysterious presence and manifestation of God in the human being. 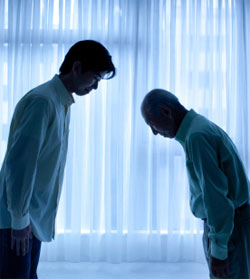 Therefore, independent of external factors, the human being can and should always live a life sealed by dignity and self-control, through a rational and even wise discipline, a life worthy of its statute of a human being living in a Macrocosm that is eminently beneficial and in which it is indecent to be excessively concerned with losses and gains, sufferings and personal pleasures. The Christian tradition states that God has given human beings both conscience and reason which allows them to discern and respect the natural divine and universal laws. This gives them a very special statute among the other creatures of God that exists on this planet and also makes them enjoy a position superior to that of all animals. According to this tradition, God’s endless love embraces all human beings as individuals, despite their behavior which may often be corrupt and sinful.

The value God gives to us is a divine gift and we are all given this gift even if some of us do not deserve it. It is important to note that this godly gift can never be completely lost or confiscated. The moral consequence arising frequently, if not invariably of this concept is that every human being should love and respect all human beings as rational creatures who are endowed with conscience, whatever their social status and their achievements not necessarily to gain the love of God, but to discover, live and recognize this love in an appropriate manner, making efforts to act in a way that is dignified. Christian tradition assigns a primordial value to every human being that comes from God and is independent of its individual merit and its social position. 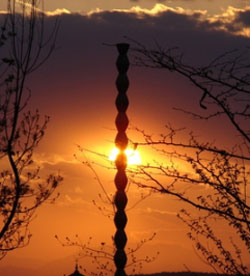 In the light of these aspects it can be said that a bad action that is committed intentionally also reflects always the inner conflict with the superior will and even a lack of a genuine self-esteem manifested naturally later through feelings of remorse and dissatisfaction with you. Even when we do not realize it, dignity is based on autonomy. Dignity requires that we consider ourselves as subject to moral requirements that are full of common sense and intelligence for all and are inner constraining, whether they serve or not a personal interest. The great sages suggest that only a human being endowed with an exemplary, perfect kindness, may have an admirable dignity. The categorical imperative which best expresses the idea of dignity is: “Always act so that you treat the existing humanity as good in your person as in the person of any other human beings and always act as if this is an end itself and never consider it as a simple means.”

Dignity is a kind of unchanging value that is attributed to human beings, and in the case of humanity it is done every time through the human beings. Dignity is and remains an unconditional and incomparable value. This implies, for example, that the dignity of a human being is independent of social status, popularity or its usefulness to others, because these factors may vary as soon as circumstances change. Given that dignity is incomparable, we can’t say that a human being has more dignity than another human being. The value of what has dignity is superior to any price in this respect, so that in case of conflict it must never be disregarded or sacrificed to attain or to get something that has a simple relative value. 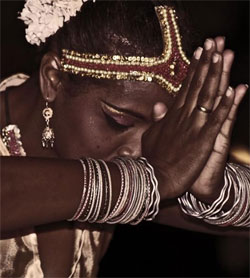 It is essential to remember that dignity does not allow any equivalent. Therefore, all that is endowed with dignity can’t be changed or sacrificed under the pretext that it would be replaced by a good with equal or superior dignity. This implies that dignity, unlike the price can’t be understood or appreciated in quantitative terms. All beings that are endowed with dignity are irreplaceable and that is why they are invaluable. They have immeasurable value in the sense that it denies even the claim that says “two of these things are worth two times more than one of them.”