They are expected in the International Yoga Symposium in Costineşti

Just like every year, the 2008 International Yoga Symposium in Costineşti is expected to bring exceptional premiere events into Romania. This summer you will have the opportunity to meet the famous writers David Icke and Frank Hatem who will lecture during the Symposium, on the invitation of MISA Yoga School. Free entrance allowed for these conferences subject to places availability.

David Icke and Frank Hatem are famous mainly in the eyes of those interested in metaphysical literature and in the planetary conspiracy disclosures. The former is quite well known in Romania by his work “The Biggest Secret” also issued in Romanian. As for Frank Hatem, though less accessible for the Romanian audience, he enjoys breaking success in the West.

The inventor of the “meta-science” puts forward solutions for humankind 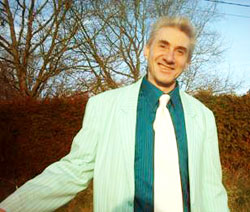 Frank Hatem is the inventor of the “meta-science” which to him represents the future science. As an echo of the contemporary science, more and more committed to the complicated and meaningless theories Frank Hatem and his team suggest a science based on essential spiritual principles, bound to reduce the mathematic hypothesis and theories and replace them by spiritual revelations. Meta-science faces theories such as quantic physics, it refers them to metaphysical, spiritual aspects related to the existence of God and of spirit, to the creation of the universe and of the matter, etc. In their research they lay the theoretic ground for the existence of the free energy and of the superior levels of consciousness, which triggers a genuine revolution of the cognitive sciences.

After these main discoveries, Frank Hatem leaned on the current situation of today’s humankind, submitted to the interests of a small elite group “governing in the shadow”, which by manipulation and control techniques manages to enchain massive masses of people. Frank Hatem suggests a “holistic psychology” and a real “socio-therapy”, which will largely heal people from this state of evil trance that they are currently subject to.

After committing his youth to certain fields, apparently interesting– quantic physics and philosophy – in order to continue the discoveries of his father (Léon Raoul Hatem), after two doctor titles and a series of honorific titles, Frank Hatem currently devotes himself to promoting his discoveries that grant esoteric keys for people to withstand the New World Order of the “illuminated” freemasons.

His most widely known book is “The Five Keys – human resistance against REPTILIANS and the New World Order of the Illuminati” (LES CINQ CLEFS. La résistance “HUMANI-TERRE” face aux REPTILIENS et au nouvel ordre mondialiste des Illuminati). Starting from the idea that the world leaders want to enslave us by decreasing people’s vitality, by misinformation and by division, he points to some meta-physical aspects that can be easily applied and eventually modify the fate of the Earth.

Alternatively, Frank Hatem brings quite a rational and plausible explanation on the functioning of the inferior alien creatures, known as “reptilians”. As a solution to their influence, he states some principles related to the development of the superior mind consciousness, which is a genuine initiating premiere in the field of meta-physical literature in the West.
All these aspects and much more will be presented in his conferences in August, at Costineşti, where he has been invited by MISA Yoga School.

David Icke and the revelation of a planetary mission 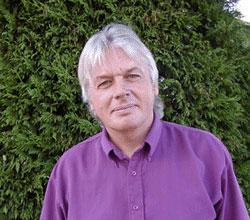 Although in political ascension David Icke gave up his career in order to become a writer and acknowledge people the dirty secrets of the world conspiracy. In his website (www.davidicke.com), David Icke refers to Betty Shine, a medium from Brighton, who conveyed a message to him saying that his mission was to help the planet healing, that he would quit politics and become famous with five books he would write in three years.

Things went as foreseen. David Icke currently is one of the most known authors disclosing the world conspiracy. He signed 17 books and numerous documentaries. Michael Barkun, Professor of Political Science described him in 2003: “David Icke is the most fluent of conspiracy authors, which gives his writings a clarity rarely found in the genre”.

He wrote his first book in 1989. Under the title “It doesn’t have to be like this” he states critic opinions on the political issues at that time. In 1991, after travelling to Peru he wrote “Truth Vibrations”, an autobiographic work that talks about the revelations he had and that urged him to follow this way. Right after speaking out about his story, David Icke was eliminated from the Green Party. At that moment there also burst a massive media campaign meant to ridicule him and suggest that he was mentally ill. „It was a nightmare. This experience helped me find the courage to develop my controversial ideas, because I was no longer afraid of what people thought of me.”

In 1999, he issued his most famous book, “The Biggest Secret”, where he disclosed that world is actually being led by a secret brotherhood network, like Freemasonry, also in the hands of a group called the Elite Group or Illuminati. They come from an alien species, which came on Earth from the Draco constellation and they are known as reptilians. They have the appearance of some reptiles walking erect and they can shift shape into humans as long as they consume human blood. Worldwide history is teeming with evidence on their existence: namely all traditions contain references to demons under the guise of reptiles, then ancient texts writing about bloody human sacrifices in the name of such beings or personified statues, as much as the existence of vampires. By his researches David Icke brings ever more evidence on the reptilians’ existence and way of being.  In September 2004 he made a documentary that gets some witnesses testifying about reptilians and the atrociousness they act upon human beings and mainly upon children.

David Icke has held conferences in UK, USA, Canada, Australia, New Zealand and South Africa. This August he will reach Costineşti to present his ideas, his shocking revelations and possible solutions to this global crisis that humankind is currently undergoing.

Initiation into beneficial states of trance, a door to the astral heavens

The Placebo Effect – The triumph of mind over body

The beneficial states of trance

The last prediction of Vanga concerning Romania concealed for a decade