The ethics committee of France’s Ministry of Defense has given the green light to the study of invasive and non-invasive techniques to make a soldier “augmented,” says Le Monde. These include surgical operations, the integration of chips and implants, and the injection and absorption of substances. 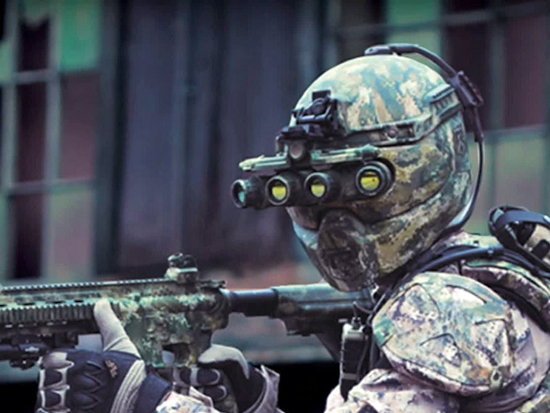 The French army could be supplemented by “augmented soldiers” if research on strengthening the military’s capabilities through technology advances, Le Monde said. The opening of such work has been approved on an advisory basis by the ethics committee of the Ministry of Defense.

Methods to achieve an “augmented soldier” may include invasive techniques to improve the physical and cognitive abilities of humans.

Increases to the “menu”

These include surgical operations such as ear surgery to distinguish very low or very high frequencies, the integration of subcutaneous chips that are supposed to transmit information remotely, and implants that allow “taking control of a weapon system”.

Finally, this could also be done by injecting or absorbing various substances. These would aim at increasing “resistance to the phenomenon of isolation or following capture by the enemy”.

Without forgetting the use of exoskeletons, connected objects or killer robots, explains the daily by quoting a document of the committee that it was able to consult.

Although the committee gave its green light, it issued a number of recommendations. Composed of 18 civilian and military members, it advises that the benefits, risks and side effects on the body be studied for each innovation. The “reversibility” of these changes should also be analyzed.

“The question of limits, and consequently of thresholds, is therefore essential,” states the committee in the preamble to its opinion. Among the red lines are any increase that would “risk causing a loss of humanity or would be contrary to the principle of respect for the dignity of the human person”.

The prohibition also concerns cognitive increases affecting free will and genetic or eugenic transformations. (ER: In light of the current ‘pandemic’ and the governments’ responses to it, pushing out experimental, gene-altering vaccines, who could possibly trust them to safeguard the ‘dignity of the human person’?)

Quoted by Le Monde, Florence Parly’s law firm stresses that nothing is decided for the moment. “One will always privilege the non-invasive over the invasive” and “there are aspects on which one will not compromise”, indicates the entourage of the Minister of the Armed Forces. However, “it’s a future which is necessary that we prepare for”.