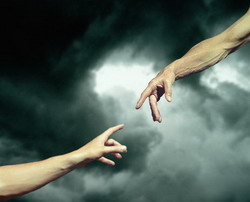 When we engage full of aspiration and dedication on a spiritual path, we must almost never lose sight of the fact that everything belongs to God and nothing comes from us.

The intensity of the Divine Manifestation varies from one human being to another, without us being able to establish in this respect any rules, because in reality his ways are not constant … God the Father reveals to every human being according to every human being’s ability to receive and feel the events of His All-Holy Beauty and Perfection.

In each of us God is always present, even when hidden, but unfortunately most people do not know it.

The great sages say that every human being was created by God as a soul which also must manifest in a certain unique way a particular aspect of the infinite, before regaining its absolute identity. This explains to some extent the fact that in reality every human being is at the same time both unique and identical with their ultimate essence (Immortal Supreme Self – Atman). 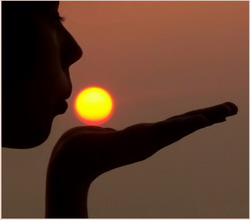 There can never be a great love without a proper responsability.

God is love endlessly. The entire mysterious sphere of the divine manifestation is always based on the comprehensive energy of love.

The chaos that some people want to put to a throne frees – in their crooked view – the world of any determinism.

Love is the only revolution that never betrays the human being.

When God wants to save a human being from decline and collapse, he offers him/her an opportunity to manifest a great love to protect him/her.

Happiness is also an endless and overwhelming pleasure without remorse.

The toughest war is the war against yourself. If you really want to triumph in this war you must immediately give yourself to God, for thus you will disarm yourself.

Most often we remember less and less the people who have done us much harm and that we have already forgiven.

An even super-bright intelligence does not provide the guarantee of a beneficent way of thinking. A significant example in this direction is diabolical intelligence. Wisdom instead gives us always, without exception, that guarantee, because it always involves a great intelligence which is doubled by an exemplary common sense.

For some human beings, humor is the politeness of despair, but fortunately this is something funny.

If we have enough patience, we see that at one point even morons become silent.

A little nonsense does not diminish the overall charm that manifests powerfully. 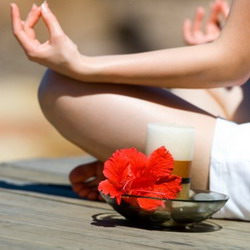 Almost everything that we express in writing is also an intention that becomes transparent to the human being which is endowed with insight and wisdom, even when others do not realize it.

For some people, when you say uncomfortable truths, it is often considered a way to be wrong that is most easily accepted.

Almost everything explained by a human being who lacks wisdom is smaller and more insignificant than what is there in reality and also for such a human being everything is completely devoid of mystery.

Let us thank God every day that gave us strength to love Him endlessly and discover that He is eternally mysterious, full of love, amazing and fascinating.

When you intensely and deeply feel inside like a baby, you can easily realize that you have an adorable Heavenly

Father who is God and a wonderful universal mother who is MAHA SHAKTI.

Heaven is the pure, beautiful, kind, sublime and true simplicity.

Let us live today fully and deeply in the present moment while being also aware that there exists simultaneously both what was yesterday and what will be tomorrow.

There are people who think most of their life and there are people, very few, that when others think of them that they think, they actually reflect.

It is already a considerable achievement to become able not to take yourself too seriously.

To help us avoid sadness, some friends who are already “dead” to us withdraw from our memories.

If every time reality exceeded even the craziest fantasy, for long we would be asked to pay tickets to watch the show that is taking place in the street.

There are moments in life in which an excellent idea is not the one we follow, but just the one which precedes a genius idea that pops up in us.

Even if sometimes you do not have anything to do on a Saturday night, it is a thousand times better to do LAYA YOGA with the mantra of a Great Cosmic Power to enter thus a mysterious communion with its sphere of power, than to watch stupid TV shows.

Those who agree to join the Freemasonry overcome eventually 33 years of uninterrupted participation without realizing what is happening with them, and after that it is too late for them to break away.

For the advanced tantric adept, the mysterious ocean of happiness that his lover’s amorous ecstasies gradually awaken in him, also make him discover her as if she was his mother.

Even when they do not suspect it, beyond our subconscious there is always the mysterious root.

Either seriously or jokingly, we should ask ourselves at some point the question: does progress itself make any progress? 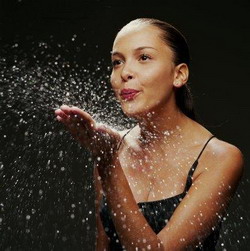 Analogically speaking, the conversation carried out by that man was for intelligence similar to the comparison between the sounds made by a lift when operating and inspired music.

Ordinary states of happiness, that people live most often are not and never have been the states that made the wise be the happiest.

Some women pass during their existence, especially when their life is dull, flat and shallow, from the state of a common girl to the state of an old woman without reaching at all the state of a very happy woman, who is completely fulfilled and harmonious.

We must live every day the euphoric drunkenness of love without measure, until we get used to it and this state becomes like a second nature to us, that makes us live in paradise most of the time.

The wise are often forced to live the torment and to listen till the end, with a lot of patience, phrases that they have already instantly understood from the beginning.

Putting the cart before the horse allows some to “save” time in this way.

All perspectives, or the demonic, evil, satanic points of view that in some people’s cases are eventually acquired by a creeping habit, are always without exception extremely harmful to humans.

When it is not the result of innate stupidity, bad taste often appears due to a bad background or to a perverted one.

When a lot of wrong concepts appear in art, it is slowly destroyed and therefore instead of its wonderful archetypal brightness it is only rust.

For some people that in reality do not know what they want, it is obvious that they come on a spiritual path with the attitude that they already abandoned it and are no longer interested.

Talking to some people who have a great inner emptiness and lack of ideas is not always something useless, for it allows us to think of something else at the same time.

In order to get closer to God more and more it is very good for us to as often remember of Him every day and it is very well to thank him for everything He offers to us. 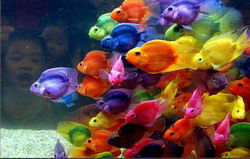 Even when it seems like something perfectly resembles, actually we should realize that in reality nothing is absolutely identical (except for the Immortal Supreme Self – Atman). Everything is unique and full of mystery to the wise, which is able to see beyond appearances.

When, after an amorous intercourse with transfiguration and continence, we are far from our lover and savor drunkedly with happiness the mysterious avalanche effect, she appears due to a spontaneous transfiguration just as a fascinating goddess. When we meet her afterwards and admire her full of adoration, we discover that she already radiates in some mysterious way just like a living incarnation of a fascinating and enigmatic presence.

For a human being who is on a spiritual path and aspires to transform deeply, to be someone is not even enough.

A considerable advantage for a human being already engaged on a spiritual path is that almost all the sufferings that appear can be experienced quite differently due to a SUI GENERIS transcendental anesthesia.

For the skeptical and limited human beings, living in a superficial larval way, and who do not believe in God at all, for them all there is are the past, present and future. – And then? – And then, nothing!

Human beings in which demons make their sinister games and posess them have a lot of absurd, irrational fears and are struggling because of their obsessive anxiety for all trivia.

Due to the fact that we forgive them, we forget the bastards that do so much evil against us, and thus we triumph over them effortlessly through an Olympian detachment.

We do not need Galileo to find out that those who are very selfish only revolve endlessly around themselves, often interested only in their own person. 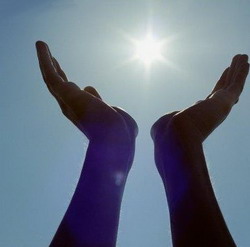 Many of us should experience the sublime state of wonder that whales have when seeing the mysterious splendor of the moon.

It is paradoxical, but because of our selfishness, we recognize most often much faster the people who do not love us than those who love us very much.

Laughter of the wise, even if sometimes it seems crazy, is and remains an immortal laughter.

The demonic one sees good as evil and evil as good.

Any aspect of reality appears to be exactly what we see it to be.

Everything is pure only for the one who is pure.

When the disciple regresses, the spiritual guide disappears.

Conscience and Consciousness: Are They the Same?

The divine call makes us seek, sooner or later, a spiritual Path and a spiritual…