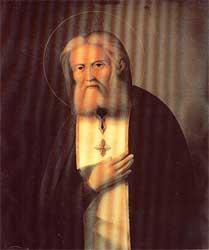 We have also noticed the persistence and even exaggeration of all kinds of awkward aberrations that are naively presented and accepted as an authentic hesychast tradition (due to ignorance) in our country, in many situations. The parlour pseudo-hesychasm promoted by Mr. Vasile Andru in his ridiculous practices, hilariously so-called Oratio Mnetis, is among these.

As the authentic and valuable information about the real hesychasm has been lacking in our country, we offer a vivid proof, that we consider very instructive, regarding the hesychast practices of a young man who visited the Mount Athos and who has consequently practiced them under the direct guidance of a hesychast monk – Father Seraphim. Those who are intelligent and intuitive and who easily go beyond the dogmas’ chains, that fossilise and ossify, could draw on their own some constructive parallels between yoga and authentic hesychast practices (by reading this testimony).

We hope this touching confession will help you distinguish sooner, in practice and theory, the error of the appearances that unfairly calls itself “hesychasm” from the Real Hesychasm. Those who want indeed to fully get closer and faster to God through Christian esoteric practices can productively use this record in order to gradually and collaterally exercise both yoga and Christianity, the way the authentic method is here-in described.

To truly accomplish the state of reaching God is most important in yoga as well as in the spiritual science or in Christian religion; this is why we must take into consideration the fact that if several ways lead towards the same goal (God), the fruitful and wise approach of two ways (yoga and hesychasm) that are being practiced at the same time (using the former to faster improve the latter) can only help us reach God faster. We must always be certain God will never get angry with us for reaching the state of revealing Him in us by collaterally and devotionally approaching two authentic spiritual methods.

The prayer of a yogi