The miracle of life and man’s vision on reincarnation

“I am absolutely convinced that… life is rooted in death and the souls of the dead continue to live.”(Socrates)

“As the embodied soul passes from childhood to youth and to old age, so, analogically, the soul changes the body and crosses into another.” (Bhagavad Gita II, 13)

”There has never been a more beautiful, truer, purer, more moral, more fertile, more consoling and so far more believable faith than the one of perpetual life.” (Maurice Maeterlinck – Belgian poet and dramatist) 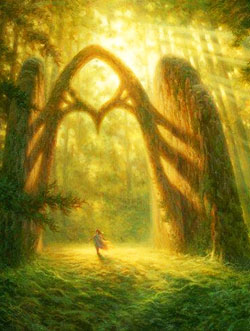 More people know today that atheistic materialism, which denies the existence of God and life after death, putting its unfortunate mark on official science, is rooted in Enlightenment and rationalism – still presented by the official history as milestones of progress of human society. In fact, serious researchers have shown that the two trends were supported and financed subversively by the clans of money sharks that founded in the eighteenth-century the so-called satanic order “the illuminati”. Their purpose, and of their descendants today, is the subjugation of the world by destroying people’s faith in God, thus making them easier to manipulate. Materialist science claims that in fact, there is nothing else in the whole world than what we perceive with the senses. Defying the doctrines of the millenary spiritual traditions, the leaders of the atheistic materialism (including, surprisingly to some, figures such as the mathematicians Laplace and Descartes) often said mockingly that to find God’s Spirit, they crawled, apparently, all over this world and didn’t find him. Laplace’s case is notorious, who when asked by Napoleon why he did not mention God in his writings on astronomy, answered cynically that “he did not need this hypothesis”. In the same category falls the disparaging statement of the French surgeon Francois-Joseph-Victor Broussais (1772-1838): “I have never found the soul under a knife’s edge.”, which is often cited as an emblematic utterance by the materialistic scientists.

Despite its promoters’ claims, materialistic science could not however consistently explain either the ultimate nature of matter and energy, or could it discover the ultimate origin of movement, or solve the riddle of appearance of consciousness in general and of the simple sensation in particular, or could it reveal the mystery of the first appearance of life or the mysterious way in which Nature takes its course and fulfills its purpose, to name just a few fundamental questions.

From the perspective of ancient spiritual traditions of this planet, life is a miracle and the soul and body are two different levels of reality, which although coexist temporarily in the physical world, however, reveal themselves through different vibration frequencies. Sages and yogis of old times claimed not only that the human soul existed, but also that it was immortal. The doctrine of transmigration of souls after death (for which some use more nuanced terms like “transmigration”, “metempsychosis”, “palingenesis” etc.) has been known since ancient times in the East, as being a fundamental aspect of the whole spectrum of Hindu tradition. Vedas and Bhagavad Gita, the sacred scriptures of India speak about the successive lives of the soul. The great yogi and sage Patanjali registered in his fundamental treatise Yoga Sutra (III, 18) that, through certain yogic techniques, an advanced practitioner gains access to his unconscious impregnation (SAMSKARA- s) and thus can recall his previous existences, which are kept as latent subtle impregnation in the subconscious mind (CHITTA). 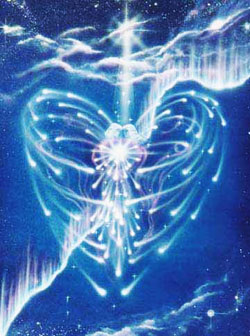 Egyptians believed in the transmigration of souls, and the teachings of the ancient Greeks, including Pythagoras, Socrates and Plato, also often referred to it. Pythagoras claimed that he could remember his previous lives, and Plato mentioned several times the idea that being driven by the senses, the pure soul leaves the field of the absolute reality to dress with a physical body.

Also in the Kabbalah of the Jewish tradition there are numerous references to previous existences. In the book of Zohar at least one passage that refers to reincarnation can be found: “The souls have to return to the substance from which they proceeded. They must reveal the perfections whose germ is within them, thus being obliged to return again and again, until they fulfill the conditions for their reunion with God.”

In Islam, the followers of the spiritual path of Sufism also consider that the soul is immortal and that spirit evolves step by step, through many realms. The great mystic Rumi described thus allegorically, the process of spiritual evolution and transmigration of souls in his famous poem Mathnavi: “When I was a stone, I died and I was reborn as a plant / Then I died as a plant and I was reborn as an animal / I died as an animal and I was reborn as a man / Why would I still fear that I could lose something by dying? / As a man, I will die again / Rising as an angel perfect from head to toe / I will become something bigger than any human imagination.”

In spite of some contrary dogmatic assertions, there are some indications that in the first Christian centuries, the doctrine of transmigration of souls was accepted in the West. Thus, in the third century AD, the Christian scholar Origen, one of the fathers of the Early Church, wrote in his work De Principiis that it is natural for souls to receive bodies in accordance with their inclinations and tendencies. It took two centuries until the year 553 AD, when at the Fifth Ecumenical Council of Constantinople, in the context of certain political intrigue with implications in the monastic environment, ten works of scholar Origen’ theses were condemned as heretical, although previously they had not bothered anyone. Among the ten theses condemned by the human authorities of that time was that of the preexistence of the soul. In this way, the idea of reincarnation was hence anathemized. Since then, the Christian Church has claimed that man has one life to return to the paradisiacal state before committing the original sin.

Despite the effort to structure the Christian dogma in one direction, there are Biblical passages that evoke the idea of reincarnation; Christianity inherited from Judaism the concept of resurrection of the body and final judgment. Thus, in Gospel of Matthew (11, 14 and 17, 10-13) Jesus refers to John the Baptist as the one that once was the prophet Elijah. “And if ye will understand, he (John the Baptist) is Elijah who is to come.” “But I say unto you that Elijah has come, but they knew him not, but did to him whatever they wanted, so the Son of Man shall suffer from them.” Then the disciples understood that Jesus spoke about John the Baptist.” 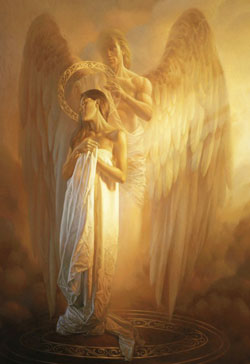 In the Great Gospel of John, written by the Prophet Jakob Lorber as a divinely inspired dictation (Vol.5, Chapters 236-238), there is a passage in which Jesus confirms that Elijah was reborn as John the Baptist and explains so that everyone can understand the concept of resurrection of the body, which is assumed in Christianity through the so-called Creed. There is also a reference to reincarnation from the perspective of the law of cause and effect in the Gospel of John (9, 2), in the passage in which Jesus is asked: “Who sinned, was it this man or his parents that he was born blind?” And in the Gospel of Matthew (26, 52) he refers to the spiritual law of action and reaction: “He who raises his sword, he will perish by the sword.” Also, in the Book of Job (1, 21), both in the Hebrew and the Greek translation used in monasteries, we find a very significant for the idea of reincarnation: “Naked I came from my mother’s womb and naked shall I return there.” Unfortunately, the Romanian translation given in the text of the Bible distorts the original text, by adapting it in the form of “naked shall I return to the ground”.

Over time, many great minds were preoccupied with the problem of birth, death, and rebirth and implicitly of reincarnation. The scientist Giordano Bruno argued with the price of his life, until the end, the idea that the soul transmigrates from one body to another, despite the pressure of the Inquisition. The philosopher Voltaire said that “the doctrine of reincarnation is neither absurd nor useless” and that “the idea of metempsychosis is perhaps the oldest known dogma of the Universe” and the great German poet Johann Wolfgang Goethe said: “I am sure that I came to the Earth before, just like here and now, a thousand times.” Napoleon used to tell his generals that in a previous life he was Carol the Great. Countless writers have addressed the subject of successive human lives. Honoré de Balzac, in his book The human comedy, wrote: “All human souls go through successive lives… I wonder how many incarnations the soul that was promised to Heaven goes through before it is able to understand the price of peace and solitude, whose starry steppes are the foundation of the spiritual worlds?” Lev Tolstoy also wrote: “As we live thousands of dreams in this life, this is only one among thousands of other lives that we have after we left another life, a more real one… where we return after death. Our life is nothing but a dream of a more real life, and always will be, until we reach the last one, the true one – the divine life.”

Obviously, it is very difficult if not impossible for a man to achieve perfection in one lifetime. He must develop virtues like love, compassion, tolerance, forgiveness, balance, courage, etc., a process that often requires a time equivalent to countless lives, for trends and abilities develop most often over a long period of time. One life cannot explain the mystery of death before birth of innocent babies or the short life of a few months or a few years of some human beings, compared to the long life others have. Some people are rich, others poor, some healthy, others are sick, some are brilliant, others are stupid and in the context of a single life, this would be an injustice, blatant nonsense. In addition, the sentence to “eternal” hell of those who don’t acquire a Faith in God or don’t hear about the existence of Christ during one lifetime, as some dogmatic so-called Christians claim, is completely irrational, because it doesn’t give the opportunity to correct, to grow spiritually and to evolve gradually. 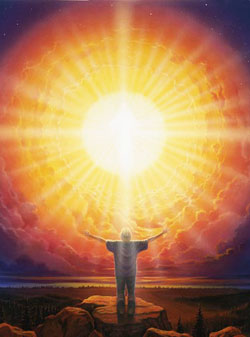 All these situations and facts must have a reason and the only natural and believable reason for all these is the divine law of generating cause and the compensating effect which governs the Universe (the Basic Law of Karma). Nobody is actually punished for their actions, but they only collect the compensating effects of their previous actions, which eventually makes them become responsible, correct their attitude and to assimilate their necessary spiritual lessons. The purpose of life is spiritual perfection and achievement of the communion with God, and not the punishment for the sins, even if the mistakes must be corrected and the lower tendencies of the human being have to be removed.

In the end, we can say that reincarnation prepares gradually, step by step, the human being to achieve perfection and the ultimate Realization, which sets the human being free from the cycle of births and deaths, leading her to full communion with God.