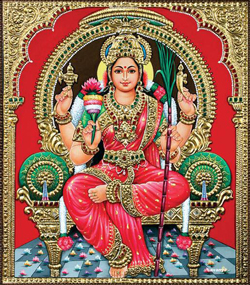 According to some opinions, the name Tripura comes from two words “Tui” and other “Pra”. Tui means water and Pra means near. This means that Tripura signifies a land with an area of water. Hence comes the transformation of Tuipra – in Tipra – and finally Tripura. According to the vision of other schools, Tripura is a Sanskrit version of Tripura – the name given to a tribe in the mountains. The Royal Administrator of the Princely state of Tripura originates from this tribe Tripura.

The history of the town Tripura is known from Mahabharata, Purana-s, columns and inscriptions from the time of Emperor Ashoka. It is said that during Mahabharata, there was a king named Maharaja Daitya. His son Tripura became in his turn a king of that land. According to Rajmala, the chronicler of those times, the name of the land or territory is named after the King’s name. So it was called Tripura. Decoding the inscriptions on the columns in the time of King Ashoka we learn that out of all the kingdoms, the town Tripura continued to exist for a long time. It is traditionally considered the preferential residence of Lord Shiva, Hinduism laying deep roots among the people of the town Tripura towards the end of the 15th century. Everywhere in India, Gomukh (the holy cow) is a cherished emblem. The old drinking water wells and water sources are often directed to flow through the gutters which are modeled as cow’s heads. Thus, the symbol of the town Tripura is considered to be the symbol of sacred cow in the North-East India.

The temple of Tripura Sundari is one of the oldest temples built in India. In ancient times they began the construction of Kamakhya Temple near Guwahati, a town in Assam and also the construction of  Kalighat Temple in Kolkata. In the princely state of Tripura, Maharaja Dhanya Manikya builds the Temple of Tripura Sundari in 1501 AD (1423 BE).
The statue of the goddess Tripura Sundari in this temple is made of stone. The statue is 1m and 57cm high and 64cm wide. It was installed on a stone altar. As it is described in the sacred texts, her right hand raised makes the Varmudra gesture or the gesture of blessing. In the other right hand down she holds a bow and some arrows. In the first left hand she holds a noose and in the other left hand down she holds a stake with which the elephants are led. But these are not distinctly visible to this statue. The goddess wears a crown on her head. She wears a garland of 13 skulls around her neck. Her face is oval with a small nose and a tiny pair of round eyes.

Although described in Dhyana-Shlokas-s as an extraordinarily graceful Great Cosmic Power, it is only rarely represented in iconography. There are very few statues dedicated to her, compared to other representations of the other Great Cosmic Powers; the few existent statues can be worshiped in the shivaic temples of South India. The worship of Tripura Sundari has known some flowering in Kashmir, where they made a few symbolic images of Hers but unfortunately they were not fully preserved. But it does not have much importance as her methods of worship are multiple, with great spiritual effects, through her mantra or the visualization of her specific Yantra (Sri Yantra).