Three undeniable proofs that freemasonry is a satanic sect

Albert Pike, the spider-demon and the hoofed “angels” 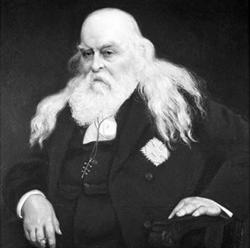 The more we find out about the freemasonry, the more we convince ourselves how evil this organization is. Disguised in the beautiful colours of a charitable and mutual charity society, freemasonry reveals itself at a closer approach in its true light, that of a satanic sect.

Freemasonry always claimed to worship the Great Architect as God. The statements of important freemasons, the symbols used in their rituals and the Masonic emblems prove that freemasonry is a satanic sect and that this Great Architect is not God, but Satan-Lucifer.

Albert Pike (pictured) has been one of the most prominent mason figures from the Scottish Communion, and his ideas were often labelled as satanic. Nevertheless in the January 1990 issue of the New Age Magazine, published by the Charleston USA branch of the Scottish Communion, the most important paper of Albert Pike – “Ethics and dogma”, written in 1871 –is introduced as the “Masonic guide for daily life”. (1) In another Masonic journal published in the Internet, also belonging to the Scottish Communion (Scottish Rite Journal) we find the following praises to Albert Pike, which proves the very important role he still plays in the Communion: “Brother Mark Twain once remarked that you could tell the character of a nation by the character of the men to whom it built monuments or the events it chooses to commemorate. That is probably true. It is certainly true in the case of Albert Pike, one of the most influential of American Freemasons. His name has been attached to schools, streets, scholarships, stained-glass windows, Masonic Lodges, and many other places. Even a special fragrance in men’s soap and cologne has been named after him.” (2) 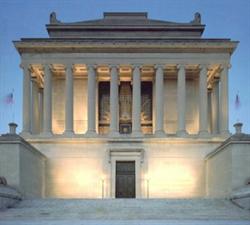 This significant reference may evince how much the mason “values” have hallmarked the modern society, which is quite alarming, considering the ideas preached by Albert Pike. The freemasons defend themselves trying to present Albert Pike as a marginal character, hardly read and known. How come then, that to the name of this “unimportant” figure the freemasonry raised a memorial, on the very spot of his grave, which is the House of Temple (pictured) from Washington DC? That is right the central headquarter of the Supreme Council of rank thirty-three from the Scottish Communion. To paraphrase the quotation mentioned before, we can say that we can tell the nature of the freemasonry according to the persons they raise monuments for.

In July- 1889, Albert Pike had to participate as the Sovereign Pontiff of the Universal Freemasonry (a very high rank in freemasonry) at the Convention of the Supreme Council from Paris, where they had to find a solution for a dispute between the French lodges and the English lodges. The conflict burst out on the verge of a key problem, that of the god that the freemasons worship. The French considered that there should not be another god but the human or humanity, conception that later gave birth to a new cultural trend, defined as humanism. The English did not agree and supported the necessity of the existence of a religious component. 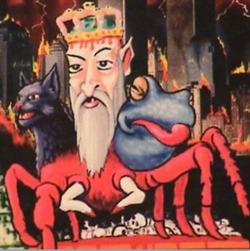 Albert Pike had the role to conciliate the two camps, with his high rank he was the one could say the true nature of the “god” the masons worship always without knowing. Due to some health trouble he could not go to France, therefore he sent a letter, from which fragments were reproduced in mason publication at that time, both in France and in England. He wrote: “That which we must say to the crowd is “We worship a God, but it is the God that one adores without superstition. To you, Sovereign Grand Inspectors General [of the 33rd degree], we say this, that you may repeat it to the Brethren of the 32nd, 31st, and 30th degrees: “The Masonic religion should be, by all of us initiates of the high degrees, maintained in the purity of the Luciferian Doctrine. […] the true and pure philosophic religion is the belief in Lucifer, the equal of God.” (3)


A terrible monster weaving his net across the world

No matter how much the freemasons will try to deny or hide the terrible truth revealed from the top of freemasonry by Albert Pike, the symbols, rituals and the effects of their actions still betray them. Certainly, most of the freemasons are just a mob for those at the higher ranks who know the nature of the being they serve and deliberately attract the others in this immense hoax, which is, obviously, Satanism. 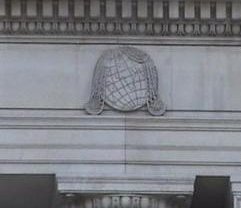 It’s only at rank thirty from the Scottish Communion, called the Royal Arch, that the masons receive the explicit proof that they worship a demon, a horrible monster. At this rank they are revealed the name and look of the Great Architect. Here is what Iuri Lina discovered: “The reality behind the scenes reveals itself to be completely different as one rises through the degrees. In Christian countries, freemasonry is portrayed as Christian, but in Islamic countries it wears a Muslim face. In reality, the order worships another being, the Great Architect of the Universe, Jahbulon, whose nature bears a strong resemblance to that of Lucifer. Only upon attaining a high degree is the freemason informed that the Great Architect of the Universe is called Jahbulon. In the degree called the Holy Royal Arch (13th), the appearance of the masonic god Jahbulon is revealed. He has a spider’s body and three heads – that of a cat, a toad, and a human head.”

The English researcher Stephen Knight made an interview with fifty-seven freemasons over the rank thirteen. They answered without problem to every question until it came to the issue of Jahbulon and they were asked: “And how are things with Jahbulon?” Knight says: “At that moment, things became tense, they tried to change the subject, they didn’t want to continue the interview or they said embarrassing lies.”

It is understandable why the freemasons avoid talking about this subject. They venerate a terrible demon, represented by a terrible corruption of the divine Trinity. This spider with three heads spreads his net over the entire planet to catch as many souls as possible in his trap. This is why at the entrance of every Masonic temple there is an earth globe, caught in a net. The same symbol appears on the flags of world organizations with Masonic origins as an expression of the current planetary Masonic trap.


Demons on the British masonry frontage 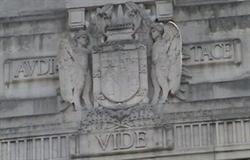 The Satanic symbols appear on the most important Masonic buildings. The central headquarters of the Great United Lodge of England from London, called Masonic Hall, the cradle of the modern freemasonry carries just above the entrance a Masonic emblem (pictured) which they spread all over the world. The same emblem even occurs as a signboard of a restaurant nearby, open for masons only. There it becomes conspicuous, as the beings displaying angel wings and hoofs instead of feet keep the shield from the middle, as if they were demons.

Under these hoofed angels, meaning fallen angels, there is this defining inscription for the freemasonry doctrine: “Audi, Vide, Tace” meaning “Hearing, Seeing, and Say Nothing” i.e. keep the secret no matter what you see or hear inside the freemasonry. This motto is an abbreviation from a Latin proverb “Audi, vide, tace si vis vivere (remanere) in pace” – “hear, see, and say nothing if you want to live/ be left in peace”. Meaningful, we may say, and perfectly illustrated by the fact that all those who will not conceal the freemasonry secrets are not left alive and in peace. 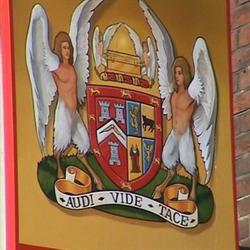 Freemasonry had to create a genuine conspiracy of silence just because of their satanic nature, which they had to keep secret. Should it be a charitable and mutual aid organization as alleged, why all these terrible oaths inflicted to all brothers for their silence? “I swear that I will never reveal the secret of the freemasonry only to a lodge brother and in the presence of the venerable great master. In case of deviation from this oath, I resign myself to this punishment: my tongue to be wrested, my heart to be pierced, and my body to be crushed and turned to ash for the wind”…this is what their oaths sound like.

This kind of “oaths” can only belong to a diabolic organization. In addition, the fact that they are not only an image is fully proved by the death under strange circumstances of some insiders who betrayed the freemasonry. (6)

There is much more to say on this subject, since all the Masonic symbols and rituals are strongly imbued by the satanic meaning. In all Masonic writings, we shall find the time measured in Anno Lucis not in Anno Domini-which means the age starting with the birth of Jesus Christ. Anno Lucis is four thousand years added to Anno Domini, so the year 2006 becomes 6006. The masons deny that they even measure time related to Lucifer, claiming that Lucis means light, and that it is the light of knowledge which is good. 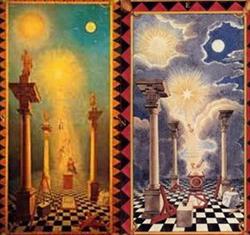 We can see the nature of this light in the next Masonic illustrations. In these illustrations the ritual of initiation in the first rank is given a symbolical representation. In the upper side of both pictures the Sun and Moon are represented, but it’s not the Sun always associated to God the Father that enlightens the lodge; there is another light, coming from a star. It’s the star that rises brightly and marks the beginning of a new era, The New World Order that is a central symbol in freemasonry. This bright star is the Morning Star, named by the ancient astronomers as it is the last star remaining in the sky, in the morning, competing with the Sun light, just like Lucifer. The latter one is also called “the child of the morning” and claims to be on a par with God.

Therefore, it turns obvious that even from the first steps in freemasonry everything spins around some satanic concepts and doctrines. What freemasons and their elders forget is that in the end the Sun light becomes so strong that no matter how bright the Morning Star can shine, it will eventually disappear for good. Its power is just fleeting, and the light it casts is but a pale reflection of the Sun light. Things will be he same with freemasonry, even if they temporarily succeeded to weave their net around this planet. To conclude in the words of a well-known author who disclosed freemasonry, he said: (4) “it carries within the seed of its own annihilation” by worshipping a being that opposes the divine order.

The freemasons – constructors and guards of the planetary illusion

The mysterious influences of colours over human beings

Fascinating Experience During the Yoga Class