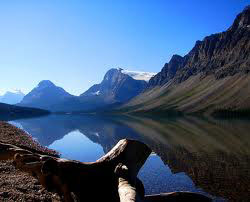 The type of meditation to which we refer does not involve the mental utterance of a MANTRA; it also does not involve any complex visualisations, no colours, no lights, no landscapes, no gods, no angels, no saints or other beings or entities that may guide us.  We refer here exclusively to meditations which directly target our divine essential nature, which is the Supreme Self (ATMAN).  We are not interested in anything else, we do not fall into reveries without a clear purpose, we are not interested at all by the experiences, no matter how complex, as all this belongs to the relative domain, i.e are part of the manifested world and, therefore, as they come, they eventually must go. In our meditation we aim to focus ourselves entirely on our deepest nature. This is a very abstract approach, Jnana yoga meditation or the corollary of this, ATMA YOGA.

However, how do we meditate?  How do we do what we want to call “meditation”? What do we think about? In what way? Where do we start and what must we do during meditation? These are natural questions, which occur mostly in the early stages of our practice. However, is good to mention from the beginning that there is no “manual” of meditation, which contains a set sequence of steps to be followed. If it were so rigid, meditation would turn quickly in an almost mechanical activity, being devoid of spontaneity and of unimaginable complexity due to the subtle nuances involved. This is why, the way meditation is done cannot be explained. The way we meditate is characteristic to every human being individually, a feature which depends on many factors, such as: personality, nature of the impurities covering the consciousness of their being, subtle trends, aspirations, etc. Therefore, we cannot draw a general rule in meditation, which is followed by all practitioners. What we can do however, is to mention a few landmarks and principal points of interest mainly involved in the process of meditation, so that they can be adjusted according to our specific needs.

In this text I will not remind you of the aspects that I am sure many of you already know, because they were probably presented in previous camps or specialised groups, such as: the position in which it is good to do meditation, the time which is most conducive for meditations, proper nutrition for successfully making long meditations, the mental state in which it is best to be when we start meditation, how to breathe during meditation etc. Also, we will not talk about the beginning stages of meditation, which aims at a particular organization and “levelling” of the mental flux, to become more focused and coherent. We believe that all these elements are well known; they are simple, easy to apply and constitute the yogi ABC in the mystery of meditation. In fact, from a certain stage of progress in the practice of meditation, they become, in a certain sense, some “automations”, because the mind is already controlled to a certain extent. Thus, a whole series of factors – such as body position, breathing, moment of time etc. – are almost automatically integrated through the power of habit and the “energetic matrix” that is specific to the meditation concerned. 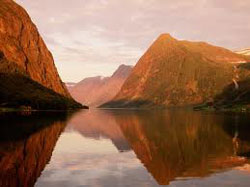 Let’s assume that every day we meditate for a certain period of time. All the elements involved in this process (both somatic cells (i.e, the body), as well as the psycho-mental ones) are important. Generally speaking, the condition of an element influences the condition of other elements. In other words, the ensemble of the mind and physical body function as a whole: a state or action in an area of this ensemble has consequences in another area. However, if, for example, the body position is comfortable and we feel good, without moving at all, and without causing discomfort in any area of the body, this is not a guarantee that the mind is equally as motionless and focused; it can roam very successfully, even if we keep the spine perfectly straight, even if our eyes are closed and even if we do not move at all. But, if the situation is reversed, i.e the mind is very focused and vigilant, then we can be sure that the body is still, that we do not lose attention and that, in some cases, we even completely lose the sensation of the contours of the physical form.

The main “difficulty” in meditation Self revelation is that there is no “support” the mind can cling to. The Supreme Self is just a notion in the beginning, which the mind tends to immediately dismiss because it does not find an element of comparison. From this we understand that the Self and the mind seem to be two different realities. We know, theoretically, that the Self is our ultimate nature, eternal and unchanging, thus it satisfies our real requirements. But the mind? Is it also a reality? Can there be two realities? If so, what exists between them? By investigating more closely: the mind, evidently , changes almost without interruption, “the material” by which it works is thought. We say: “Thoughts come and go.” That’s right, but as soon as a thought goes, a new one comes in its place, so that, apparently, there is no break between thoughts. They have an ephemeral characteristic, i.e appear and then disappear. Even when we say we are focused, in reality there is a rapid succession of thoughts, some very short, in this seemingly continuous mental flux. Therefore, if the mind is actually the work of thoughts and if thoughts are ephemeral, that means the mind itself is ephemeral, in other words it is not an independent reality.  If it was truly real, the mind ought to remain the same for eternity, unchanging and, in addition, not dependent on anyone or anything. Or, the mind is in continuous motion and change in almost every moment and its operation may be influenced by various factors both inside and outside the being.
Therefore we have a first fundamental conclusion: The Self is the only true existence, because, however and wherever we look for another reality outside it, we would reach the same result as in the case of the mind and that is, that everything is an emanation from the same source, which is unique (the Self). We could say that this was obvious anyway through our prior knowledge; we could say that we already knew this from lectures and from what we have heard before. This is true, but that knowledge was theoretical, when it is acquired through mental analysis during meditation, it is  practical, i.e supported by personal convictions.  This element is fundamental. Any step forward on the path of spiritual evolution and, implicitly, any progress in meditation occurs after a correct understanding that we obtain through an accumulation of knowledge. We will never reveal the Self based on theoretical knowledge, nor based on the accounts of others, but only as a result of an inner process of profound understanding, which takes place in our conscience. 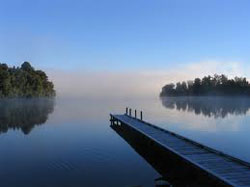 Every conclusion, no matter how obvious it is, should be grounded inside our mind and, furthermore, it must be repeated again and again, in successive meditations, to ensure its implementation deep in the consciousness. Otherwise, the mind does not become convinced of that conclusion, even if it seems to be clear to us. Again and again, without getting tired or bored, without irritation or annoyance, without agitation or superficiality, we have to review different subjects or aspects of our meditation, from different perspectives. In this way we gradually master better and better our knowledge of this reality. For example, the Self is the only reality. Strictly speaking, this is presented to us as being taken for granted and indeed, it is an obvious fact in itself, without necessarily requiring a demonstration, just as how we say it is not necessary to prove that light shines, because this is an obvious fact to everyone. But, even if the conscious mind has no problem (in the case of most people) to accept this concept about the Self, does not mean however that it is understood or that it allows it to establish in the existence of these beings. Let’s not forget that, in principle, the mind is really the ego, i.e that false structure of ideas and concepts which man has formed about himself, with which they associate a body form and a name. If the Self was recognized as the supreme reality and that everything arises from it, the mind and implicitly the ego would no longer have any base of support, meaning that they would no longer deceive the being, making it believe that it is physical body, the name on a ID card or passport, ideas about life or the emotions it experiences and with which it identifies almost completely in every day. From the role of authoritarian ruler of human life and destiny, the mind would then be forced to become a mere servant subject to the directives of the Supreme Consciousness, which is the Self. It is clear that the mind avoids this by all means and at first it will ignore knowledge of profound spiritual notions, only creating the impression that they are mastered. Paraphrasing a proverb, it is like “dogs bark, but the thief sees the road”, without being disturbed. Now we understand better why it is important to accord careful attention to any inner analysis, which must be repeated until they are completed assimilation.

Read here the second part of this article

The ideal of non-violence AHIMSA