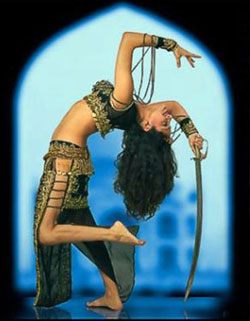 “… beauty is not a need, but an ecstasy,

it is not a thirsting mouth, nor an empty hand stretched forth,

But rather a heart enflamed and a soul enchanted.

It is not the image you would see or the song you would hear,

But rather an image you see though you close your eyes,

and a song you hear though you shut your ears.

It is not the sap within the furrowed bark, nor a wing attached to a
claw,

But rather a garden forever in bloom and a flock of angels forever
in flight.

Beauty is life when life unveils her holy face.”

Consciously or not, many people regain their inner balance and harmony watching or appreciating beauty. It is rather natural if we consider the fact that human psychic “feeds” itself with all the information received from the senses and the emotions that occur. Due to the fact that 70-90% of all the information the brain receives is visual, we can easily understand why it is highly necessary for us to watch things or beings, beautiful landscapes, especially when we’re feeling “blue”.

Even in ancient times, people appreciated and praised beauty in different ways and in each shape it was expressed – through dance, painting or sculpture, through inspired songs or through theatre. The contemplation of each manifestation of beauty induces profound states of consciousness, unique and ineffable feelings. 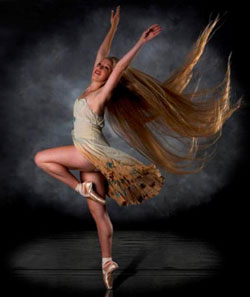 Full of life and passion, dance is one of the most beautiful of arts. Aristotle said that dance has its origin in the rhythm of the heartbeats. The need for dancing is the human need for rhythm. Dance offers various satisfactions, without forgetting the aesthetic ones. It teaches us to be harmonious in the whole language of gestures. Dance is emotion, the courage to surpass the spirit’s immobility and to manifest the life and the spark that burns inside our soul.

In the Orient, thousands of years ago, a show that the contemporary ignorance might call “striptease” had the esoteric initiating role of the Self – revelation. Those who watched these type of rituals experienced in the end a profound state of divine ecstasy in the moment when the woman, intensively transfigured, showed her body in all its splendor and perfection, after removing all that covered her – which symbolized, in fact, the subtle covers of human being – in the end revealing to the viewers the divine essence of manifested being.

“The Indian temple dancers or the so-called DEVADASI were divided in different categories. Experts in certain secret tantric branches made the most elevated category, and after years of practice, those dancers developed and perfected very good control upon different bodily functions.

In ancient Egypt, the beautiful court dancers or temple dancers were considered to have power over life and death; many of them became as influential as priestesses, because dance is the most adequate art form to express esoteric concepts which cannot be described by words and static images. Dance embodies in a very special way the entire scale of emotions; thus, it is able to reveal The Subtle Body of Tantra in its brightness.” (extract from The Alchemy of Ecstasy, volume II, by Nick Douglas and Penny Slinger).

What does it mean to be erotically satisfied? For the elderly, it goes beyond the…

The energy of the Godly masculine