What you need to know about the benefits and safety of kava kava for stress, anxiety, depression and sleeplessness

Kava Kava has an interesting history. It has been safely consumed ceremonially in the South Pacific and other parts of the world. The earliest European knowledge of Kava dates back to the late 1700s, with the journeys of Captain Cook. Today, usage of Kava beverages in tropical climates is similar to the use of alcoholic beverages in the West. However, the plant from which the beverage is made from was found to have useful properties for anxiety, hyperactivity, stress, and restlessness. 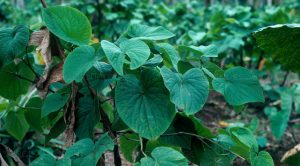 The known active ingredients in kava are phytochemicals called kavalactones. Six major kavalactones are used to identify the chemotype of variety as they represent greater than 90 percent of the total amount of kavalactones within the kava specimen. These kavalactones give kava its stress fighting, muscle relaxing, anxiety reducing effects. They are also very effective for depression and sleeplessness.

Kavalactones are responsible for kava root’s calming, anxiolytic, and in some cases euphoric effects. The kavalactones are concentrated in the rootstock and roots rather than in the aerial parts of the plant which include the stems and leaves.

Each kavalactone produces a somewhat different physiologic effect in the body and all of them working together are better than any one of them acting alone.

A study conducted at Duke University Medical Center showed that kava extract is safe for treating stress and anxiety. In this study, scientists used a standardized kava extract. Researchers Kathryn Connor, John Davidson and Erik Churchill found that “kava has several advantages over conventional pharmacologic treatments for anxiety-in clinical settings kava has been associated with better tolerability and lack of physiologic dependence and withdraw.”

In 2001, the FDA investigated alleged Kava Kava-related liver toxicity; the following year, Health Canada, among others, banned preparations containing Kava. Interestingly, these issues only became known when it became a consumer product. Here’s why:

Although the U.S. never banned Kava Kava, outright, FDA distrust of the product has lingered because the product’s safety remained unverified. Commenting on the current state of the North American Kava Kava market, Dr. Dahl says, “The U.S allows the over the counter sale for Kava Kava, but considers the product at risk since the safety standards have not yet been implemented. In Canada, the situation is a little different. All preparations containing Kava Kava were prohibited.”

He continued, “We are now the only licensed company in North America that has received the safety certification. All other companies are held as suspect and carry severe warnings. In the U.S., suppliers have umbrella protection under the Dietary Supplement Health and Education Act of 1994 (DSHEA). However, this will soon modify and will be regulated along the lines of the NHPD in Canada.”

Unlicensed kava is still classified by Health Canada as high risk, and selling unlicensed kava possesses several liability risks for both suppliers and retailers, as well as the safety risk for consumers. For three years, Life Choice has worked to legally bring their Kava Kava back to the market. In March 2012, Life Choice Kava became the first Kava to receive a Natural Product Number – and therefore, a green light – from Health Canada.

Life Choice is pioneering the legal reintroduction of Kava supplements into the North American market. Life Choice Kava uses the proper plant parts of the highest quality to ensure an effective, safe product. With an issue as prevalent as anxiety, it is critical that the product be both safe and effective. Life Choice has done its due diligence to make sure that these criteria are met. They are proud of this accomplishment, and hope that it is the first of many in the years to come.

Do you know what occurs if you drink coconut water for seven days?