Why Are Childhood Cancer Rates Up 40% in 16 Years? 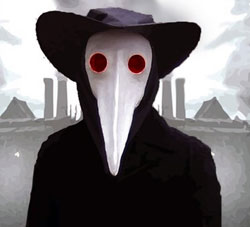 Cancer seems like a plague of the modern world. While we know that our ancestors were capable of being ravaged by this disease, they didn’t seem to suffer from cancer at anywhere near the same rate that we do now. In the year 1900, only 64 out of every 100,000 people died from cancer. Now the death rate from this disease is approaching 200 out of every 100,000 people on a yearly basis. And if you examined any human society before the year 1900, you’d find that cancer was incredibly rare. By all appearances, there is something about modern life that makes us far more susceptible to cancer.

Of course, mainstream science has offered a few reassuring explanations for this trend, and they’re not without merit. It could be that modern humans suffer from more cancer, simply because we’re capable of living longer. No matter how healthy you are, your chances of dying from cancer go up as you age; and before the industrial revolution, most people didn’t live very long.

Another factor to consider is the limitation of medical science in the past. Without modern technology, there were a lot of cancers that would have been difficult to diagnose. And until the 20th century, dissection was considered extremely taboo, or was outright forbidden in many societies. So unless the symptoms could be seen on the surface of a body, it would have been difficult to diagnose someone with cancer postmortem.

However, there is a problem with both of those ideas. Though they certainly explain a lot of the cancer cases in our society, they’re not applicable to the cancer rates that are seen in modern children.

Researchers with the charity Children with Cancer UK published data on that subject for the very first time in September 2016. They found that there are now 1,300 more child cancer cases in the UK than there were in 1998, which is roughly a 40% increase. The rise was most apparent in teenagers and young adults aged 15-24.

According to Dr. Denis Henshaw, an adviser with Children with Cancer UK: “Air pollution was by far the biggest culprit, accounting for around 40 per cent of the rise, but other elements of modern lifestyles are also to blame. Among these are obesity, pesticides and solvents inhaled during pregnancy, circadian rhythm disruption through too much bright light at night, radiation from X-rays and CT scans, smoking during and after pregnancy, magnetic fields from power lines, gadgets in homes, and potentially, radiation from mobile phones. 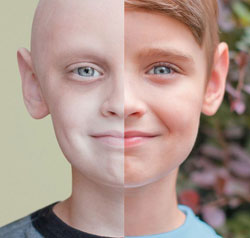 When you look at cancers such as childhood leukaemia there is no doubt that environmental factors are playing a big role. We were shocked to see the figures, and it’s modern lifestyle I’m afraid.

Many items on the list of environmental causes are now known to be carcinogenic, such as air pollution and pesticides and solvents. There has been good research to suggest a mother’s diet can damage DNA in cord blood. Light at night we know is very disruptive for the body, which is why shift workers have such bad health.”

Childhood cancer rates throw a wrench in the idea that we have more cancer because people are growing older in the modern world. These statistics also dispute the notion that cancer rates are increasing because medical technology and awareness are making it easier to diagnose someone with cancer.

Dr. Henshaw argued that some of these cases could be accounted for because of that, but we’re talking about kids living in a developed country in the modern world. How often do children in that situation go without receiving the level of medical care needed to identify cancer? This doesn’t happen very often. So if childhood cancer rates are going up, it’s obviously from environmental sources, and those sources are also hurting people of all ages.

It’s safe to say that cancer doesn’t happen naturally in most cases. It happens when you live in a world where being exposed to toxins is nearly inescapable.

How Dangerous Is Fluoride To Your Health?