final editing of the article by professor yoga Gregorian Bivolaru 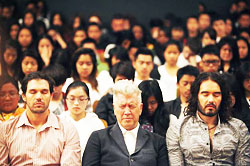 At a first glance, the program called Quiet Time is a strategy whose purpose is to reduce stress, a strategy now practiced by the students of the few of the schools of San Francisco (USA), as well as some schools on the West Coast. All these seem to be similar with the MANTRA uttering practices of the sixties. Twice a day, a gong can be heard in the classrooms, and after that, all those loud teenagers – even troublemakers, some of them – who are usually so nervous that they can’t stay still even for 10 seconds, close their eyes and seek out to calm their minds. Such a phenomenon has never before been encountered in the urban schools of America.

The practice of this type of simple, but efficient meditation deserves an adequate amount of attention from the parents and from those in charge of educational policies. A significant number of studies already show that the integration of yoga meditation into the daily routine of a school can significantly improve both the students’ lives and their performances. If Richard Carranza, school inspector – responsible for the schools of San Francisco – will be successful in his efforts to promote meditation, then the Quiet Time program might be adopted at the level of the entire city. If we take into consideration the example of the Visitacion Valley Middle School – which became the first public school of USA that enthusiastically adopted this program, in 2007 – we will easily understand why the inspector is so thrilled about the benefic effects of this program. 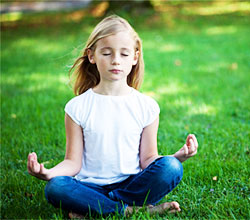 In the area of this school (Visitacion Valley Middle School), gunshots are something as common as birds chirping – no less than 9 incidents involving the use of firearms were recorded in the last month – and most of the students know at least one person who either was shot by someone, or even shot someone him/herself. Moreover, crimes are so frequent there that the school hired a full-time psycho-therapist to guide and counsel the students who suffered from trauma during such incidents

Just a few years ago, many of the students of this middle school were completely out of control: they would frequently engage into fights on the school corridors, they would fill all the walls with graffiti, and even talk aggressively to teachers. School absence and suspension rate were amongst the highest in the city. Teachers were simply overwhelmed; they would often call in sick in order to skip a couple of days of work. It is no wonder that school performances had to suffer from this situation. They tried all sorts of possible solutions: counseling programs, alternative education programs, extra-curricular programs, the introduction of some new sports into the curriculum, etc. but all of these, absolutely all of them proved to be a big letdown, causing very few benefic effects.

And still, nowadays – to everybody’s astonishment – these students are behaving thousands of times better. In the first year after the Quiet Time program was adopted, the number of suspensions dropped 45%. After four years from the implementing of the program, the suspension rate was amongst the lowest in the city. School presence increased by up to 98%, which is way above the city average. Students’ grades also increased. Approximately 20% of the graduates of the middle school were already admitted to Lowell High School, whereas before the implementation of the Quiet Time program, it was a rare thing for the students of this middle school to be accepted into this elite high school. Remarkably, the annual survey performed by the California Healthy Kidsassociation, stated that the highest levels of happiness in San Francisco were recorded among the students of this middle school. 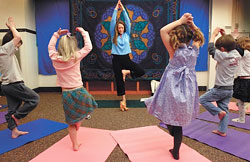 Similarly, the results were also obviously benefic in other three schools that adopted the Quiet Time program. For example, among the students of Burton High School, who all took part in this program, much lower levels of stress and depression were recorded, and a much higher state of self-confidence could be recorded. Stress levels being considerably lower, school and academic results also registered a significant improvement, especially among the students who had a hard time in school before taking part in this program. For example, in the case of the students who took part in this program, grades went up by a lot, compared to those of the students who didn’t take part in the program. Moreover, in the California Achievement Test, twice as many students from the schools that adopted Quiet Time got maximum results in English, in comparison to the students of a similar school that didn’t implement the respective program, and this difference is even higher in mathematics. Teachers are even saying that due to this transformation which occurred in the ambience of that place, they feel much less emotionally exhausted and are much more resistant. 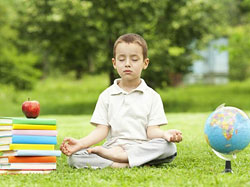 “The research I’ve conducted show that as a consequence to the implementation of the program, major benefic side effects have already occurred, regarding the students’ school achievements”, says inspector Carranza. “The new responsibility standards we are implementing together with other districts in the state of California underline the importance of psycho-emotional factors in the improvement of student life. Thus, we are pointing out that academic results are not the only ones that matter when all these are analyzed from this point of view. In this regard, we consider that the Quiet Time program can have a major benefic impact and I would be very happy if this program would be adopted by many other schools.”

The fact that this program is a sui generis remedy is obvious, because it offers the possibility of a significant benefic transformation for many students who would have even ended up dropping from school otherwise, and all these are sufficient reasons to make the practice of yogi meditation a basic work method in schools all around the world, not just in San Francisco.

Another asteroid destroyed by benefic extraterrestrials before impact with Earth, in Murmansk, Russia