Endgame: Disclosure and the Final Defeat of the Cabal (3)

In the blockbuster The Ascension Mysteries, you can read about the nearly ubiquitous presence of subliminal advertising in the media.

This symbolism is often sexual or occult in nature. There are hidden images in Cinderella’s dress in the poster, and it doesn’t take long to find it.
Her hand pulls up a wrinkle in her dress that makes an eye. The big crease along the bottom of the dress forms a warped, smiling troll mouth. The entire body of the dress below her super-small waist is the head. 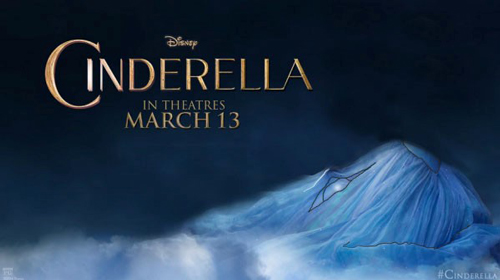 The folds of the dress give it dog-like whiskers, and this is a creature that is large enough to devour her in one bite.

Here is a sample from a 1990 MIT article on Wilson Bryan Key’s research:
“Key maintained that these messages do not appear by accident, coincidence, or as the work of an individual artist. Rather, advertising agencies spend three to five months and upwards of $50,000 to scrutinize every detail in each advertisement, he claimed….
When asked about death themes in the ads, Key responded that ‘if consciously perceived, you would probably run to the nearest Alcoholics Anonymous, but proprietary studies have shown the ads to’ work more often than they fail.”

Now let’s get back to the Friday the 13th release date.
On Friday the 13th of October, 1307, scores of Knight Templars were arrested by agents of King Philip and later tortured to death in what is known as the Templar Massacre.

The Knights Templar is a critical historical aspect of the Cabal. Whistle-blowers like Svali say the Cabal is the modern, more-disguised version of the Roman Empire after it conquered England beginning in 43 AD.

All the most recent episodes of the show Wisdom Teachings have been revealing these connections. 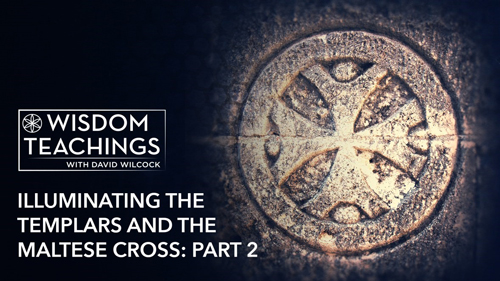 As it says in the Wikipedia entry: “The death of Caesar [in 44 BC] made the Ides of March a turning point in Roman history, as one of the events that marked the transition from the historical period known as the Roman Republic to the Roman Empire.”

Caesar had first invaded England just 10 years before his death, in what Historic UK calls “political propaganda”.
This, of course, immediately preceded the arrival of Christ, their greatest and most despised enemy.
March 13th is very close to a day associated with the birth of the Roman Empire. The Cabal very much wants to re-do this stunt again, this time calling it a “New World Order”.

If you want to understand the secret, occult religion of the Cabal or “Illuminati”, all roads lead to Rome.
Roman Empire, Knights Templar, assassinations, orphaned children, Forever 21, a hooded figure in black… and a waste clean-up truck claiming to be the “World Leader in Smart Waste and Recycling Solutions”.

One last thing to mention is that the Bigbelly affiliates listed for Italy (Alascom) and Lebanon (Vanilae) also have logos that may be tangentially similar to those in the FBI database.

ALASCOM is built of the same letters as CLOMAL, Child Love Online Media Activism, plus an extra S. Their logo has notable similarities to that of CLOMAL, as it appears in the FBI document. 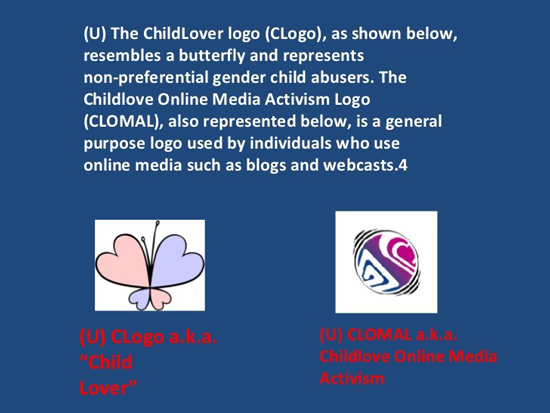 The two butterfly wings in the Vanilae logo are fairly similar to the larger and smaller pink hearts in the Child Lover logo.

The crescents appear again in their shapes as well. The inverse spaces of the circles look like an adult and a child with pointy noses facing each other.

The butterfly is a well-known symbol of Monarch mind-control programming, as many Cabal scholars have noted.

Also notice that the V and the A in Vanilae are stylized and could represent the “square and compass” of the Masonic symbol.

The second A in Vanilae has a leaf shape in it that could hint at the All-Seeing Eye. 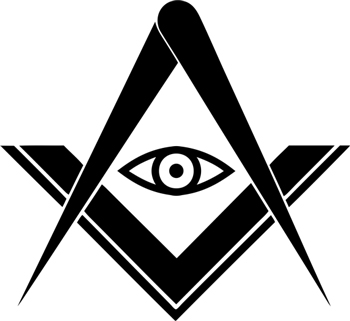 Vanilla is also the main flavour of ice cream… which is one of the keywords that appear all throughout the WikiLeaks emails in suggestive ways.
What kind of “trade” are they “uniting”?

Breaking out in a big way

The “Pizzagate” scandal was a top trending search term. Millions of people are now finding out about these horrific crimes for the first time.

Never before in modern history has any “conspiracy theory” spread this quickly. It is extremely shocking stuff and the evidence in favour of a cover-up is overwhelmingly massive.

If Pizzagate breaks through into an official FBI or NYPD mass arrest, the Cabal will be defeated right along with it – unless they have a truly magnificent distraction in store for us.

On Dec. 1st, 2016, Pizzagate was the number-one headline story on Digg.com, which presents the most viral stories on the internet each day.

This meant Pizzagate was the most popular story on the entire internet as of December 1st: 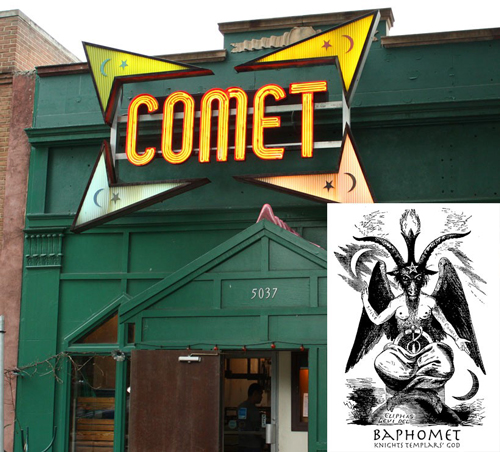 The crescents and stars in the Comet logo are familiar to Cabal scholars, as they appear around images of Baphomet, the goat-horned malefic deity.

The A-shaped wedges in which the crescents and stars appear again could imply the Masonic compass symbol.
As ugly as all of this might be, I represent one small part of an Alliance that has been trying to tell you about this for many, many years now.
In that sense it is a relief to finally see millions of people figuring out what has been going on this entire time.

The
Synchronicity Key bestseller goes into the science of how this works, with nearly 700 academic references.

When I used a screen-capture program to photograph the BBC article as Pizzagate skyrocketed to number-one on the internet, I got shocked by what I saw. It was the 666th image I had photographed by screen-capture. 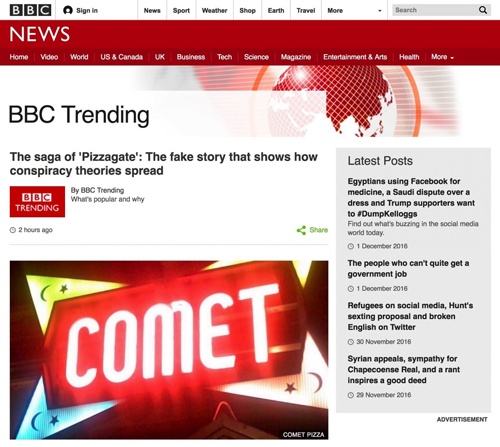 Here is what I actually saw in the screen capture program. I decided not to change the name of this image from its original default: screenshot_666.
I had to use a special keystroke to capture this image: 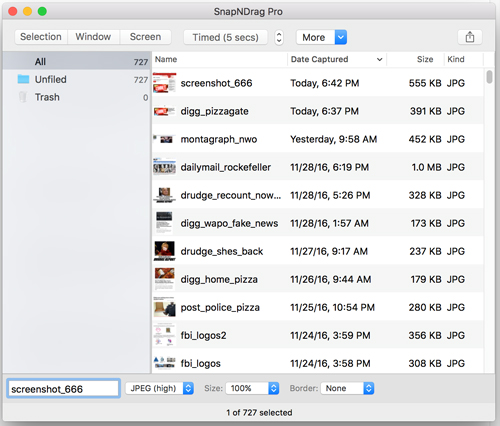 This may not seem significant to you, and you may want to laugh at me for pointing it out.

However, this phenomenon has happened very regularly when I write articles. In this case I believe it was intended to show that despite these media cover-ups, the public is now seeing the truth for what it really is.

The truly sinister aspects of the Cabal – a group engaging in occult practices controlling government and media at the highest levels – are finally visible.

Due to the insanity of Pizzagate, millions of people are just starting to figure out that there may be greater significance in our ancient spiritual texts than we realized.

“How art thou fallen from heaven, O Lucifer, son of the morning! How art thou cut down to the ground, which didst weaken the nations!” – Isaiah 14:12


Read the fourth part of this article

What If Gluten Intolerance is really GLYPHOSATE POISONING?