Even doctors are scared, advising against new «needleless» flu vaccine 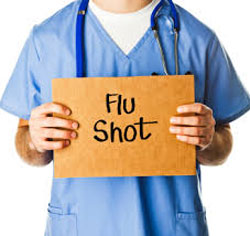 When medical doctors begin warning about the uselessness of certain vaccines, it becomes clear that the vaccine was never proven effective in clinical trials to begin with. If the vaccines in question were never proven effective before being rushed to market, then wouldnʼt that mean these products are just live experiments on the population? If the effectiveness of the vaccine is practically nonexistent, and the scientific process abandoned, how can people trust that it is even safe for them?

FluMist, the only flu vaccine that is taken orally, is essentially a con, offering no real protection from real world flu viruses. Even the governing body over vaccine supply, the CDCʼs Advisory Committee on Immunization Practices (ACIP), declined to recommend FluMist in June 2015, after it became clear that the product had only proven to be 3 percent effective over the previous three years.

In 2016 the ACIP was saying the same thing: FluMist is practically useless. Clinics are no longer ordering it, and distribution companies arenʼt even offering it to pharmacies. The consensus among pediatricians is for kids to skip FluMist, even though it is much easier to administer than actual flu shots.

Now that the CDC has warned that the past yearsʼ flu shots are less than 50 percent effective for predicting the circulating strains, many people are opting out.

Even so, flu shots are still widely recommended. They are so highly recommended in fact, that doctors even push pregnant women to take them, without any safety studies to back up that this practice is safe for the developing fetus.

AstraZeneca, the maker of FluMist, denies the claim that FluMist is ineffective; they even cited a Canadian study to prove that the drug is as effective as a flu shot (which still gives the product no merit at all). AstraZeneca cannot be trusted to provide good medicine anyway. After all, they are the developers of Nexium, which has faced numerous lawsuits from hundreds of victims who now have chronic kidney disease, renal failure and kidney failure thanks to the drug.

Another 20,000 or more plaintiff groups have taken on AstraZeneca in court over another of the companyʼs drugs, Seroquel. This drug causes patients to suffer from rapid weight gain, hyperglycemia and diabetes. So when AstraZeneca denies the ineffectiveness of FluMist and disputes the CDCʼs findings, they can only be seen as fighting arrogantly for another one of their worthless, harmful products.

Live viral shedding makes FluMist a danger to others, especially the immune-compromised

FluMist is produced with four “live” flu virus strains. Since it contains live virus strains, this vaccine is theoretically a threat to people with compromised immune systems who may be randomly subjected to the live viruses in their environment. Live virus vaccines shed for many weeks after a person is vaccinated, and this shedding may expose others to the viruses. Kids with asthma are put at risk, because these vaccine viruses draws a strong immune response from them, which easily leads to respiratory complications.

Vaccines focus only on one factor of immunity: exposure 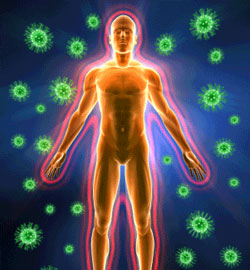 Instead of promising fake vaccine protection, isnʼt it time we started viewing human immunity as more than something that can be controlled by exposure shots alone? For the sake of the elderly and immune-compromised patients who die from the complications of the flu every year, isnʼt it time we focused on the other more important factors for strengthening human immunity?

Vaccines only focus on one aspect of human immunity: exposure to pathogens. These singular exposures rely on predictions from the pharmaceutical companies who grow the viruses in aborted fetal cell lines or animal cells. By nature, the guesswork protection wears off both quickly and unpredictably, leading to new outbreaks and mutating viruses.

There are several processes going on in the body that work together to provide immunity from disease. Interconnected systems of the human body are always at work, all the way down to individual cells and the mitochondrial ability to produce energy. For these natural systems to work optimally, they require diverse nutritional input, microbial utilization of nutritional components, management of waste through the lymph system, and strong emotions that can manage stress and internal conditions which are burdened by toxin overload. The irony in all this is that vaccines actually increase the toxin overload on the personʼs overall immune system, thereby weakening it.