Expressing and Receiving Gratitude Benefits Us More Than We Think 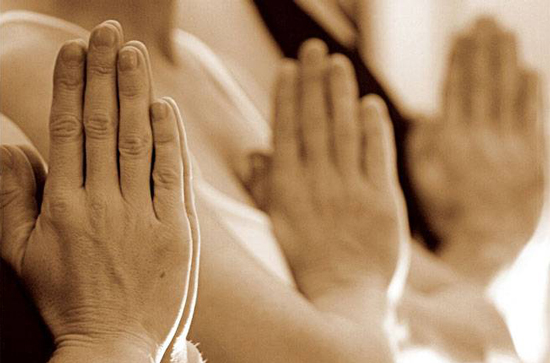 Helping others inadvertently helps us. Expressing appreciation – and being able to receive it – is a beneficial mood boost that shouldn’t be taken for granted.
Are you ever worried how your acts of appreciation will be received?
Researchers want you to scrap all of those fears. They say that all parties involved benefit from your thoughtful expressions.

Good News Network reports: “A pair of researchers have published the results of a series of trials in which they studied how people gave and received letters of gratitude. What they found was that expressing and receiving appreciation increased well-being for both parties – but people’s self-consciousness also made them less likely to express their appreciation in the first place.

In the experiments, the researchers asked hundreds of participants to write an email to someone close to them expressing their appreciation for the relationship and naming a specific example of how that person bettered their lives. The writers were then asked to predict the recipient’s possible reactions to the letter.

Across all races, gender, and age, the writers consistently underestimated the positive impact that the email would have on the recipient. They also assumed that the recipient would feel more awkward and uncomfortable over the letters than they actually were. Contrary to the writer’s belief, the letter recipients were consistently more appreciative, warm, surprised, and understanding to the emails than the writers predicted them to be.”

The researchers wrote in the journal Psychological Science that: “Expected awkwardness and mood were both correlated with participants’ willingness to express gratitude.
Wise decisions are guided by an accurate assessment of the expected value of action. Underestimating the value of prosocial actions, such as expressing gratitude, may keep people from engaging in behavior that would maximize their own – and others’ – well-being.”

Don’t hold back. There’s no need to worry. Think about something thoughtful somebody did for you – and thank them! It only takes a few minutes.
For example, thank someone who inspired you to strive to achieve greater consciousness, and as a result of this, transformed the course of your life.

‘Our minds can be hijacked’: the tech insiders who fear a smartphone dystopia (1)